Dating Statistics in the State of Wyoming

Whether it’s Valentine’s Day, Christmas or New Year’s Eve, it’s a great time to be thankful for having a significant other. If you have a spouse or partner in your life and you reside in the state of Wyoming, you should be very thankful!

When looking for a partner, whether online or in-person, most people would consider the appearance, personality, employment status, interests, and location as a deciding factor. The state of Wyoming is also known as the Cowboy or Equality State. It’s one of the few states where the male to female ratio is higher; 51 to 49%, according to a study from WalletHub. However, don’t let this statistic fool you. It’s also one of the worst states to be single. In fact, if you’re currently unattached and are looking for someone in Wyoming, you’d probably have a hard time.

Let’s examine a few statistics on dating in the Cowboy State.

As mentioned earlier, Wyoming might have a higher male to female ration but this gender imbalance isn’t necessarily because you’ll find more single men here. On the contrary, this is predominantly a mining-industry state which is traditionally a male-dominated field. According to a WalletHub study titled, “2018’s Best & Worst States for Singles,” Wyoming ranks 47th for gender balance! Locals are in Jackson Hole are not surprised either, because the motto amongst single men has always been “bring your own or wait your turn.”

In 2019, Wyoming ranked near the bottom in terms of the percentage of adults who are single, i.e. having ample dating opportunities. This state had the lowest share of single adults. But what if you were single and living in Wyoming, where would you find your future wife or husband? According to a 2017 American Community Survey, men should head to South Park where the male to female ratio is more in their favor (42:58). If you’re a woman, your knight in shining armor awaits in Teton Village where the male to female ratio is a whopping 77:23.

With the internet becoming the most popular medium for social interaction, it isn’t surprising that online dating is one of the leading ways that singles meet. In fact, online dating was a 2.1 billion dollar industry in 2018. Singles are more likely to meet their future partner online!

In Wyoming, many singles are using various dating platforms to meet their partners. Whether it’s a casual relationship, something long term or even for marriage, online dating has become very popular in the Equality state. But compared to other city states like New York and California, Wyoming ranked 15th for online dating opportunities. In terms of mobile dating opportunities, Wyoming grabbed the 23rd spot. There are a number of reasons for this. The most obvious is likely population. Compared to New York and California, Wyoming is far less populated. In addition, it was already established that there were fewer singles in this state. 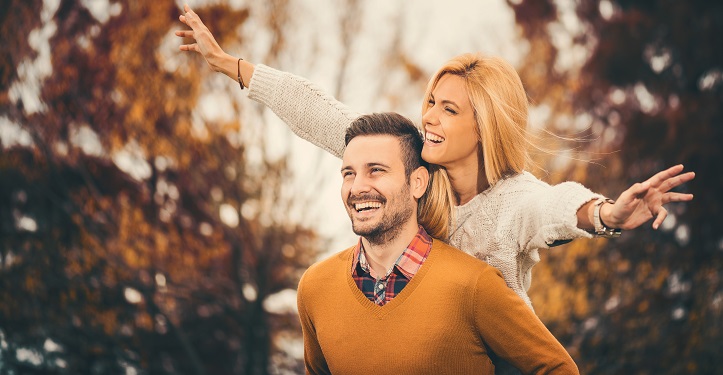 Many people opt for online dating for various reasons. From a casual meeting, a fun flirtation or a long-term relationship, the number of people who use online dating platforms has tripled in the last decade. But finding love has also become dangerous.

According to a 2018 initiative hosted by the FBI, there is a growing concern over people being swindled by ‘lovers’ online. This study found that Americans have lost nearly $230 million in catfishing schemes. What is catfishing? This is when someone is pretending to have a different identity (made up) on a dating site, chat site, or social network. They’re doing this to scam money from love-hopefuls. Catfishes do this for many reasons like seeking revenge, boredom, loneliness, scam, etc.

So, how does Wyoming fare in a confusing world? Luckily, a 2019 WalletHub study ranked Wyoming as the 6th safest state for online dating. In fact, cybercrimes related to romance frauds, personal data breaches, crimes committed on social media and violent threats were 0.03% less than the national average. Violent crime in Wyoming was 38.23% less than the national average in 2018.