Apple Computers: How it All Got Started and Where is the Company Today!

Apple Inc. is one of the leading multinational corporations in the world and is known the world over for the consumer electronics, personal computers and mobile phones it manufactures. It is the world’s largest IT company. It is renowned for the Mac, iPad, iPhone, and iPod products. Along with its phone and computer devices, Apple also offers the iOS and MacOS operating systems.

Steve Jobs, Steve Wozniak, and Ronald Wayne founded Apple in a garage in California on April 1, 1976. Wozniak had developed a computer, the Apple I and the three partners collaborated to form a company to sell this computer. They formed the company Apple Computer. It is believed that they chose this name as they wanted to be the first in the telephone directory. Wayne would later drop out of the company leaving behind Jobs and Wozniak to run the company.

The Apple II and the Apple III was subsequently released as improvements over Apple I. Graphics and color were added to the computer.

Apple went public and launched its IPO on December 12, 1980. This was one of the most successful IPOs and created many millionaires. 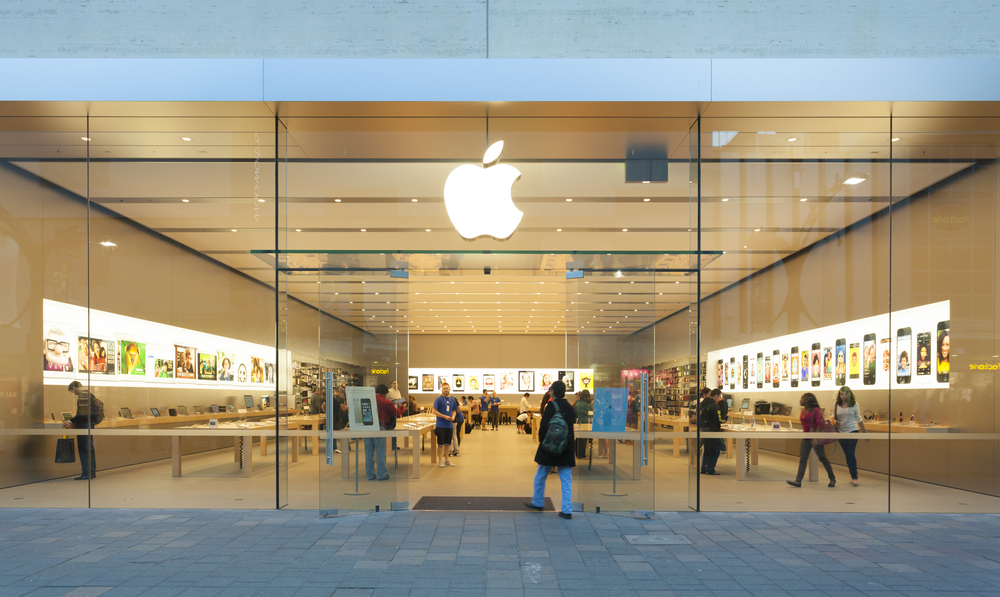 Macintosh, the growth phase and the dip

October 1983 was when Apple launched the Macintosh. An advertising blitz was used to launch the Mac.  The specialty of the Macintosh was its total Graphical user interface (GUI) design which was a rarity in the time of UNIX and DOS. The Mac was a major success for Apple and made it a name to reckon with in the computer industry.

John Sculley had taken over as CEO of Apple and there were internal differences over the business plan of Apple. This led to both Wozniak and Jobs leaving Apple. The Mac family continued to evolve under the leadership of Sculley. In 1987, Apple registered the domain Apple.com formally entering the Internet space.

With the arrival of Windows, Apple faced serious competition on the GUI front. They entered into a partnership with IBM and Motorola. They subsequently introduced the Power Macintosh line of computers. Apple started producing personal digital devices and introduced the Newton, Sculley’s pet project, in 1993.

After leaving Apple, Jobs had started NeXT. Apple purchased NeXT in 1996 and Jobs returned to the management of Apple. After the initial growth, things had begun to go bad. There was even a time when Apple was almost acquired by Sun Microsystems and IBM also had made an offer for Apple.

The comeback of Apple

In 1997, Steve Jobs was back in Apple and took over as interim CEO.  Apple started the Apple Stores, a direct sales outlet. The iMac was the next big project of Apple. In 1999, the PowerMac G4 was launched, this helped to popularize wireless LAN technology. Apple also entered into a partnership with Microsoft so that Microsoft Office would be launched for the Mac.

In the same year, Apple launched its music player the iPod which would see an unprecedented success. Apple launched iTunes in 2003, which revolutionized the digital music world. By 2010, 10 billion songs would have been downloaded from the iTunes online store.

Its continuous innovations have enabled Apple to be a leader in the field of consumer electronics, digital devices and computing. With a revenue of $265.59 billion, Apple remains one of the great companies in the IT sector.