The Ohio Penitentiary was a prison that ceased operation in 1984. However, it is one of the oldest prisons in the United States with a history of about 150 years. At the peak of its operations in 1955, the prison housed a little over 5000 prisoners. In the years that it was operational, the Ohio penitentiary has housed very famous personalities such as General John H Morgan, Chester Himes, and Sam Sheppard.

The Ohio State Prison has been the subject of many incidents that have been controversial. The fire that broke out at the penitentiary premises on April 21, 1930, was the most devastating and debilitating in the prison’s history. It is alleged that even as the fire spread rapidly and was apparently out of control, the guards did not unlock the cells which led to the gory death of many inmates.

In the 1950s as part of a clinical study, Chester Southam, an immunologist, and oncologist injected cancer cells into the skin of some inmates. The purpose of his study was to find out if the immune system would reject the cancer cells or if it would grow. The ethical nature of his research brought up a lot of furor in the medical fraternity. He was later accused of fraud, deceit, and unprofessional conduct that led to yearlong probation from practice. 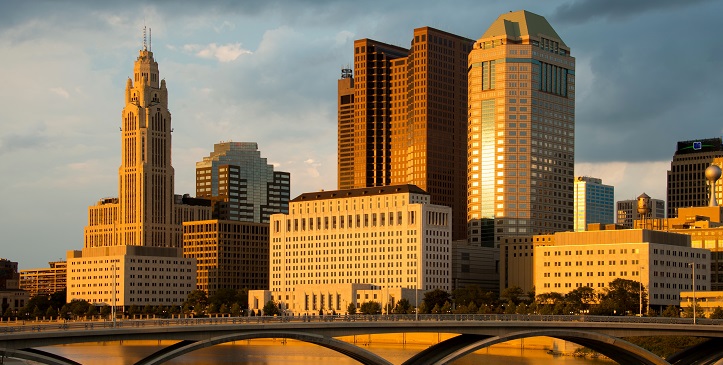 In 1952, a riot broke out in Ohio state prison which would later come to be known as the “Halloween Riot”. On October 31st during Halloween, growing demand among inmates for a better quality of food and facilities erupted into a riot with a few dead and several injured.

1984 saw the closure of the Ohio Penitentiary. The property and buildings were later sold to a commercial entity.

As is usual in various modern prisons across the country, the infrastructure at Ohio State Penitentiary also has various levels and tiers named as Levels. Each level houses inmates according to the risk factor involved in housing them. Some of them who are classified as those that cannot adapt to normal living conditions are extremely violent and gang ring leaders are placed in Level 5. Heightened security is implemented on this level.

The Accepting Responsibility Program: This program helps inmates realize and comprehend the root causes that led to their incarceration. This program aims to find a general change in behavior and conduct of inmates.

The Fear Program: This program helps inmates channelize, control and get over their emotions. They are educated on how anger and violence affect their counterparts and the people around them. They are taught and instructed on how to achieve peaceful means to an otherwise volatile situation.

Inside-Out-Exchange Program: This Inside-Out Exchange Program is a flagship program run in partnership with the Ohio State Penitentiary and the Ohio State University wherein college student and incarcerated inmates gather to learn in the same classroom. Inside -Out helps students, as well as inmates, come together and avail of an education that highlights collective learning and problem-solving.

Visitation timings: 8:30 am to 2:30 pm on Wednesday, Thursday, Friday, Saturday and Sunday