Security in the max

The Sing Sing Correctional Facility is situated in Ossining, in the State of New York, in the United States of America. It is a maximum-security prison whose origin can be traced way back to 1826. It is one of the oldest correctional prisons in America, besides being notorious throughout the country. Famed for its harsh and crude conditions, especially in the 19th and 20th centuries, Sing Sing is located on the banks of the Hudson River.

Its pristine location, nonetheless, has nothing to do with the atmosphere inside the facility. At the start, it was called Mount Pleasant Prison, constructed in practically a village, Ossining, approximately 50 kilometers or so, from New York City. Designed with the main aim of adding prison space, it took the place of Newgate Prison. In 1825, the building of the prison began, using inmate labor. This labor force was under the direction of a supervisor called Elam Lynds; he was warden of Auburn State Prison. 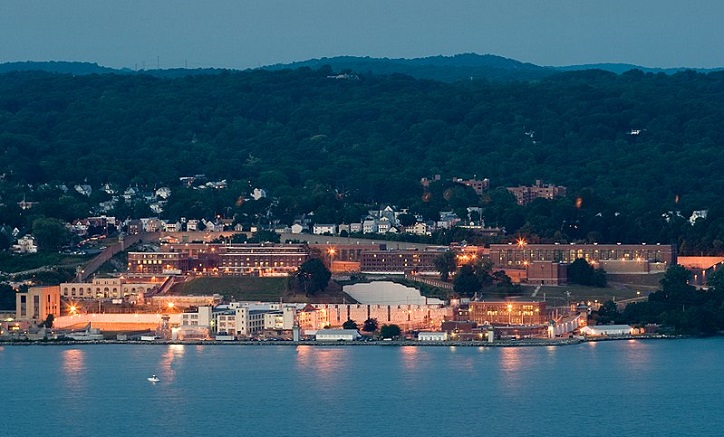 In 1826, the year the prison started, he was in charge of the prison. Construction wasn't completed till 1828. Originally, the facility had 800 cells, in a four-story prison complex. In the middle of the 19th century, when the population of inmates rose, the prison was expanded to a six-story facility where around 1,600 prisoners resided.

When Elam Lynds was the warden of Auburn Prison, he was asked to leave in 1838; there was some indication about his involvement in the death of an inmate who was grievously reprimanded for pretending to be ill. In spite of his reputation for "being a monster", Lynds was rehired by the Sing Sing Correctional Facility in 1843.

It was a frequent occurrence that an inmate would get beaten to a pulp at this facility. The cat-'o-nine-tails, a commonly used whipping device was often used to toe the line with inmates; the whip's lashes had metal tips. In 1848, the practice was abolished; it was barbaric, even for convicted felons. In 1891, when the electric chair was introduced, Sing Sing gained more notoriety for its executions.

There is, nevertheless, a silver lining to this horror story of a prison; Thomas Mott Osborne, an inmate reformer, developed theories to make the incarceration of prisoners a better experience; for the prisoners, and the officials. He himself was incarcerated at the prison in Auburn and was the warden at Sing Sing from 1914-1916. His reforms were later blocked, but during his appointment, the first kind of psychological therapy began with inmates. More reforms were enforced later.

The conditions within the prison improved and sports facilities were introduced. Today, there are a variety of programs for inmates; coping skills programs, aggression management programs, guidance, counseling and ministerial facilities, family reunion programs, substance abuse programs, and educational programs such as professional study courses, carpentry, electronics, and computer maintenance.

The Sing Sing Correctional Facility is situated in the county of Westchester, New York State. It falls within the jurisdiction of the Department of Corrections of the State of New York. The following are important details about the facility: