What is the Law on Riot in Arizona and What Are the Punishments for it?

According to federal law, a riot is considered an act of a public disturbance that has an element of violence caused by 1 or several persons gathered in a group that has a minimum of 3 people. Also, inciting a riot applies to an individual who participates in, encourages, and organizes a riot. The term rioter applies to any person who instigates or urges others to participate in a riot.

An individual is said to have committed a riot in Arizona when he or she acts with at least two persons or more than that to recklessly use violence or force or gives a threatening to use violence, or force, and when such threat is also associated with the instant power of execution that can cause disturbance to peace of the public. 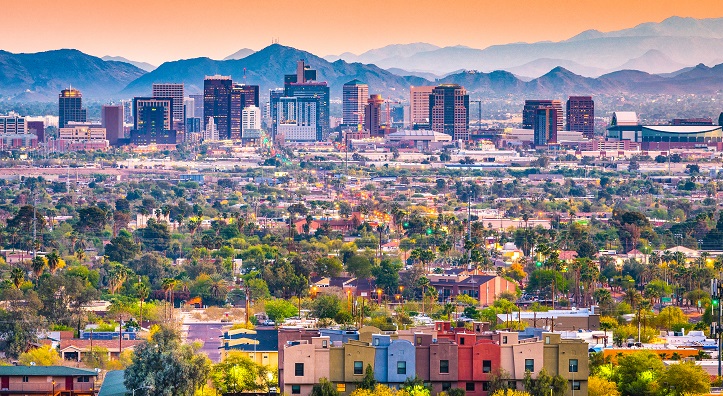 It is crucial to note that a riot can cause a substantial disturbance to the peace and may also undermine public order. As riots can have serious consequences including damage caused to someone else’s property, as well as a danger to the people who are involved, the rioters or people engaged in certain illegal acts related to riots can be slapped with severe criminal charges in the state of Arizona.

However, although riots are illegal activities and people whose involvement is established can be slapped with federal criminal charges, there may be a very thin demarcation between lawful protests and unlawful riots, which are safeguarded by the right to free speech defined in the constitution of the United States of America.

Punishment for Engaging in a Riot in Arizona

The state of Arizona considers riot a Class 5 felony if the defendant is convicted of the crime.

Any individual who belongs to emergency management or military affairs and participated in or causes any breach of peace or riot can be penalized based on the directions in a court-martial.

In case a person has been facing charges related to a riot, he/she should immediately get in touch with an experienced and knowledgeable criminal defense lawyer in the state so that they can be represented in the trial. Consulting a seasoned lawyer in such cases is extremely handy as they will prepare a strong defense for the accused.