What Is The Law On Trespass In Arkansas And What Are The Punishments For It?

Arkansas Code describes actions that amount to Criminal Trespass in Chapter 39 of Subtitle 4, which deals with offenses committed against property. The class of crime differs depending on the type of structure trespassed and the severity of the trespass. Criminal Trespass, upon conviction, is punishable by imprisonment, fine or both.

Let us find out more about Criminal Trespass law under Arkansas Code.

According to section 5-39-203, an individual is guilty of committing a Criminal Trespass under the following conditions:

An individual charged with Criminal Trespass is guilty of Class A Misdemeanor if:

o Any weapon with blades, firearm, or any other object meant for killing in the act of lawful hunting of wildlife, or lawful fishing, when not used for the purpose mentioned herein;

o Any device or object that is used for harvesting, where such a weapon is used to collect or gather a bulk of agricultural produce or natural resource or assist in such collection or accumulation

o Any device the primary purpose of which is to locate and unearth artifacts that are either buried or submerged.

o Any tool that can be used for cutting through fences or breaking locks, including, but not limited to bolt cutters.

An individual charged with Criminal Trespass is guilty of committing a Class B Misdemeanor if:

o Used for commercial purposes such as a business, profession or occupation;

o Used as a place for assembly for reasons of business, governmental, religious, entertainment, educational, or public transportation;

o Used as a place of residence by an individual either on a regular basis or used in the capacity of an overnight accommodation by the individual irrespective of his presence at all times; 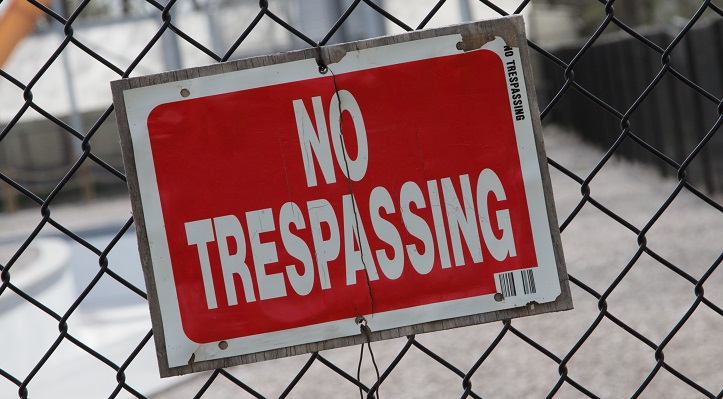 conduct not covered under the above two subsections of Criminal Trespass.

Punishment for Trespassing in Arkansas