The city of Auburn is located in eastern Alabama in the United States. It covers a land area of 58.07 square miles and was founded in 1836 by John Harper and settler from Georgia. It derives its name from "Sweet Auburn" in Oliver Goldsmith’s poem “The Deserted Village” and has its economy centered around the Auburn University which had opened in the year 1859. The city's unofficial nickname is “The Loveliest Village On The Plains”.

According to the United States Census Bureau, the latest population estimates of Auburn as on July 1, 2017, note that the city has 63,973 people and estimates that Auburn is the fastest growing city in Alabama with a population growth of more than three percent per year. In 2015, the city's population was noted to be at 62,059 and in 2010 it was at 53,380. 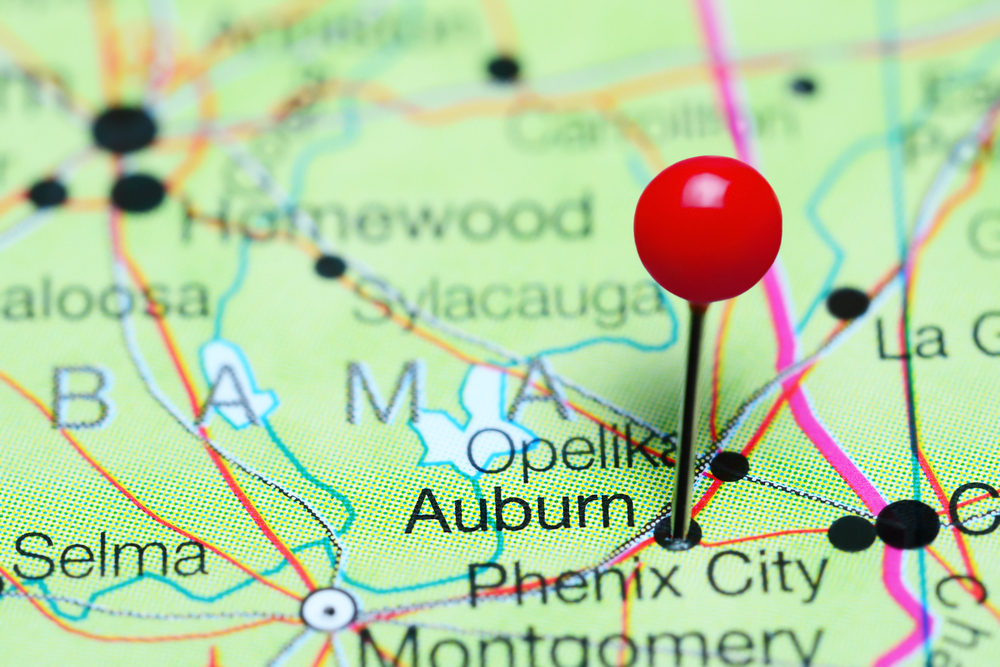 In the racial demographics, the city of Auburn is majorly filled with white people at 73.4 percent of the overall population while African Americans make up 18.3 percent, Hispanic people add up to 3.9 percent, 7.5 percent being Asians and other races amounting to 1.4 percent. About 8.8 percent of the people are foreign-born and 12.6 percent among them speak a language other than English at home.

Education and income in Auburn, Alabama

According to the US census records for the years 2011 to 2015, about 94.3 percent of the population above the age of 25 in Auburn have graduated from high school or have pursued further studies. Additionally, about 60.2 percent of the population of the city have attained a bachelor's degree or went for higher education, with 31.8 percent having a bachelor's degree, 28.4 percent pursuing a graduate or professional degree and 15.3 percent have attended some college without a degree.

Among the people of Auburn above the age of 16, 58.9 percent are in the civilian labor force and 54.1 percent among them are women. There are also 2,084 veterans in the population.

According to the Uniform Crime Reporting (UCR) program of the Federal Bureau of Investigations (FBI), a total of 1,722 criminal incidences were reported in the year of 2016. Among these were five cases of homicide, 11 cases of rape, 66 cases of assault, 207 cases of burglary, 1,341 cases of larceny, 92 cases of motor vehicle theft and 380 drug offences.

To combat these issues the law enforcement of Auburn currently has about 107 sworn police officers. Additionally, during 2016, law enforcement arrested a total of 2,547 people including 46 juvenile offenders and 2,501 adults.