Bisbee is a US city in the Cochise County of Arizona which is 92 miles southeast of Tucson. It is popularly referred to as the city of Mule Mountains of Southeast Arizona. Bisbee Mining and Historical Museum and the Bisbee Restoration museum are relevant to the city’s copper mining history. Bisbee was founded in 1880 as a mining town filled with copper, gold, and silver. The population began picking up between 1950 to 1960 with a nearly 160% increase and by 1960 the population peaked to about 9914. 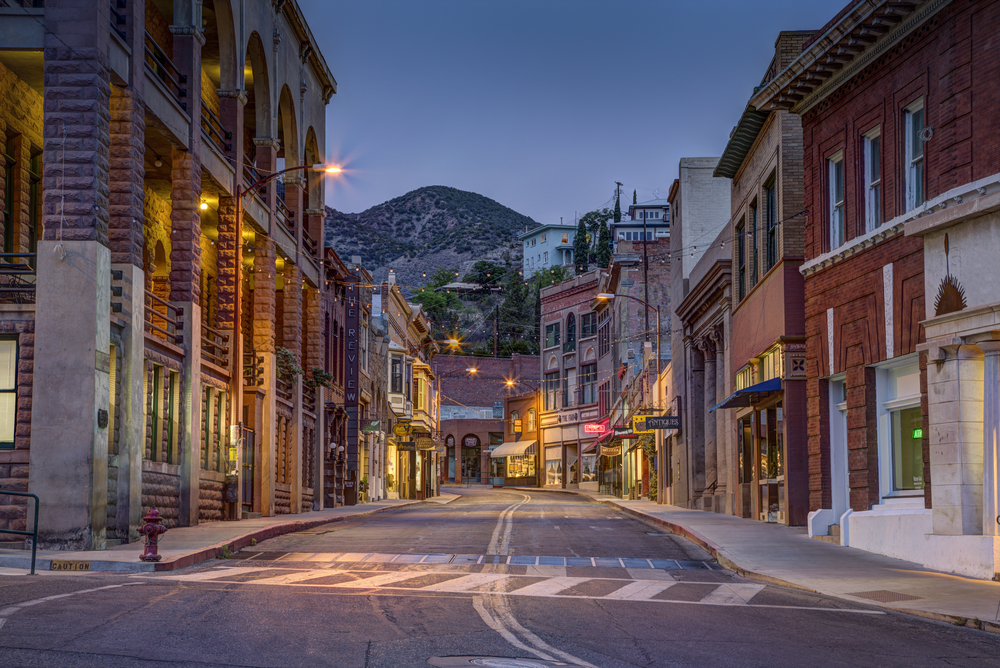 Bisbee has been praised by plenty of travel sites as a scenic mountainous area to a quaint and quiet downtown. The city has been regarded as a city of free thinkers and most of it has to do with the city's quirky attitude.

Natural vegetation around the city has an arid and semi-desert-like quality with shrubby bushes and trees growing everywhere. The town has a luxurious amount of native trees such as cypress, cottonwood, cedar, pines, palms, and the likes. Summers in this city are warm to hot and dry. Monsoon brings in the total annual rainfall of 18.63 inches. Winters are typically mild and sunny with occasional rainfall and snowfall.

According to the United States Census Bureau, the city has a total land area of 5.2 square miles. It includes three communities of Warren, Lowell and San Jose.

Bisbee is mostly a peaceful neighborhood and has an average crime rate of 12 per 1,000 residents, making the crime rate in the area about the average for all the cities and towns in America. As per the analysis, your chance of becoming a victim of crime in Bisbee is 1 in 83.

Although, Bisbee is not the safest neighborhood it is still safer than most cities in Arizona particularly and is pretty much a friendly neighborhood with a great modern vibe.

With controlled amounts of violence, the arrests are aptly normalized and not unusual. Petty thievery and small amounts of crime are the reason for the arrests.

Bisbee, Arizona has an average population of 5330. It is the 6186th biggest city in the USA and the population density is 1033 people per square mile.

58% of the population is constituted of whites adding up to 3016 people. This is followed by 39% Hispanic population which adds up to another 2029 people. Only 0.9% constitute African Americans and 0.5% are Asians.