What is the Law on Trespass in Connecticut and What are the Punishments for it?

If you enter into a property belonging to someone else by mistake, is it an offense? This is a question that you may have had in your mind. Trespass is an offense when you enter into land or building that belongs to another person without their permission. It is possible that you may enter by mistake or unknowingly, in which case you need to leave as soon as the owner asks you to leave. Failure to do so is an offense. The punishment for trespass depends on the laws outlined in the statutes of the respective state.

The act of first-degree criminal trespass is an offense where a person enters property or land belonging to another and remains there even though there is no authorization to enter or stays there even after the owner asks him to leave. It is an offense when a person not permitted to enter a property enters and remains there. This is also applicable in the case of public property where an order to leave issued by an authority is not followed. First-degree criminal trespass is a Class A misdemeanor as per the Connecticut laws.

Third-degree criminal trespass is applicable for an offense where a person gets in or stays in a property where he is not authorized to do so. It is an offense where the premises are enclosed or fenced. Entering public land that is fenced and enclosed without approval is also considered a third-degree criminal trespass. Anyone committing this offense is guilty of committing a Class C misdemeanor. If a person commits third-degree trespass for the purpose of fishing or hunting, it is then categorized as a Class B misdemeanor. 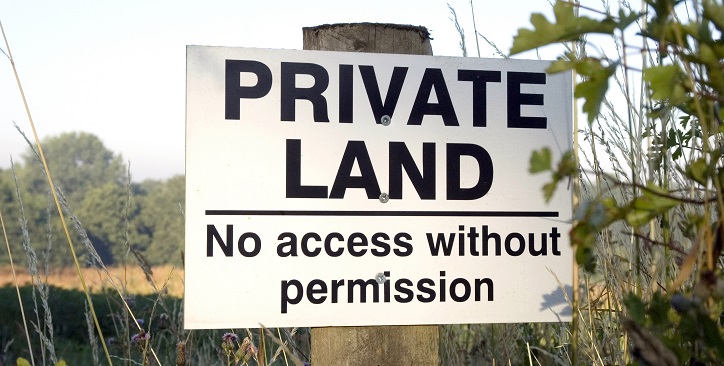 A person would defend himself from prosecution in trespass cases if the building entered is abandoned. It is also not an offense, if at the time of entry, the property was open to public and entry was made as per rules. A defense to prosecution is that the person believed that the owner of the premises would have permitted him to enter.

Punishment for Trespass in Connecticut

In Connecticut, trespass is a misdemeanor. The punishments as per the law for the different types of trespass are:

Simple trespass is an infraction. It is not an offense and the only punishment for an infraction is a fine that would be levied by the judge.