The city of Cottonwood is located in the Yavapai County in the state of Arizona. It is known as a retail and service center and can be found about 50 miles south of Flagstaff in the picturesque Verde Valley. The region was first used inhabited by soldiers from Camp Verde before settlers came trickling in. The town's name is based on a circle of 16 cottonwood trees where the community first developed near the Verde River. The city covers an area of 16.41 square miles. 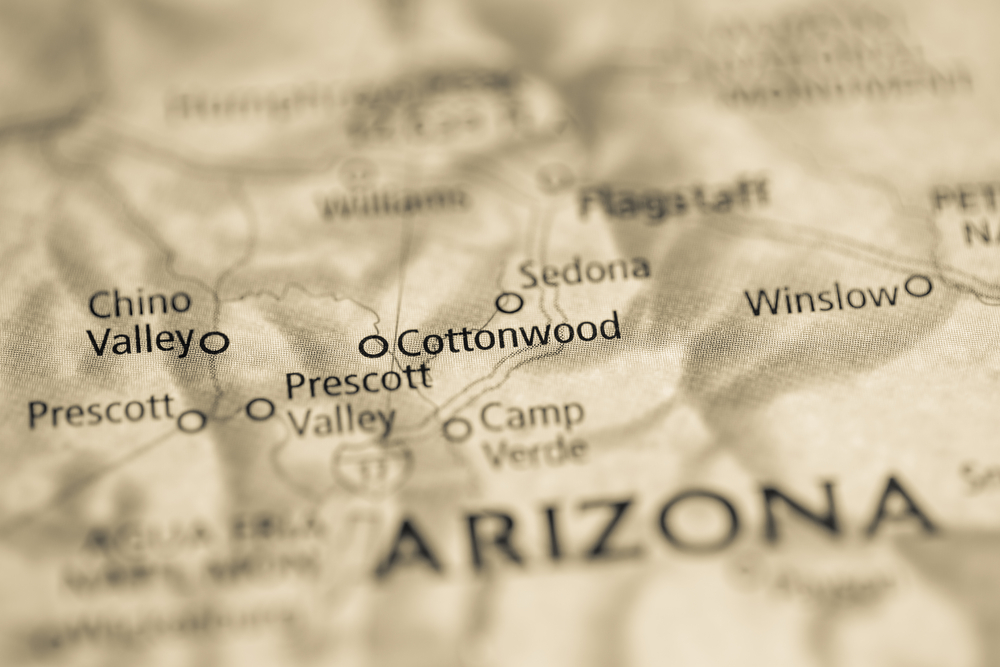 The city serves as the trading center for Verde Valley and has a wide variety of retail establishments, professional services, and manufacturing concerns. The town also relies on its travel and tourism industry. According to the Arizona Chamber of Commerce report, the civilian labor force comprised of 2,268 people in 1990 with 6.1 percent among the unemployed. In 2006, the number of people in the labor force increased to 5,109 people among whom 4 percent remained unemployed.

The US census notes that the median household income during the period between 2012 and 2016 was at $ 33,371 and the per capita income in 2016 was at $ 19,914. During this time, there was an estimate of 21.5 people living below the poverty line in Cottonwood. The US census further observed, in its latest estimates, that a majority of the population-- about 24.7 percent-- are aged above 65 years.

An approximate of 10.4 percent of the people in Cottonwood are foreign-born and 20.3 percent among them speak languages other than English at home. Further, about 85 percent of the population consists of white people while the Hispanic and Latino population make up about 22.5 percent. People of other racial and ethnic backgrounds in the city include 1.8 percent African Americans, 1.2 percent American Indians and Alaska natives, 0.2 percent Asians and 3.5 percent people of mixed-race backgrounds.

The Uniform Crime Reports (UCR) that are conducted by the Federal Bureau of Investigation (FBI) portrayed the crime statistics for this region. Here are the findings:

According to the 2016 Crime in the United States Report by the FBI, Cottonwood city had 43 cases of violent crimes, one case of rape, one case of robbery, 41 cases of aggravated assault, 496 cases of property crime, 66 burglaries, 404 larceny-theft cases, 26 cases of vehicle theft and 3 cases of arson.