Daphne is a city in Baldwin County, to the east of Mobile Bay’s shoreline. The city is situated at a distance of 170 miles from Alabama’s capital, Montgomery. Daphne is the most densely populated city in all of Baldwin County. The 2010 census put Daphne’s population at 21,570. An estimate made in 2017 put the cumulative figure at 25,960. The population density of Daphne is 1,511 people per sq mile. Daphne is also called “The Jubilee City” because it is one of the only two places in the world that hosts jubilees.

Daphne was originally inhabited by Native Americans from as early as 9,000 BC. The city became a part of the U.S. in 1814 after many wars and treaties. Daphne was colonized by a variety of European settlers. The Spanish were the first to stake a claim, then came the French. Eventually, the land passed over to British hands in 1763, the same year the community was founded. Britishers ceded the territory to the Spanish after the Treaty of Paris in 1783. Finally, the British were defeated in battle with Americans and Daphne came under American control. 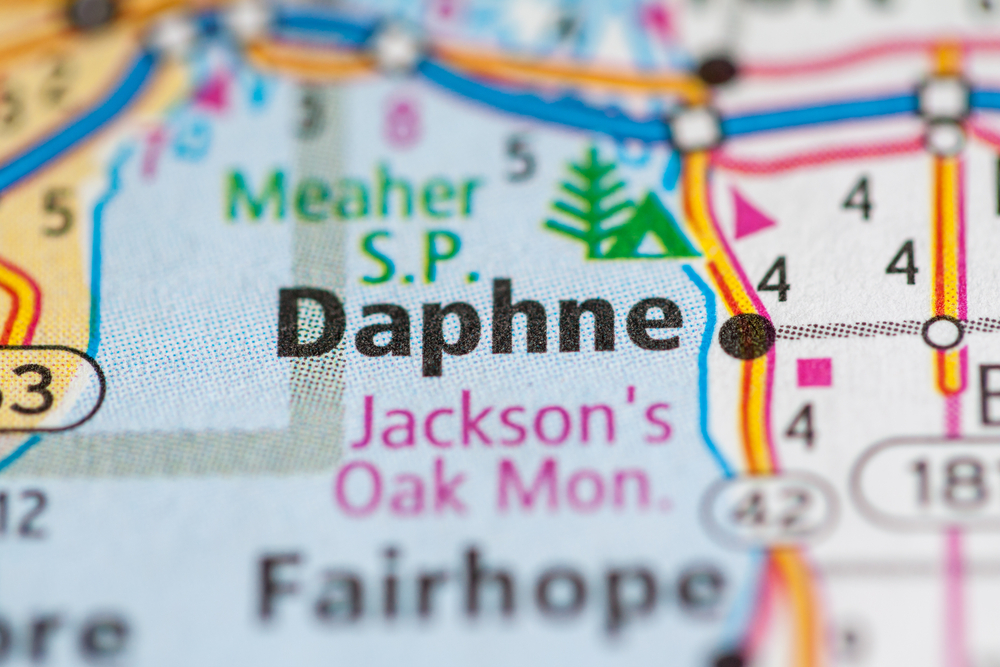 Daphne was officially named in 1874 when a post office was established in the region. It is one of the three cities collectively known to the locals as the Eastern Shore.

Daphne consists of 6,563 households as per 2010's census data. 84.10% of its citizens are White. Hispanics and African Americans make up the next major population demographics of the city. The household size average in Daphne is 2.41 people. 31.6% of its population falls in the 25-44 age bracket.

There are about 94.9 males for every 100 females in the population. The median income in a typical household of Daphne was estimated at $52,603. The median income for men was at least $15,000 more than women. The per capita income that the city recorded was $25,597. 4.5% of the city's population which consisted of 2.6% of its families fell below the poverty line. Healthcare, education and the social assistance sector employs the most number of people in the city. 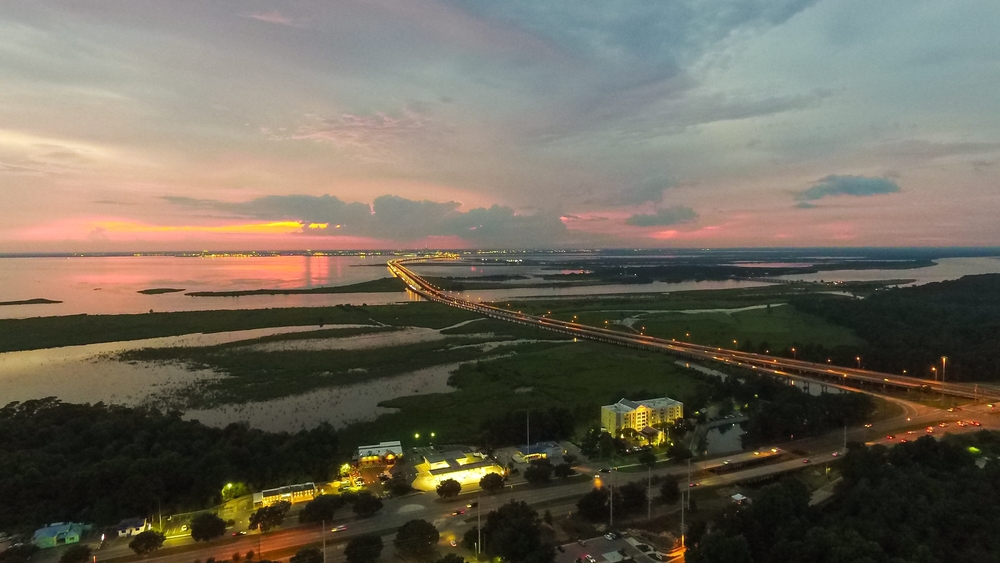 The average rate for violent crimes in Alabama is 5.32. So when your chance for being victim to a violent crime is 1:188 in Alabama, it is 1:740 in Daphne. About 3 cases of rape, 8 cases of robbery and 24 cases of assault are reported annually. The national average for each of these crimes is higher than Daphne’s recorded average.

Again, property crimes are committed at a rate of 29.48 every 1000 individuals in Alabama, i.e. much higher than Daphne's 19.41. So while your chances of being subject to property crime in Daphne is 1 in 52, it is more probable at 1 in 34 for the rest of Alabama. 70 cases of burglary, 413 cases of theft and 20 cases of motor vehicle theft are reported in Daphne every year. The incidence rate for all of these crimes is higher in the national average. However, the crime committed per square mile in Daphne is much higher than that of Alabama in totality. Daphne records 33 crimes per sq mile while Alabama only records 15 crimes every sq mile.

Daphne’s crime rate is 51% more than the rate existing in the rest of Alabama. If you are a resident of Daphne, you risk being on the receiving end of a property crime much more than being subject to a violent crime. Daphne is a reasonably safe city, although not the safest in Alabama.