Located in Okaloosa County in Florida, Destin is the principal city of the Crestview–Fort Walton Beach–Destin, Florida, and metropolitan area. Destin, located on Florida’s Emerald Coast, is a picturesque city outlined with pristine white beaches and clear green water. Its root traces back to a small fishing village and now the city is known as "The World's Luckiest Fishing Village", and allegedly has the largest fishing vessel fleet in the state of Florida.

Destin is the 177th largest community in Florida with a population of 13,654 people and six constituent neighborhoods. Although it’s not a very pricey city to live in, real estate values rank quite high in America.

With as much as 85.26 percent of the workforce employed in white-collar jobs, well above the national average, Destin can be called as a white-collar city. Among the overall population, a lot of people living in Destin are employed in management occupations (18.19 percent), sales jobs (16.81per cent), and office and administrative support (11.77 percent).

Like most other cities in the U.S., residents of Destin commute in private vehicles to reach their workplaces. Survey has shown that 89.71per cent of Destin’s residents drive alone to work on most days. Since most of the people residing in Destin have their own cars, the city doesn't have a public transportation system. 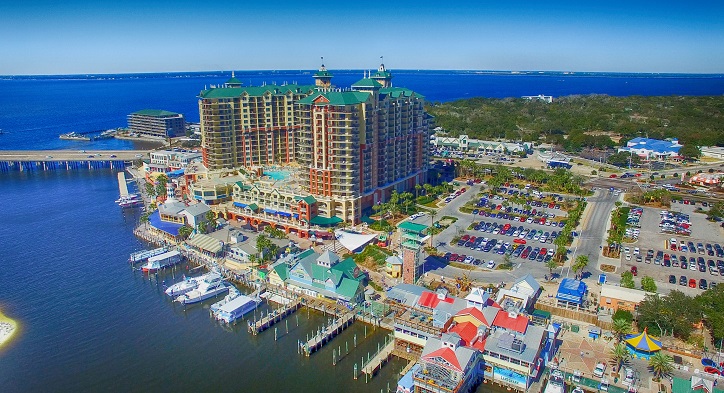 As far as education is concerned, Destin has a well-educated community with 39.89 percent of adults having a bachelor's degree or even an advanced degree.

It’s a relatively wealthy city with a per capita income of $40,065 in 2010, which makes it a relatively more well-off city in Florida and the nation. The annual income of Destin is $160,260 for a family of four. However, Destin has a mixed population and comprises both very rich and poor people.

With regard to population diversity, Destin has a mixed community. The population consists of many racial and ethnic groups, starting with Whites, Blacks or African-American. Also, many people residing in Destin trace their roots to Irish, English, Italian, and French origins. The language spoken in Destin is English followed Spanish and Portuguese.

With a crime index of 27, Destin is safer than 27 percent of other U.S. cities. The crime rate in Destin is considerably higher than the national average across all communities in the U.S. With 24 crimes per one thousand residents, Destin does not have an extremely high crime rate. However, Destin cannot be called as the safest city in the U.S.A. According to FBI crime date report, Destin cannot be called the safest place to live in the U.S.A. According to a recent survey, the chance of becoming a victim of either violent or property crime in Destin is 1 in 42. Violent crimes in Destin include murder, rape, robbery, and assault. Also, Destin has a high crime rate in relation to Florida. It is higher than 54 percent of Florida’s towns and cities. The chance that a person will become a victim of a violent crime in Destin is at a rate of 2 per one thousand inhabitants. 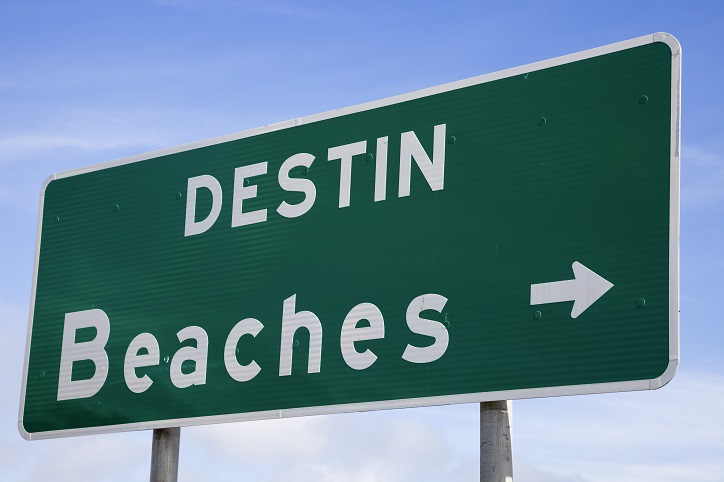 When it comes to property crime, Destin is a place where there is an above average chance of becoming a victim of a property crime, since the city’s rate for property crime is 22 per one thousand population. Property crimes include arson, motor vehicle theft, larceny, and burglary.

Destin is an extremely popular tourist destination and is comparatively a quieter place to live. With 40 crimes per square mile, Destin is relatively safer than most other cities in the U.S. However, it has a crime index of 27 which qualifies as not a very safe place to live in.