Great Neck is a region located in Long Island, New York covering a peninsula on the North Shore. The Great Neck includes nine villages of Great Neck, Great Neck Estates, Great Neck Plaza and a few other areas. It has a population of 10,218 people with three constituent neighborhoods and is the 187th largest community in New York.

With 89.71 percent of the workforce of Great Neck employed in white-collar jobs, which is quite above the average at a national level, it is decidedly a white-collar village. Most of the population in Great Neck is employed as professionals, sales and office workers and managers. Also, there are many people in Great Neck who work in sales jobs (17.56 percent), healthcare (13.52 percent), and management occupations (12.33 percent).

Another interesting fact about Great Neck is that a vast majority of the people of Great Neck telecommute to their jobs. The survey shows that about 8.58 percent of the workforce works from home and they are mostly employed in white-collar professions.

However, one downside of Great Neck is that it can take a long time to commute to work which is about 32.19 minutes, quite a bit higher than the national average. While public transit is mainly used to commute daily, many people also prefer walking as it is also a pedestrian-friendly village. Also, inhabitants of Great neck use the train to get to work every day though it is a relatively small village.

Also, Great Neck is home to people known as “urban sophisticates” who are educated and wealthy executives and professionals having refined tastes in books, food, and travel, although they may be living in a big city, or choosing to reside in a small town.

Great Neck fares well as a residential area, and it is a good choice for families with children because of several factors. Since families reside here, children develop social ties in the neighborhood.

The per capita income in Great Neck in 2010 was $39,142, which can be considered as upper-middle-income relative to New York, and it is also wealthier relative to the rest of the US.

Great Neck can be called an ethnically-diverse village. The greatest number of residents in Great Neck are Whites (81 percent), followed by Asian (9.4 percent) and Hispanic (7.8 percent). Inhabitants belong to different ancestries in Great Neck including Iranian, Russian, Polish, Israeli, and Irish. English is the most spoken language (47.1 percent) followed by Persian (23.9 percent). 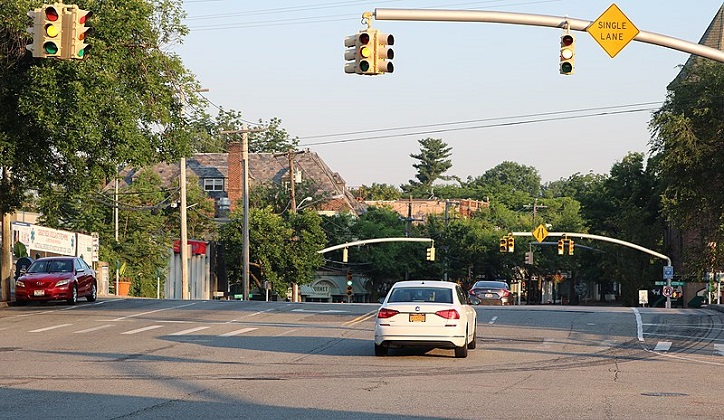 With a crime rate for both violent as well as property crime of 8 per 1,000 residents, Great Neck can boast of one of the lower crime rates in America. It has a crime index of 77 which means that is it safer than 77 percent of other U.S cities. If you are an inhabitant of Great Neck, your chance of becoming a victim of crime is one in 125. Compared to communities within New York, Great Neck‘s crime rate is lower than nearly 67 percent of the state's cities and towns.

NeighborhoodScout had analyzed Great Neck and found that the violent crime rate is well below the national average. Violent crimes like murder, assault, robbery, rape, murder and so on happen less frequently in Great Neck than in most of America. An individual’s chance of being a victim of some sort of a violent crime here is one in 3406.