What is the Law on Trespass in Hawaii and What are the Punishments for it?

Are you wondering what rights do the people of Hawaii have to recreate in someone else’s property or privately owned land? What are the landowner’s rights if there is some damage done to their property and in case of invasion of privacy? Can landowners legally exclude people from their land? All these questions are answered by the law on trespass in Hawaii. Trespassing is the act of one person deliberately entering or remaining in a place where he or she is not legally allowed. In many states in the USA, the property owner has the right to shoot a trespasser if he was warned before and asked to leave. Although trespassing is not considered a severe crime, it still can have severe consequences.

Any person in the USA who owns the private property has the right to close off the premises to the public, or he has the right to prohibit other people from recreation in his owned land. The owner has to put up a sign or mark the area as a design to keep the people outside the property. Even if there is no sign preventing trespassers from entering private property, the public cannot do whatever they like once they enter someone else’s property. Once the intruders cause any damage to the private property then the person will face serious penalties in the state of Hawaii. In a statutory trespass violation in the state of Hawaii, the damages may be tripled or doubled depending on the particular circumstances of the case.

Trespassing laws not only protect private property owners, but government lands are also protected by the trespass laws in Hawaii. Many government-owned areas such as military base have strict trespass laws guarding the area. Any person entering these places without proper authorization is immediately charged with trespassing.

Hawaii is a collection of various small islands. There is a lot of natural forests and picturesque beaches. If some of this woodland is owned by a private organization, entering the area without any authorization can be considered trespassing in Hawaii. 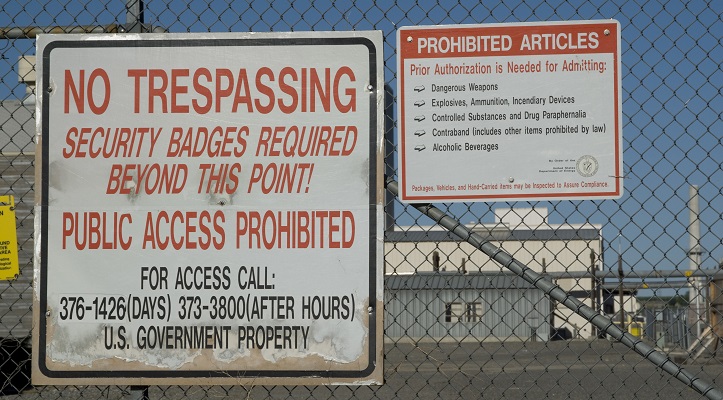 Law of Trespass in Hawaii

In the state of Hawaii, the laws of trespass are coded in §708-815 Simple trespass, of the 708. Offense Against Property Rights, under the Hawaii Penal Code. According to this code, a person can be convicted for trespassing if he or she intentionally enters or remains illegally upon or in the premises.

It is considered to be criminal trespass when the person enters and stays in a place where he is not licensed, privileged or invited to enter or remain.

There are two types of aggravated trespass coded under the trespass laws of Hawaii. The first one is the most severe one when a person enters another man’ home, dwelling or residence, without any authority or invitation. This is called criminal trespass in the first degree in the state of Hawaii. The second type of aggravated trespass is when a person enters an area that is enclosed or fenced. Both of these are considered a misdemeanor.

Penalty: Trespass is considered to be a misdemeanor in Hawaii, the punishment for which is up to one year in prison, along with or instead of a fine of up to $1000.