What is the Law on Trespass in Kansas and what are the Punishments for it?

In the United States, it is a violation of the law when a person Trespasses on private property without procuring the permission of the owner or without having any kind of official reason. Also, when a person is convicted with a charge of criminal trespass, it can have long-term effects and repercussions.

In Kansas, there are two kinds of trespass-civil and criminal. Park rangers, sheriffs, or police officers are responsible for the enforcement of criminal trespassing. On the other hand, civil trespassing needs a property owner to file a lawsuit for claiming any damage caused by the trespasser even when there was no crime on his/her land. Kansas has laws in place for both forms of trespassing.

The state of Kansas considers it unlawful to remain or enter any non-navigable water body, land, healthcare or nuclear facility, watercraft, aircraft, vehicle, or any land without the consent of an authorized person or the owner of that property.

The state stature considers the act as trespassing when there are postings or signs, or the land is enclosed, secure, or shut at passages of entry or there are locks, fences, walls, etc. 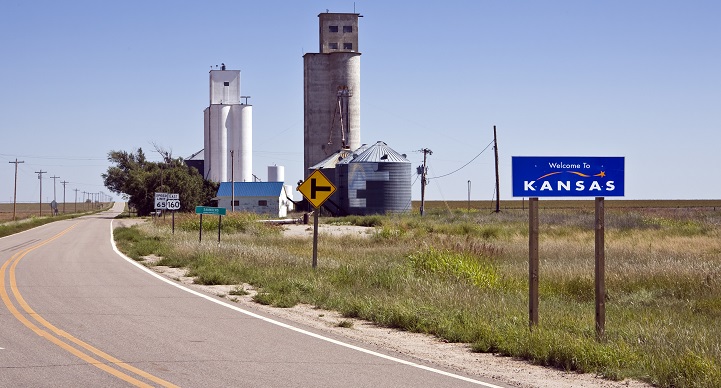 In Kansas, criminal trespassing is considered a Class B misdemeanor of nonperson type. The guilty can be punished by a prison term between 48 hours and a maximum of 6 months.

The state laws consider it an offense of trespassing if an individual enters private property without the consent of its owner and when there signs such as “no trespassing” posted or the land in question is fenced. On the other hand, entering private property with reluctance does not qualify to be civil trespass. Lawsuits related to civil trespassing in the state are usually initiated if a trespasser caused damage to the private property. It is required that the concerned property owner files a lawsuit against the accused and can be awarded monetary compensation and/or a restraining order from the court.

The state considers it illegal to try to access or access the computer network, programs, software, computer, property, data, computer-related documentation, or systems of another person without their consent. The state considers this kind of trespass a Class A misdemeanor of nonperson nature. The convicted can be penalized by a maximum prison term of 1 year. 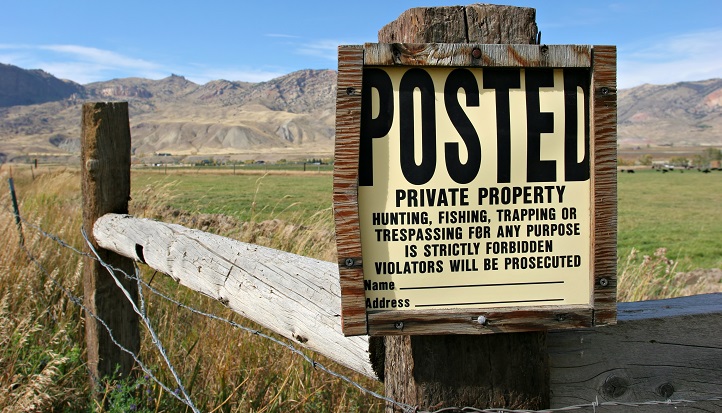 Licensed hunters are permitted in Kansas to trespass on private property in pursuit of a wounded game animal or bird. It is, however, important to point out that when the property owner issues an instruction for the hunter to vacate his/her premises, the latter should do so immediately. In case the hunter does not obey such an instruction, he/she will fall under the clauses of the state’s criminal trespass law.

According to Kansas statutes, it is illegal for any kind of domestic animal to run loose. In case the owners show negligence in the custody and care of their livestock, he/she may be held accountable for any form of damage caused by their animals to someone else’s property. When livestock trespass, as well as, damage the property of another person, the landowner can retain those animals until the owner of the livestock has paid them for damages.

In Kansas, it is a violation of the trespassing law when a person remains or enters a railroad property without the consent of the owner or their agent. When a person violates this law, it is regarded as a Class A misdemeanor, as well as, classified as a nonperson felony and severity level 8. It is so when the trespass leads to a monetary loss of over 1,500 USD, destruction or damage to railroad property.