DWI (driving while intoxicated) or DUI (driving under the influence) is a severe criminal offense. According to the DUI laws of Kentucky, it is unlawful to be in physical control or operate a vehicle in any of the circumstances below:

According to the drunk driving law of Kentucky, when there is a violation with the alcohol concentration in the blood being at .08 percent or more than that, it is regarded as a DUI “per se”. It can lead to a conviction in Kentucky irrespective of the level of impairment of the driver. The proportion of alcohol required to attain such BAC levels may differ based on the kind of alcohol consumed, body size, body, and gender of the driver.

Punishment for Drunk Driving in Kentucky

If the offender is at least 21-year-old in Kentucky:

The offense of drunk driving then is penalized by a prison term between 2 days and 1 month and/or a fine amount between 200 and 500 USD. It is possible for the offender to engage in a community service program in place of imprisonment and/or fine. When there are aggravating circumstances, the offender may have to serve a minimum jail term of 4 days. 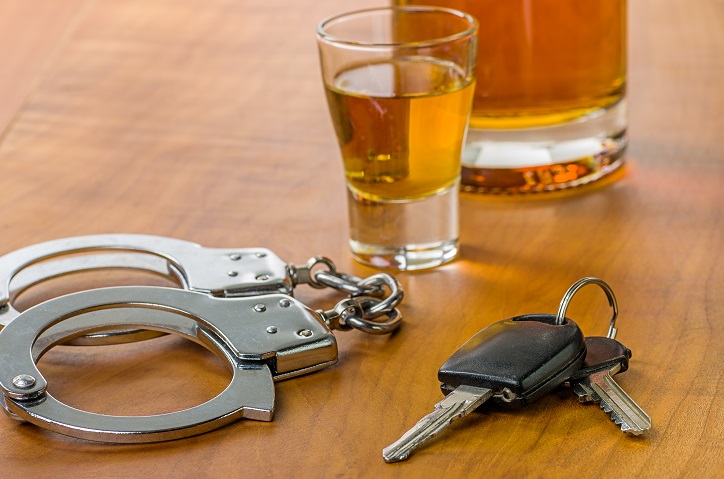 It is penalized by a prison term between 7 days and 6 months, a fine amount between 350 USD and 500 USD, and can be sentenced for community service with a duration between 10 days and 6 months. When aggravating circumstances exist, the offender has to be put behind the bars for a minimum of 2 weeks.

According to Kentucky drunk driving law, the offender is said to have committed a felony of type Class D. The offense is penalized by a jail term between 1 and 5 years, and/or a fine amount between 1,000 USD and 10,000 USD. In the presence of aggravating circumstances, the offender should serve a minimum prison term of 240 days.

According to the DUI laws of the state, when an offender is below 21 years, his/her license will be suspended for 1 month to 6 months. The offender also has to pay a fine amount of 100 USD to 500 USD or get engaged in community service for a duration of 20 hours. In case the offender’s BAC or blood alcohol concentration is at least .08 percent, the underage driver will have to face the same kind of punishments faced by an offender who is 21-year-old or more than that.