According to the DUI laws of Main, attempting to operate or operating a vehicle while:

According to the drunk driving laws of Maine, a driver is regarded as “under the influence” in case his/her physical or mental faculties to any extent are impaired by drugs, alcohol, or any other intoxicants.

“Attempting to operate” or “operating” a motor vehicle in the state does not essentially have to be actual movement. In Maine, the drunk driving law states that an impaired driver who has the intention to drive the motor vehicle and also takes a substantial step to do so for being convicted of an operating under the influence charge.

Punishment for Drunk Driving in Maine

The potential license-related punishments, fines and jail term for being convicted of an ODU are based on the count of previous ODU convictions the motorist has. Typically previous convictions against a motorist within the past 10 years are counted for the purpose of sentencing.

According to Maine drunk driving law, when the motorist commits the offense for the first time, there is a penalty of a maximum prison term of 12 months. If the offender refuses to undergo a BAC test, the penalty is a minimum prison term for 96 hours. There is also a fine amount between 500 USD and 2,000 USD. The license can be suspended for 150 days.

The convicted is penalized for a prison term of 7 days to one year. The minimum prison term is 12 days for refusing to undergo a BAC test. There is a fine amount between 700 USD and 2,000 USD. The license of the convicted motorist can be suspended for three years.

It is also referred to as the Class C felony. The convicted can be penalized for a prison term of 1 month to 5 years. The prison term will be a minimum of 40 days for refusing to undergo a BAC test. The guilty also has to pay a fine amount between 1,100 USD to 5,000 USD. The license can be suspended for 6 years for a drunk driving charge for the third time. 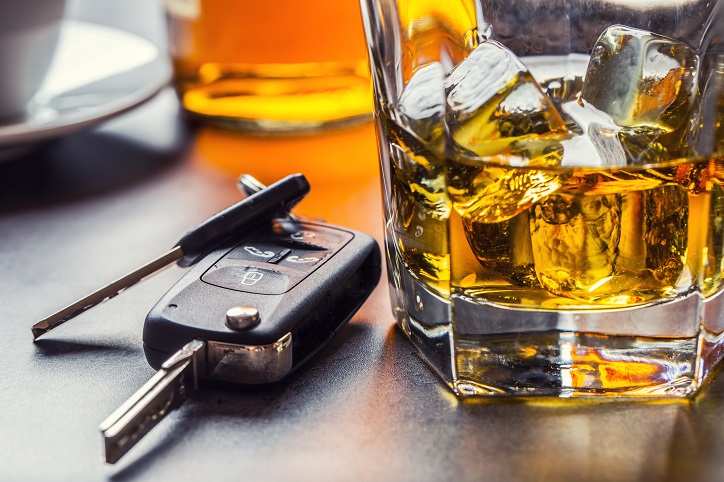 When an OUI is committed for the first time, it needs a compulsory jail term of 48 hours when the motorist had a minimum BAC of .15 percent, made an attempt to evade law enforcement, had a passenger in the vehicle below 21 years, or crossed the prescribed speed limit.

When an ODU conviction happens for the second or subsequent time, the driver has to undergo a drug and alcohol program.

According to the state DUI law, “implied consent” means that all motor drivers have given their consent impliedly to undergo a chemical test of urine, breath, or blood to ascertain the presence of alcohol and/or drugs. When a driver is legally arrested for driving a vehicle under the influence but refuses to test, his/her license is suspended for 275 days when it is the first offense. For a second-time offense, the license is suspended for 275 days and 4 years for a 3rd offense.

A driver is below 21 years is forbidden from having any amount of alcohol in their body when they are operating a motor vehicle. If the same is violated, there is a suspension for 12 months for the 1st offense. The suspension is imposed for 2 years when the offense is committed for the 2nd time. When an underage offender is transporting a minimum of 1 underage passenger (Below 21 years) while the offense is committed, there is an extra suspension time of 180 days.