The town of Marana is located northwest of Tucson in the Pima County in the state of Arizona, USA. It covers an area of 121.47 square miles and was named in the 19th century by railroad workers and was called Marana after the Spanish word for "thicket". The town's regional airport does not serve commercial airlines and residents have to travel to Tucson international airport in order to fly. 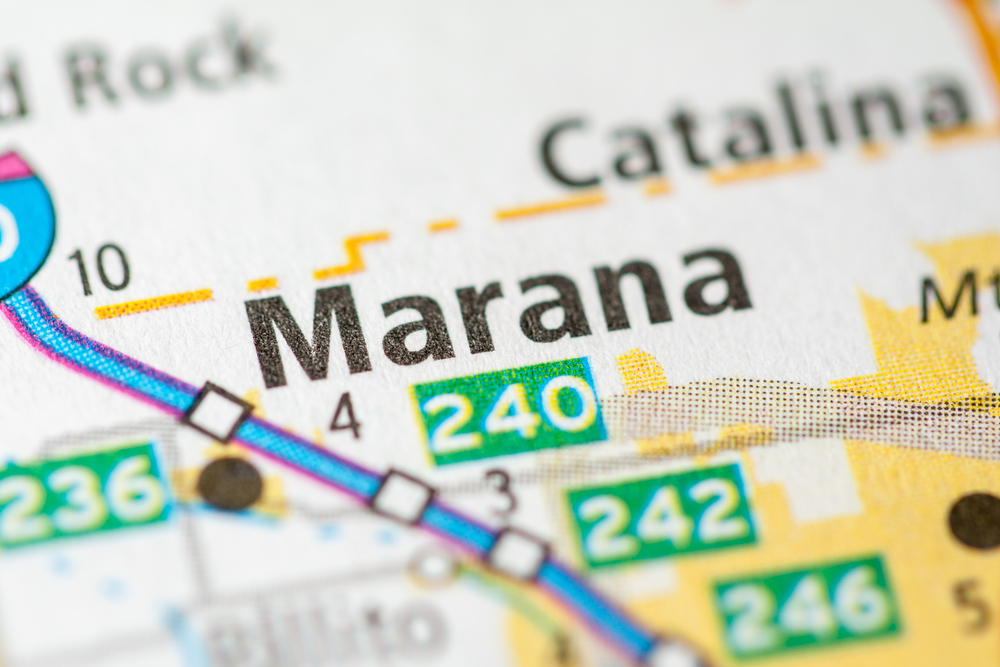 The United States Census Bureau estimates that the population of this town included 44,79 people as on July 1, 2017. The exact population census in April 2010 noted that there were 34,961 people in town.

Education and income in Marana Arizona

When it comes to education, it must be noted that a majority of the population in Marana-- that is a 26.39 per cent-- have acquired a bachelor's degree, while about 24.58 per cent have attended some college and 17.71 per cent has graduated from high school.

Marana has 211,877 people in the labor force, among whom 96.46 per cent of the people are employed, 118 people are in the armed forces and merely 3 per cent (656 people) remained unemployed according to the latest gathered data. There are a total of 18,879 dwellings in town along with about 2,905 firms, as accounted for in 2012.

The Council Executive Report of Marana as on December 2017 there were a total of 1,238 criminal incidences noted during the year of 2017. The recorded crime from 2012 to 2016 in Marana was found to pop up with an average of 92 cases annually.

The latest data notes that there were three cases of homicide, seven cases of sexual assault, 16 robberies, 20 cases of aggravated assault, 9 burglaries, 510 cases of larceny, 544 cases of shoplifting, 43 motor vehicle thefts and four cases of arson. Crime was more prevalent during the months of September (133 cases), December (134 cases), June (114 cases) and January (106 cases).

According to the Uniform Crime Report (UCR) by the Federal Bureau of Investigation (FBI) in the United States, there were 2,154 cases reported in Marana during the year of 2016. These included 40 cases of violent crimes, one case of murder and malignant manslaughter, eight cases of rape, 13 cases of robbery, 18 cases of aggravated assault, 1,045 cases of property crime, 66 burglaries, 947 cases of larceny-theft, 32 motor vehicle thefts and two cases of arson.