Situated in the American state of Florida, Marco Island is a coastal city with an approximate population of 17,847 residents. It is a medium-sized city and is Florida’s 148th largest community. Marco Island has six constituent neighborhoods.

For a change, the city is predominated by white-collar jobs as about 91.16 percent of its workforce is engaged in white-collar occupations, which is above the country’s mean. You will find that Marco Island is mostly a city with service providers, managers, office and sales workers. You will come across many such residents living in this city who are associated with food service (10.83 percent), sales jobs (17.37 percent), and management occupations (18.57 percent).

Importantly, Marco Island also has telecommuters who constitute a big percentage of its workforce. About 15.62 percent of its employees prefer to work from their homes. Although the percentage may appear to be small at first glance, it is quite high relative to the country. Such workers are usually associated with white-collar and knowledge-based occupations. For instance, you will come across a lot of people in Silicon Valley who telecommute. There is another group of workers operating from their houses which could be self-employed and run small businesses from their homes.

The overall crime rate of Macro Island is one of the lowest in America. Thus it is an extremely safe city for people to live.

Additionally, it is also imperative to point out that the city is a preferred destination for seasonal residents and tourists from different parts of the country. Thus, it is of little wonder that the city’s population goes up during the tourist season and comes down as soon as the season ends. The local economy of Marco Island is dependent on the tourist industry. 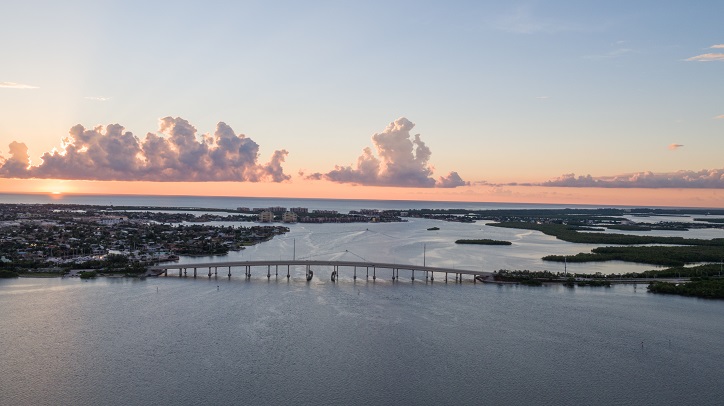 Marco Island has a crime index of 88 percent, signifying that it is safer in comparison to 88 percent of the cities in the United Nations of America.

The city has an extremely low crime rate of (combined rate of violent & property crime) of just 5 per one thousand inhabitants. Thus, it has a very low rate of crime in the country among all communities of different sizes. In fact, its crime rate is less in comparison to about 88 percent of the communities in America. A person’s probability of suffering a crime in the city is 1 in 186. As compared to other communities within the state, the crime rate of Marco Island is less than about 98 percent of the cities and towns of Florida.

When NeighborhoodScout analyzed the property crime in the city, it discovered that the rate of property crime here is below mean as compared to all towns and cities in America. It also signifies that a person’s probability of becoming a sufferer of incidents like burglary, vehicle theft, arson, or larceny in Marco Island is less than a majority of American communities.