The state of Maryland has implemented different classifications for intoxicated driving. However, these can be segregated into 2 major forms – Driving under the influence or DUI and driving while impaired or DWI.

According to Maryland drunk driving law, here are the meaning of DUIs and DWIs:

1. DUI: An individual can be charged with driving under the influence charge for driving when he/she has a BAC or blood alcohol content of at least .08 percent or is substantially impaired because of the consumption of a controlled substance or alcohol.

2. DWI: In Maryland, drivers can be charged with drunk driving if their normal condition gets affected to some extent because of alcohol. The intoxication level, in this case, is regarded as a lower standard as compared to that of driving under the influence.


According to the drunk driving laws of Maryland, a condition of intoxicated driving does not need that the motor vehicle has to be in a state of motion. If the ignition is on in a car that is parked or a person takes a nap in a moving car, it is also sufficient to charge the person.

In Maryland, the punishments for driving under the Influence depend on how many convictions the driver had in the past 10 years:

2. Second-time offense
If a person is found guilty of a DUI charge for the second time, he/she has to pay a fine of up to 2,000 USD and a maximum prison term of 2 years.

3. Third-time offense
When a person is convicted of a DUI charge for the third time, he/she has to serve a prison term of three years and pay a maximum fine of 3,000 USD.

Punishments for DWI Convictions in Maryland

In Maryland, the punishments for the DWI convictions are less stringent as compared to a DUI. However, they are also directed based on how many previous offenses were committed by the driver within the last 10 years.

1. First-time offense
The convicted has to serve a maximum jail term of 2 months and pay a maximum fine of 500 USD.

2. Second-time offense
The guilty are penalized by a maximum prison term of 1 year and a maximum fine of 500 USD.

3. Third-time offense
If a person is convicted with a DWI charge for the third time, he/she has to serve a maximum prison term of 3 years and a maximum fine of 3,000 USD. 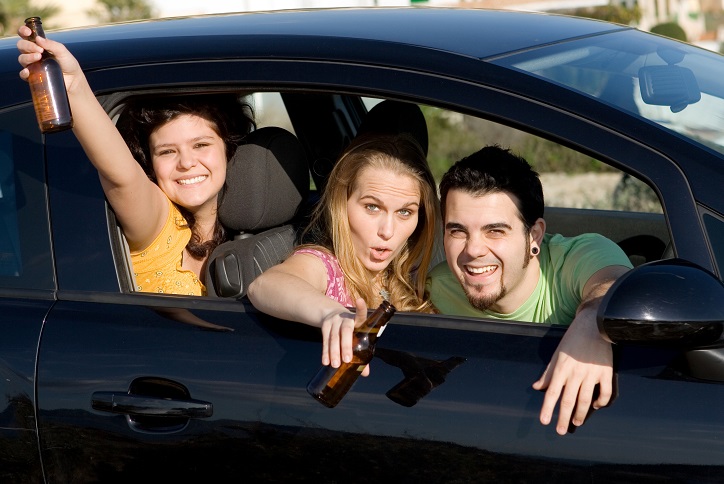 Typically, when a driver is convicted of driving while intoxicated, the state drunk driving laws impose license penalties for him/her. In Maryland, there are different kinds of license suspension.

1. First-time offense
If it is a first-time DUI conviction, the driver’s license is suspended for a period of 6 months.

2. Second-time offense
When a driver is charged with a second-time DUI in Maryland, his/her license can be suspended for 9 months.

3. Third-time offense
When a person is convicted for DUI charges for the third time, his/her license can be suspended for 12 months.

The drunk driving law in Maryland regarding implied consent mentions that all drivers in the state have given implied consent to undergo a test of their blood or breath. When the driver refuses or fails to undergo a test, the official has the authority to seize the license of the driver. The latter is forbidden from driving a vehicle for twelve hours after getting arrested.