What is the Law on Riot in Montana and What are the Punishments for it?

Riots can be disruptive and can affect the peaceful functioning of a community and a state as a whole. In order to disperse the crowd and restore peace, there are certain laws in place to punish those who take part in a riot or incite a riot. The state of Montana as well as its own laws in place to deal with riots. Before we take a look at the laws related to riots, it is important to understand what exactly a riot is.

A riot is said to occur when a group of people, generally five or more gather together with an intent to disrupt the peace by the use of violence. Riots are often accompanied by damage caused to the public as well as private property. A number of people can also face bodily harm if there is huge crowd rioting. Either way, riots lead to damage and deprive those nearby of peace.

Law on Riot in Montana

Punishment for Those Who is Guilty of the Offense of Rioting

In the state of Montana, those guilty of the offense of riot will have to serve not more than 6 months in prison. The accused may also be fined an amount that does not exceed five thousand dollars. In some cases the person found guilty has to pay the fine and serve the sentence in jail.

The state also has a provision for those who riot while they are serving their sentence in jail. If a person is found guilty of the offense of riot and engages in violent acts while he or she is serving a sentence in any city or county prison, the accused will be imprisoned for anywhere between one and five years. 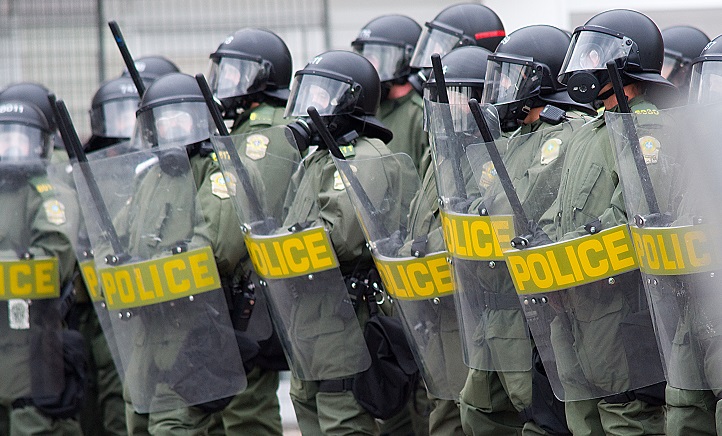 The state also has laws in place with regards to incitement to a riot which is covered in chapter 8, section 45-8-104. A person is said to be guilty of inciting a riot if he or she intentionally engages in behavior that urges others to riot. This, however, does not include the mere expression of ideas that do not urge violence.

The punishment for incitement of riots is the same as that of the offense of riots – a five hundred dollars fine and imprisonment for up to six months. Those who incite riots while incarcerated will have to serve a sentence of one to five years.

In the year 2017, the Montana legislation tabled a Bill that would prevent people from covering their faces when a protest turned into a riot. This was done in order to reduce the number of mass protests happening around the state. As per the Bill, an individual could be charged for wearing any sort of mask or hood that hides his or her face, or a part of the face in order to escape being identified while rioting. The bill was carried by Rep. Barry Usher with the intention of helping the police identify those causing the riot.