What are the Nebraska Loitering Laws?

Loitering involves remaining or lingering in a public place for no apparent reason, or an area you have previously been asked to vacate. In certain areas, wearing a mask in public areas to hide your identity is also considered to be loitering. Homeless loitering laws have been challenged over time and many laws and ordinances have been revised over the years. However, largely across the United States of America, loitering remains illegal and is considered a crime against society.

For many years, loitering has been treated as a preceding offense to other crimes as well as public disorder. Loitering could be an inherent preceding offense to drug dealing, begging, public drunkenness, prostitution, harassment, robbery, and the list goes on. So being seen in an area itself is not a crime, but rather the reason why you are there is what decided if you are guilty of loitering or not. Say for example you are standing near a school waiting for a friend to pick you up, you cannot be charged with loitering. However, if you have previously been asked by either the principal of the school or the security guard not to be seen wandering around the school and yet you are seen around the same school, you will be considered guilty of loitering.

Every state has various loitering laws that try to curb the issues caused due to loitering. Nebraska loitering law prevents people from lingering around public places with an illegal intention, or remaining in an area they have been asked to vacate previously.

Loitering laws Nebraska provides the police with a lesser offense that can be used to stop and confront suspicious individuals from hanging around high-crime areas. This is especially true when criminal intent is not really observed but is suspected. If there is no actual criminal act taking place, but the police suspect that there is the possibility of an illegal act ensuing, as per loitering law Nebraska, the police can ask the person or people to move on and vacate the area. If the person refuses to vacate the area even once asked by the police officer, they will be found guilty and will be given a punishment for loitering in Nebraska. Even though there are questions raised as to whether these loitering laws are constitutional or not, if cannot be denied that having strict loitering laws can help in controlling drug dealing, prostitution, aggressive begging and merely causing a public nuisance. 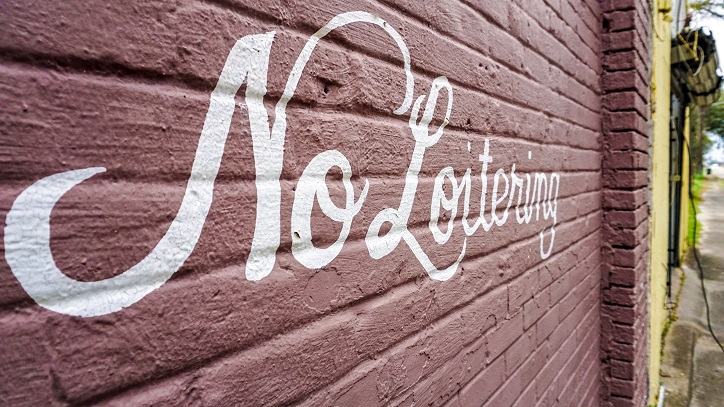 As per this section, a penal institution in Nebraska can include the following: