The United States Census Bureau, estimated New Smyrna Beach to have a total area of 37.8 square miles (98.0 km2). 34.6 square miles (89.7 km2) of land area, and 0.31 square miles (0.8 km2) of it (8.46%) as water area. It is surrounded by the city of Port Orange to the northwest, unincorporated Volusia County to the north, the census-designated place of Samsula-Spruce Creek falls to the west, whereas the cities of Edgewater and Bethune Beach and the Canaveral National Seashore to the south. 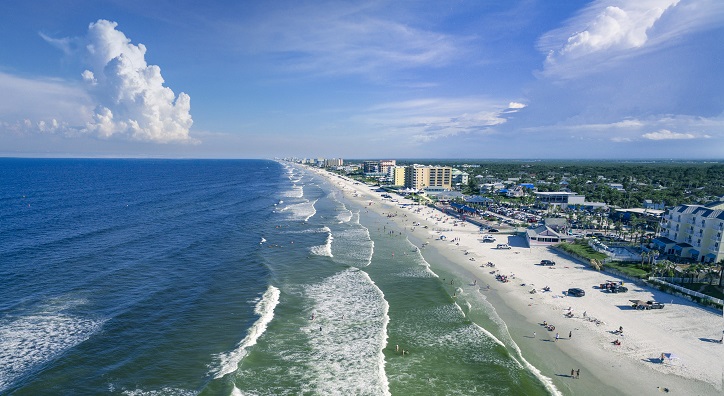 Approximately a total of 11,913 households and the median household income is $50,233. The most popular occupations are, by the number of people living in New Smyrna Beach, Florida, are Management, Business, Science, & Arts, Service, and Sales & Office.  Most skilled workers find employment in industries such as Legal; Food & Serving; and Fire Fighting Supervisors. However, the highest paid workers work are Health Practitioners; Management and Legal Practitioners. New Smyrna Beach, has lower than average national income gap, estimated to be 0.479 as per the Gini index.

The Federal Bureau of Investigation or FBI reported in 2016 that for every 100k people there is about 418 violent crime. Out of the reported 103 violent crimes in 2016, 4 were rape cases; robbery occurred in 7 while aggravated assault cases were 92. Violent crimes generally comprise crimes such as murder and non-negligent manslaughter, forcible rape, robbery, and aggravated assault. For 100k people property crime occurs 3,407 number of times. Property crimes include the offenses of burglary, larceny-theft, motor vehicle theft, and arson. Out of the 840 cases reported burglary cases were 166, larceny-theft cases were 626 and motor vehicle theft cases were 48. 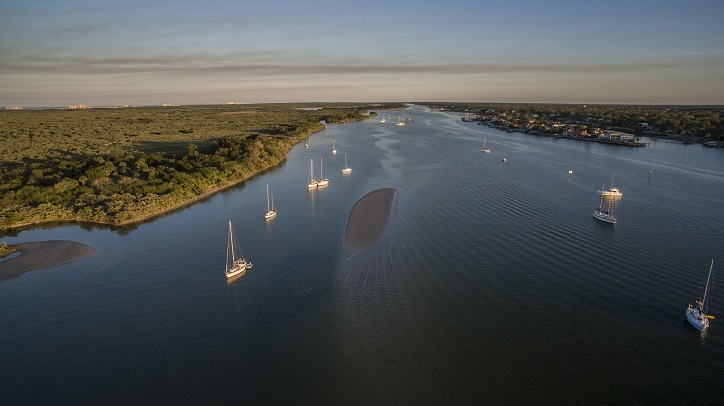 NeighborhoodScout noted that New Smyrna Beach in comparison to other communities of the similar population has a crime rate, violent and property crimes combined much higher than the national average. It has been noted that there is a chance that a person will become a victim of a violent crime in New Smyrna Beach in 1 in 250. And chances of falling victim to property related crime is 33 per 1000, which is also quite high.