Loitering refers to a person wandering or remaining in a public space where he or she has no reason to be. Loitering can lead to all sorts of unpleasantness for the individuals who either live in the area or wish to visit or walk around these areas. Let us take a look at some issues caused by loitering.

Lack of Safety – When there are individuals loitering around the street or the curb, passersby do not feel safe while crossing these areas. This is especially true when it comes to schools and playgrounds. There are loitering laws that prevent individuals from loitering around schools and other areas where there are children in order to maintain a safe environment for the children. If you are not a parent of the child or have no business being on the school premises or near the vicinity of a playground, you can be held for loitering.

Obstruction in Traffic – Groups of people gathering near the streets can lead to an obstruction in traffic and can lead to a disruption in the routine of the public. If individuals are seen obstructing traffic in an area, the police office has the right to ask the person to move along so as to allow vehicles as well as people to move freely.

Lack of Peace – Loitering students near residential areas can cause great disturbance for those living there. Especially near universities, groups of students gather and make a lot of noise which affects the peace of the residents.

Drug Use and Prostitution – Loitering on the streets with the intention of either buying selling or using drugs is not uncommon. In some areas, loitering to engage in prostitution is also common. The only way to check for drug use and prostitution is to have strict laws. North Dakota loitering laws, although not specifically charted out, are meant to keep these issues in check. 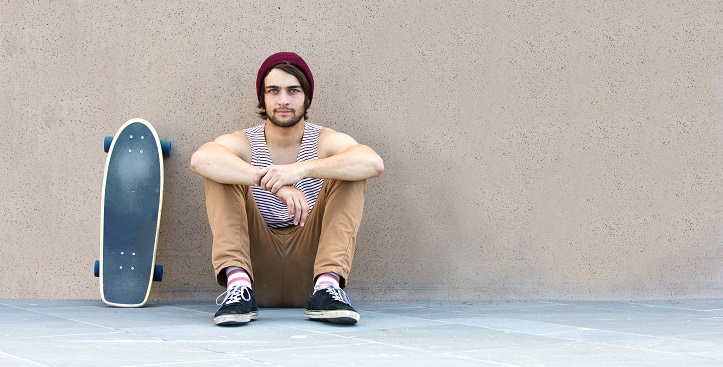 Loitering law North Dakota does not have a separate section, but it has been mentioned in the North Dakota Century Code Title 12.1. It falls under Criminal code 12.1-13-01 – disorderly conduct. As per this code, a person can be held guilty for a class B misdemeanor if he or she is found loitering in a public place with the intention of engaging in sexual contact and the individual concerned solicits the contact.

A misdemeanor is considered to be a less serious crime when compared to a felony. The punishment for a misdemeanor, and hence the punishment for loitering in North Dakota with the intention of engaging in sexual contact is also less serious. In North Dakota, a class B misdemeanor can be punishable by law with wither a fine or prison time. An individual can either be imprisoned for no more than 30 days, or he or she can be fined with an amount not exceeding 1000 dollars.

In many areas in the United States, it is difficult to have statewide loitering laws as they are considered to be too vague. Loitering laws also at times give way to arrests being made on the basis on profiling due to color and attire.