Ohio is an American state located in the mid-western and Great Lakes region of the country. It is the 34th largest among all 50 states and the 7th most populous. It also ranks as the 10th highest regarding population density. Its capital is Columbus, which is also the largest city here.

Ohio is nicknamed the “Buckeye State” due to the presence of the famous buckeye trees. Even residents of the state are endearingly referred to as “Buckeyes.”

Governance in Ohio is achieved through 3 key bodies, namely the Executive Branch, the Legislative Branch, and the Judicial Branch. The first is led by the Governor, the second, by the Ohio General Assembly, and the third, by the Supreme Court.

Ohio represents 16 seats in the US House of Representatives and is known for its status as a “swing state” and a bellwether in US elections. It has also produced around 6 American presidents so far.

Ohio has seen some tremendous growth in the number of people who live here. In 1800, it was home to just about 45,000 people. However, over the years, it has experienced an average growth rate of 10% every decade.

By 1970, the state was home to over 10 million people. According to the 2015 Census, published by the US Census Bureau, Ohio’s population had increased to over 11 million; a 0.67% increase compared to the 2010 United States Census.

However, in comparison to the national average, Ohio’s population growth has been slow.

Ohio is also known for having a higher density of Caucasians than any other state. 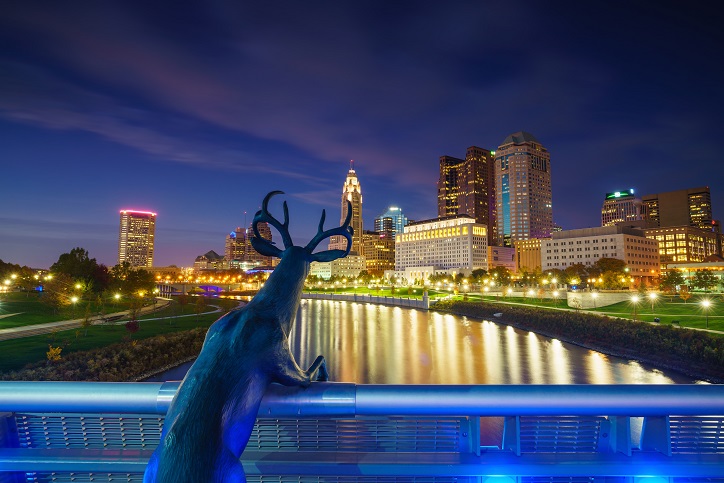 There is a 1 in 333 chance of you becoming a victim of violent crime in Ohio.

There is a 1 in 39 chance of you becoming a victim of property crime in Ohio.

In the case of violent crimes, Ohio reported much higher rates of crimes under all categories, compared to the national crime rates.

In the case of property crime, Ohio reported higher numbers for theft and burglary, compared to national figures.