What is the Law on Trespass in Oklahoma and What are the Punishments for it?

Trespassing is generally viewed as a minor offense. However, Oklahoma does not pass off trespassing lightly. Convicted of trespassing in Oklahoma can mean fines and even jail terms.

People value their privacy and violating privacy in any form cannot be taken lightly. Oklahoma laws augment these sensitivities and have come out with penalties that can land you in jail. Every state has its own laws tailor-made for its own demography and Oklahoma is no different. The topography of the state is a mixture of mountain ranges, prairie, mesas, and forests. And therefore, people own large pieces of land and property as most of them are involved in some sort of farming or the other.

Oklahoma prescribes erecting signs such as PROPERTY RESTRICTED, KEEP OUT and NO TRESPASSING on a property at strategic places of entry to dissuade people from entering the premises.

Trespassing on Property with No Signage:

Some areas need not have signage that warns people from trespassing. Thus, engaging in activities on private property that are otherwise off-limits to the public even if there are no signs can attract strict punishment.

For example, entering a Pecan Grove without permission can get you into a lot of trouble with the law. Another example of trespassing into the property without signage would be an attempt to collect firewood from a seldom-used field. Collecting wood either standing or just lying around can be considered a trespass in Oklahoma laws. Taking any produce from the private property also amounts to trespass.

Section 1835.2 of the Oklahoma Code States the Following:

Anyone found guilty of trespassing a subsequent second time will be guilty of a misdemeanor and will have to face of penalty ranging from one thousand five hundred dollars ($1500) to two thousand five hundred dollars ($2500). The penalty also carries with it an imprisonment sentence in a county jail for anywhere between thirty days and six months. In this case, too, the court can order restitution for all damages incurred. 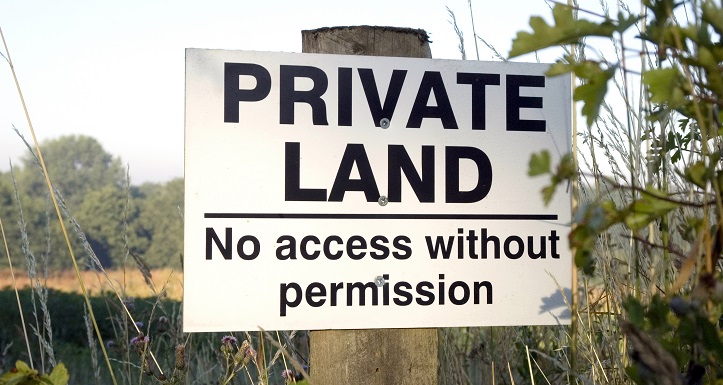 Defense to the Charges:

If an accused believes beyond doubt that he or she was on the property with permission from the owner or the lawful occupant written or verbal, this can act as a strong reason by which he or she could be acquitted.