The city of Opelika is situated in a state called Alabama in the United States of America. Its population is approximately 29,869 people and has seven constituent neighborhoods.

Opelika is considered to be Alabama’s 19th largest community. Contrary to some other cities where the local economy is dominated by blue-collar or white-color jobs, the city is not predominated by either of the two. It is a city with a mix of office and sales workers, service providers, and professionals.

It is also interesting to note in this context that the city has a higher number of professionals working in Math and computers as compared to 95 percent of the other areas in the United States. Opelika boasts a higher percentage of college-educated people, as compared to the average community of the American community of 21.84 percent. About 27.42 percent of the adult population in the city has a minimum of a bachelor’s degree in their kitty. 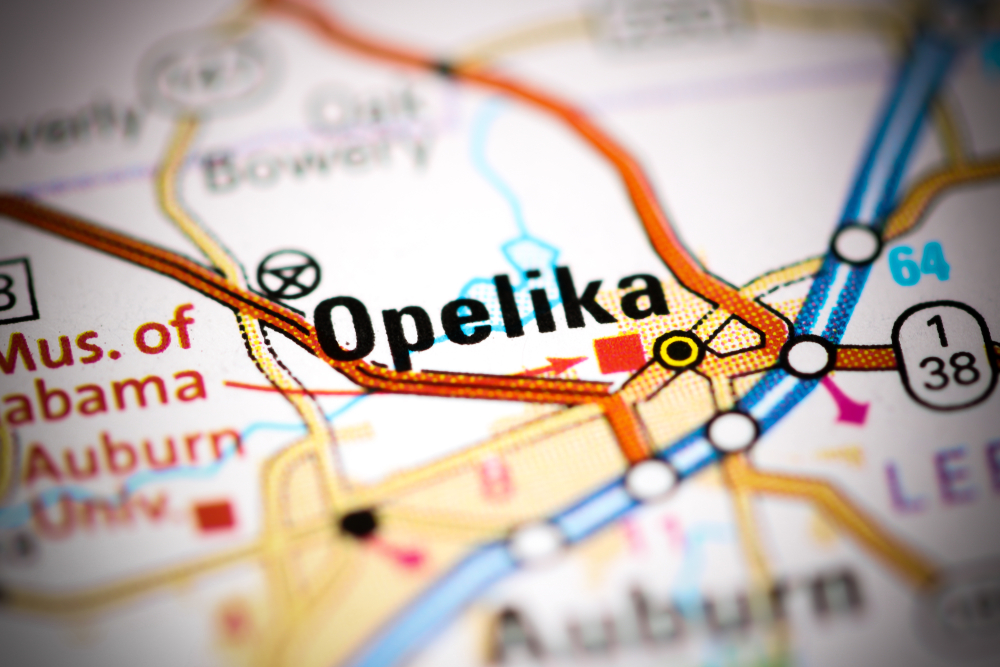 The city is safer than only 4 percent of the other cities in the United States. In other words, its crime rate is quite high in the U.S. in comparison to all other communities of varying sizes ranging from the tiniest towns to the largest cities. Opelika has a crime rate of roughly fifty-seven per 1,000 residents. The possibility of succumbing to property or violent crime is 1 in 18 in the city. As far as the state of Alabama is concerned, Opelika has 90 percent higher crime rate as compared to the rest of the communities.

Thus, with a population size of only 29,869, it has a combined crime rate of property and violent crimes, which is extremely high in comparison to other localities that have a similar population. Very few other communities in the country, as well as, in the state, have such a high rate of crime as that of Opelika.

It has been observed that the city of Opelika has one of the country’s highest violent crime rates across communities of varying sizes, both small and large. The violent offenses observed included armed robbery, non-negligent manslaughter, murder, rape, and severe assault including an attack with any deadly weapon. As per the analysis was done on FBI reported crime by NeighborhoodScout, a person stands at a risk of 1 in 135 for falling prey to any one of the above-mentioned crimes in the city.

Further, the analysis made by NeighborhoodScout on the basis of the total number of homicides committed in the city as reported by the investigation agency FBI, as well as the total number of people residing in Opelika reveals that the city has on the maximum homicide rates in America in comparison to towns and cities of varying population sizes from the tiniest to the largest.

Plus, it was also observed that a lot of crimes happening in the city belong to the category of property crime. The kind of property crimes, which were tracked specifically for the analysis included motor vehicle theft, arson, larceny over 50 USD, and burglary.  What a person in the city has a possibility of falling prey to any property crime is 1 in 20. When translated, it becomes forty-nine per 1,000 city population.

Another important detail noted while conducting the crime analysis of the FBI data was the city has one of nation's maximum rates of an incident of motor vehicle theft. The comparison was made concerning communities of different sizes, ranging from the largest to the smallest. A person residing in Opelika has a risk of 1 in 351 for getting his/her vehicle stolen.