With a population of just 12,776 people, Panama City Beach is a small coastal city in Bay County, Florida. More renowned as Panama City, the sugar-white, pristine sandy beach of this city boasts itself as one of "The World's Most Beautiful Beaches."

Panama City Beach is the 182nd largest community in Florida with a population of 12,776 people and eight constituent neighborhoods. In recent years, Panama City Beach has seen a significant amount of budding housing growth. Due to the influx of people from other areas who are either attracted by jobs, a stable local economy or even verdant pastures and scenic beauty, there has been a steady increase in housing projects in this coastal city.

With 89.23% of the workforce employed in jobs with earnings well above the national average, it should be no surprise that Panama City Beach is considered a white-collar city. The inhabitants of this city are mostly employed as sales and office workers, service providers and professionals. Sales jobs make up 20.03% of the population, followed by office and administrative support which make up 13.33% of the population. 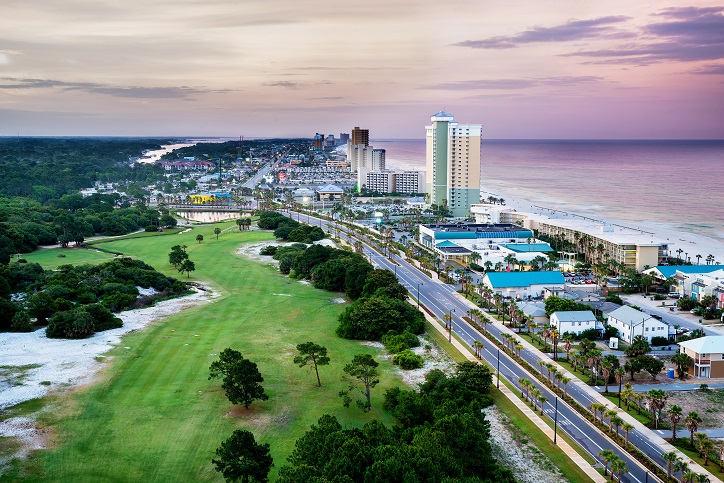 Panama City Beach is an extremely popular tourist destination so the population of the city varies according to the seasons with the influx of many beach-loving tourists during the vacation season. After the vacation season is over, the population witnesses a steady decrease due to the exodus of the tourists. The local economy is tourism-centric; it depends a lot on the seasons with some businesses operating only during the peak season. During off-seasons, Panama Beach City is a quieter place to live in with less hustle and bustle.

In Panama City Beach, people use buses to commute to their workplaces on a daily basis.

Panama City Beach is rich in its ethnicity where the greatest number of inhabitants are Whites, followed by Black or African-American. Other significant ancestries of residents in Panama City Beach include Irish, English, Italian, and French. 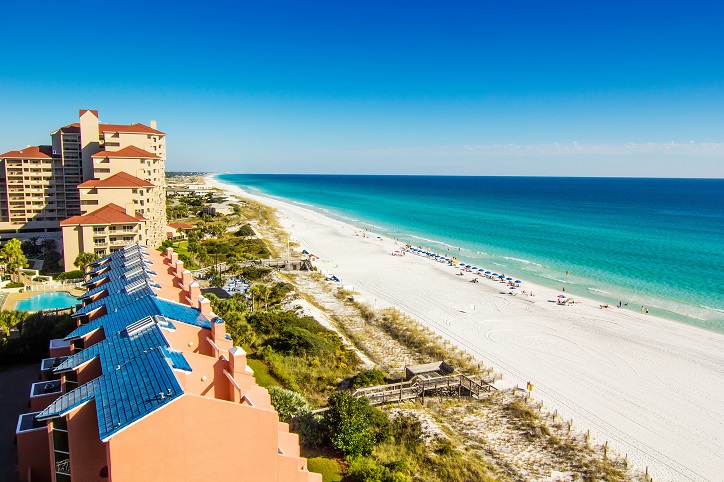 With an exceedingly high crime rate of 97 per one thousand residents, Panama City Beach has one of the highest crime rates in America where an individual’s chance of becoming a victim of either violent or property crime is 1 in 10. More than 99% of the communities have a lower crime rate than Panama City Beach within Florida itself.

Violent crimes in this city include rape, murder, and non-negligent manslaughter, armed robbery, and aggravated assault. NeighborhoodScout conducted an analysis of FBI reported crime data and found out that one’s chance of becoming a victim of one of these crimes is 1 in 108.

In Panama City Beach, public records requests can be made at the Panama City Police Department during the normal business hours of Monday through Friday from 8 a.m. to 5 p.m. Such records can also be obtained from the City Clerk, who can furnish copies or certified copies of records upon payment of certain fees.

For an accurate Panama City Florida public records search from the comforts of your home, you can use a professional online search directory like GoLookUp. Whether you want to find out the truth about a person's criminal past, find the person behind the blocked number that has been calling you, or find detailed information about a specific property you are thinking of buying, you need to get your information from reliable sources. GoLookUp aggregates billions of official records, such a police records, arrest records, court records, marriage and divorce records and more, and updates its data daily so that you can always be assured the information you are receiving is correct.

When you enter the name of a certain person into the GoLookUp public records directory, you will receive results in a matter of minutes. Specific functions such as GoLookUp's criminal and sex offender search functions will also let you know exactly who is living in your neighborhood so that you can make informed decisions when choosing housing, schools, and places for your children to play. In a city with such a high crime rate as Panama City Beach, this vital information can save you and your family a lot of heartache while protecting your loved ones from potential harm.

You can search for Florida Unclaimed Money at any time with GoLookUp!