Pensacola is the city found westernmost in the Florida Panhandle. It is a great place to have a seaport as the barrier island of Santa Rosa protects it and also connects to the Gulf of Mexico. It is the first sizeable naval air station in the United States.

This area was initially inhabited by people who spoke the Muskogean language. The people of Pensacola lived there around the time European contact and was often visited by people from the Creek. The Spanish explorer Tristan de Luna founded a small and short-lived settlement in 1559. However, it was the year 1698 that saw the establishment of a presido that then gradually developed into the modern city that it is today. 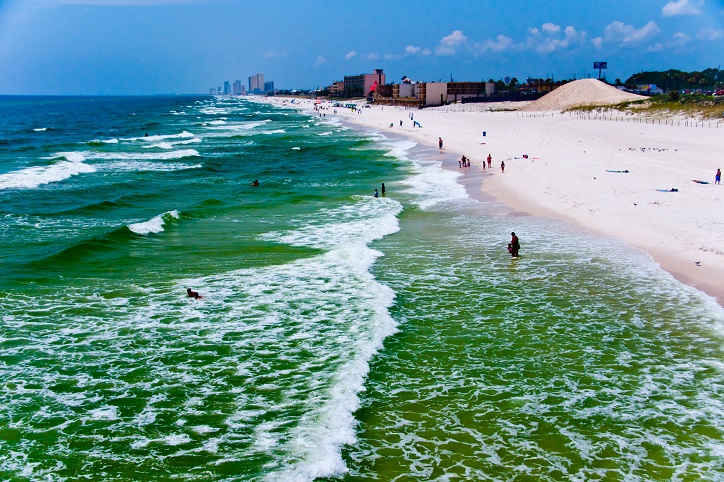 The climate here is usually humid subtropical, and it has only seen single digit temperatures three times since the late 20th century. This city has short and mild winters while the summers are hot and humid. It is also common to have a thunderstorm in the afternoon or evening during the months of summer. Although snow does occasionally fall in Pensacola, it is usually a rare sight with the last snowfall seen on the 9th of December 2017.

Due to its partial coastal status, there is a high number of water-sports that are seen in this area and enjoyed by a few of the residents.

The total number of households in this area are 23,600 with 14,665 families living in the city. The population density is 2,303.5 people per square miles. Of the total households, 24.6% have children living with them while 39% are married couples who live together. A total of 16.7% have a female household without a husband while almost 40.2% are non-families.

The median income in a typical household in Pensacola was $34,779 and that for a family was calculated to be $42,868. The per capita income in the year 2011 was $30,556. There are a number of different performing arts venues that is the primary source of entertainment in this region although there are a number of Parks and other recreation centers. 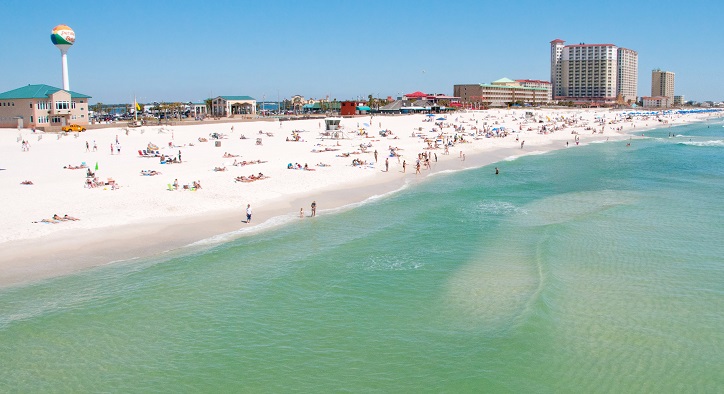 The chance of an individual to be a victim of a violent crime such as armed robbery, aggravated assault, murder, manslaughter, or rape is one in 148. While the chance of someone being a victim of property crime is usually one in 24, property crimes usually consist of larceny-theft, burglary, arson, and motor vehicle theft. This is the kind of offense that involves the taking of property or money and there is no actual threat or force that the victim has to undergo.

Pensacola has been one of the most important cities in America, and it still has deep roots in its history. Although the crime rate here is higher than most other cities in Florida or even in the United States the cost of living is relatively less than other places, and the cost of housing is also lower.