The NFL has become one of the largest sport unions in the world, and one of the most beloved sport unions in the US. With nail-biting games that sometimes end in surprising results, US football games are a favorite family pass-time that shows the power of determination and team spirit. In fact, the Super Bowl is one of the most widely watched yearly events in the USA with jaw-dropping performances by celebrities. Ads on TV during the Super Bowl are incredibly sought after, with 30-second slots running up to 5 million dollars.

By being shown to a large audience NFL players enjoy a large degree of fame and often become role models and icons for the general population in the US. Jerseys being sold and auctions of items they have owned being sold for large sums of money.

There are currently 32 teams in the NFL, and each one is allowed to have 53 teammates on its roster, which comes to a total of 1696 players in the NFL. In a USA Today report from 2017, it was reported that 870 players out of a total of 1696 have arrest records. 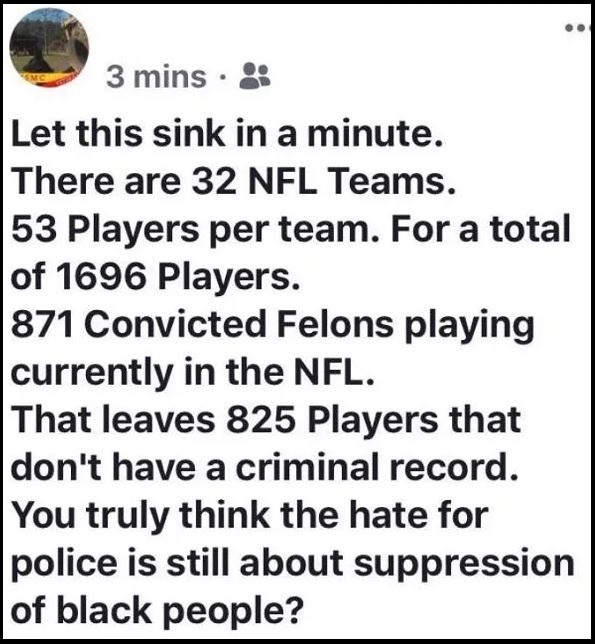 That meant that 51.29% of the NFL has a criminal record. Like with many other reports, the original information got a bit distorted, and soon news articles and posts began popping up claiming that  871 convicted felons are playing in the prestigious league.

The USA Today data analysis report can be misconstrued for a number of reasons. The report went back to the year 2000, meaning that many of the players mentioned on it were no longer in the league. The NFL's fame and public scrutiny made a lot of people criticize the league and its members, but for the wrong reasons. Not every person who has been arrested is a convicted felon, and in reality, the crime percentage in the NFL is lower than in the general population.

The news reports that therefore showed how many convicted felons in the NFL there are, were incorrect. 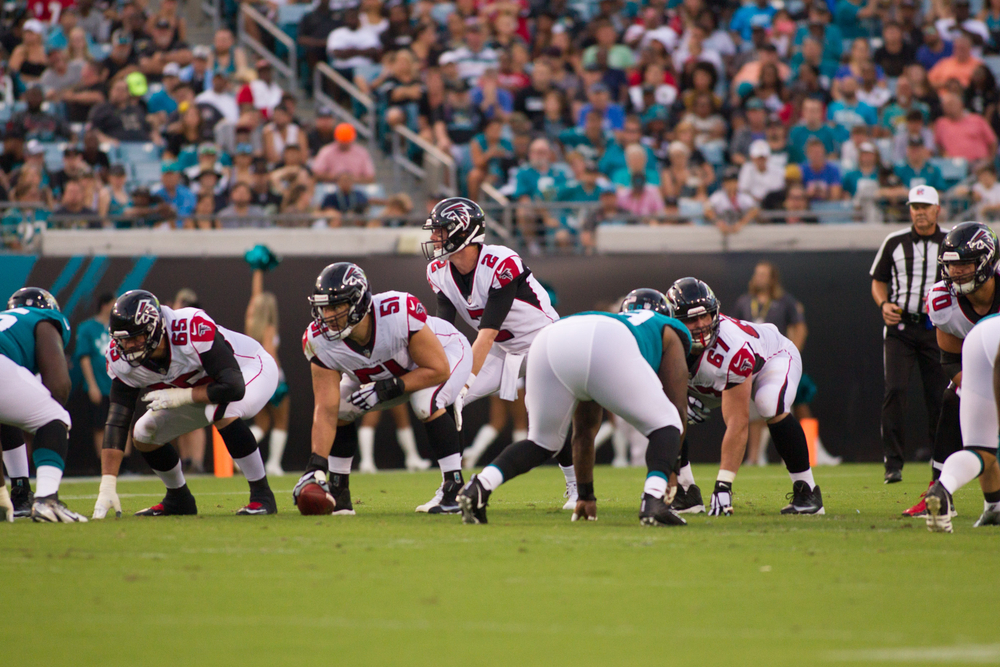 Other reports claim that on average, an NFL player is arrested every 7 days, despite the statistics shown by the University of Texas analysis, for a group of under 2,000 players who are employed and enjoy some degree of fame, that seems above average.

In one NFL player felony instance, there was a murder conviction and subsequent death of an NFL player, his brain was later donated to science by his family members. Doctors at the Boston University School of Medicine determined that the player in question suffered from CTE, a condition resulting from hits to the head, which alters one’s mood. This may be a cause for the seemingly higher rate of violence coming from NFL players.

Since the original record of 871 arrests in the NFL came out, the number has risen to 947. Some NFL teams have a higher rate of arrests than other teams, with the Minnesota Vikings leading with 49 arrests since the year 2000, followed closely by the Denver Broncos with 47 arrests. Most of these arrests were not related to felonies and including 12 instances of domestic abuse and 12 instances of driving under the influence of drugs or alcohol, which are not considered to be a felony according to the law.

Criminal Records in the US

NFL players with criminal records are not necessarily convicted felons, as the 2017 meme suggested. Many people make the error of confusing between prison time, misdemeanors, and arrests that did not result in incarceration.

To find out the truth about a person's criminal past, you need to get your information from reliable sources, and not internet rumors or memes. The best way to conduct an accurate criminal record search is to go through official records, such a police records, arrest records, and court records that in many cases become public records.

Each state has its own set of rules when it comes to maintaining such records, and in many cases, the public can view them upon request. To search for official criminal records, you will need to contact the authorities that hold them and wait for a reply.

Thanks to the quick search, you will be able to find out exactly what lies in a person's past, including any arrests and criminal convictions. The information can help you dispel any rumors, and learn more about the people in your life from a reliable source.

As stated above, there is often confusion between misdemeanor and felony. A misdemeanor is a minor wrongdoing, which is punished less severely than a felony. Depending on the jurisdiction, this can include petty theft, prostitution, public intoxication, simple assault, disorderly conduct, trespass, vandalism, reckless driving, discharging a firearm within city limits, possession of cannabis, etc. On the other hand, a felony is a much more serious crime typically involving violence, and which can range from aggravated assault and burglary to manslaughter and murder. Hence the importance of distinguishing between the two, before wrongly accusing NFL players of being convicted felons.

In fact, if we look in detail at the types of crimes committed by NFL players, they tend to fall much more often in the misdemeanor category. A few examples of 2019 arrests include marijuana possession, unlawful carrying of a weapon, drunk driving, disorderly conduct, and domestic violence. While these arrests would grow the number of NFL players with criminal records, it does not count towards a percentage of convicted felons in the NFL. An important difference.

To make sure to get the facts straight, it is best to use a professional criminal records search directory like GoLookUp. From a basic background check to criminal and arrest records, you can get a report on any citizen of the US in a matter of minutes. All you need to do is enter their first and last name in the search field. GoLookUp's data is updated daily so that you can always be assured the information you are receiving is correct. And because it is compiled from millions of public records, you can have confidence that if the information is out there, GoLookUp will find it. The records you find on this directory are as accurate as it gets.

You can run a background check on anyone in the United States!