Phenix City is located in the counties of Lee and Russell, Alabama. The census that occurred in 2010 pegged the city’s population at 32,822. It was later revised to an estimate of 36,219 in 2017. The population density here is 1,293.63 people per sq mile. Phenix lies west to Columbus, Georgia. It is often called Hub City. BusinessWeek named Phenix as the most affordable suburb in the U.S. to raise a family. Phenix City is the easternmost community settlement in Alabama. Phenix City came into legal existence in 1897.

The 1940s-50s was when Phenix City was a hotbed for organized crime such as gambling and prostitution. The spurt in crimes in the city during this period led to it being called "Sin City, USA." 11,517 households find a place in Phenix City. There is a fair representation of White and Black citizenry in Phenix. 52.94% of its population is White in origin, and 44.97% is African American. 39.4% of these households are made up of married people, and 34.3% are made up of non-families. 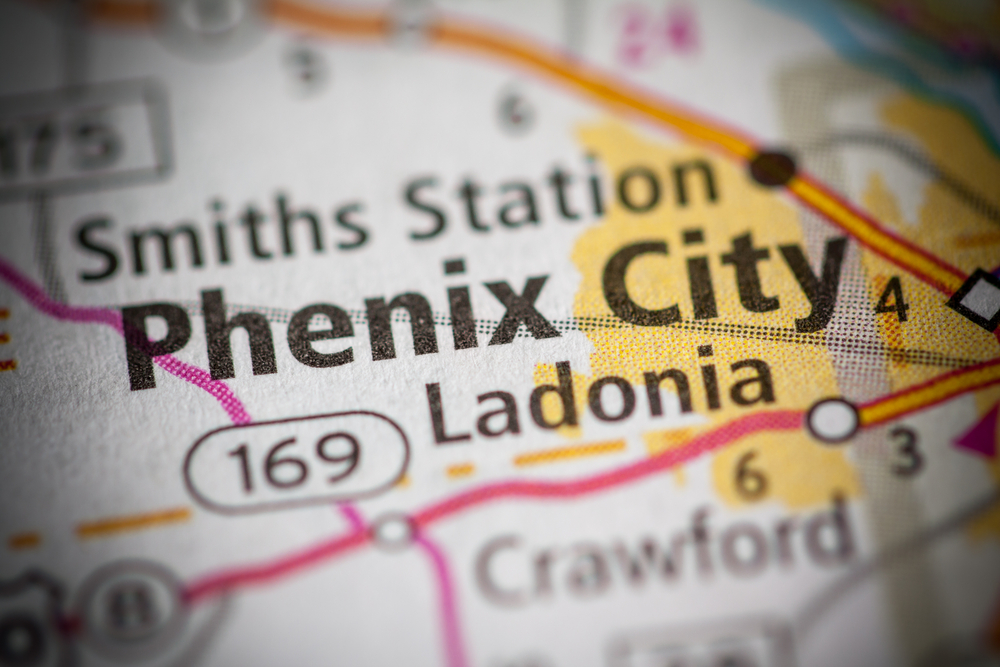 The average household size of Phenix City is 2.4 people. 28.7% of the city’s population is between the age of 25 and 44. The median income for a household of Phenix City is $26,720, according to 2010's census figures. Males enjoyed about a $7,000 hike in median income as opposed to women. The per capita income for the city was roughly guessed at $14,619. 21.3% of the city's population, including 18.8% of families dropped below the poverty line. Only about 21% of the population counted in Alabama in 2016 84.8% of the population of Phenix City has obtained education surpassing a high school degree.

The unemployment rate, as counted in September 2015, stood at 5% for Phenix while it increased for the rest of Alabama at 5.9%. Manufacturing is the most thriving industry in Phenix City, Alabama. Construction and public administration also employ a sizeable chunk of the populace.

The city's residents are strong in their faith of Evangelical Protestantism. The adult diabetes and obesity rate for people here are higher than Alabama's average.

Phenix City's violent crime rate is lesser than the average for Alabama, i.e., 5.32 crimes for every 1000 people. So while you risk a 1 in 188 chance of being on the receiving end of a violent crime in Alabama, the numbers slide up to form a chance of 1 in 114, in the city of Phenix. A total of 8 murders, 42 rapes, 78 robberies and 199 cases of assault are reported annually in the city. When compared to the national average, the rates of murder, rape, robbery, and assault is much lower.

Property crimes are committed with greater frequency in Phenix. Its property crime rate is 48.93 crimes per 1000 people as opposed to Alabama’s 29.48 crimes for the same measure of population. You risk a 1 in 20 chance of being subject to property crime in Phenix than in Alabama where the chances are odder at 1 in 34 people. Burglary, theft, and motor vehicle theft rates for Phenix are much higher than the national average. The crime density of Phenix City is also quite high at 77 crimes per sq mile when pitted against 15 for the same geographical measure in Alabama.

Phenix City has a crime rate that exceeds other communities within Alabama by 91%.