Loitering laws in the United States brings with it a certain history behind it. More often than not, state jurisdictions have had their loitering laws struck down by the Supreme Court for being unconstitutional and being violative of the First Amendment of the US constitution that guarantees the right to freedom of movement. This is the exact reason why there has been a considerable amount of debate around loitering laws in the country.

Loitering in the most literal sense means dwelling or remaining in a place without any purpose. It is something that usually reminds us of something juvenile and not something on which laws should be made.

Loitering was often something that children heard from their teachers who scolded them for loitering around in the play area or in the corridors. Who knew then that loitering might be something that could be considered as criminal.

Loitering assumes a dangerous turn when that seemingly harmless act of loitering has some ulterior motive behind it. Some states in the USA have laws that specifically prohibit loitering around schools, and is used as a tactic to ward off pedophiles. However, as every story has a flip side to it, it may land an unsuspecting innocent individual in some trouble if he was not aware of such laws.

Owing to the history behind such type of laws, one example of Chicago stands out which had enacted an anti-loitering law that aimed that curbing the gang-related activities in the state. It had to be struck down and then the legislature had to enact a watered-down version of the same.

It has also been alleged that loitering laws might be used to discriminate against certain groups and communities in society. Homeless loitering laws have been criticized for the same reason, that they are enacted at the expense of the poor and homeless. 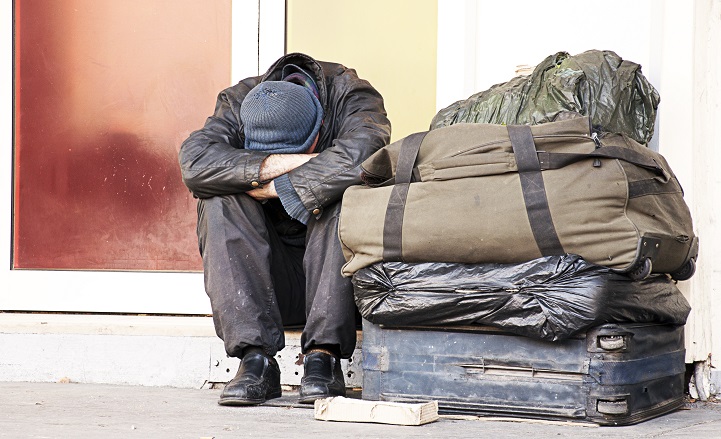 Loitering law in Rhode Island and its Punishments

The statute that is enacted by the legislature does not have any specific law against loitering per se. In some state jurisdictions, there are separate loitering laws for public places, transportation facilities, schools, and others. In Rhode Island, on the other hand, there does exist a loitering law that aims to curb prostitution.

In the Rhode Island Statute titled "Loitering for indecent purposes", it states that for the purpose of prostitution, it is unlawful to wander about on public highways or any street, public or any private place, in order to engage with the passerby in conversation or to stop the motorcars. It, therefore, makes it unlawful to engage, induce, or to secure any person in order to do an indecent act.

Punishment for loitering in Rhode Island for the purpose mentioned above varies if it is a first-time offense or if it is a second one. It states that for first time offenders, the punishment is classified as a misdemeanor and the person may face jail time for up to six (6) months and a fine of not less than $ 250, and not more than $1000, or both.

In certain cases, however, if it is found that the police officer did not exercise certain precautions before taking you into custody then the arrest may be expunged. Also, the reason cited by you for being in a certain place if found true can also make you overturn the trial.