Romeoville is a mid-sized village situated in Illinois, United States. The village boasts a population of 39,632 people and is divided into 7 constituent neighborhoods. It is also the 44th largest community in the state. However, the city’s growth is something that came about recently, especially in terms of housing stock.

The village enjoys a robust economy as evidenced clearly by the growth in real estate. The growth in real estate is also an indicator of job growth and general development etc. Romeoville continues to experience an influx of new residents even today. The development in the village is indicated by the median household income, which currently stands at $71,344 per year.

In terms of employment, the city isn’t exclusively blue collar or white collar. The workforce can be best described as mixed. It’s home to office workers, professionals, service providers, and sales professionals. Many of the people who live here tend to work in administrative support or office – 13.20% to be specific. Other than that, sales and management professions are big draws. 10.35% of the population works in sales while 7.19% works in management.

Romeoville is also home to a large number of people who are employed in computer and math fields. In fact, the village has more people employed in math/computer professions than 95% of the towns, villages, and cities in the US. 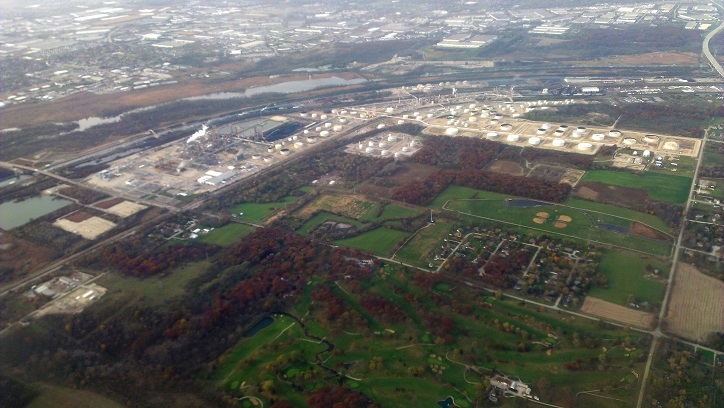 However, the village does face a challenge in terms of work commute. Workers spend an average of 32.24 minutes traveling to work. This is much higher than the national average

The per capita income in Romeoville, according to statistics from 2010, stands at $24,832. This puts the village in the middle-income category compared to the rest of Illinois and the US. The per capita income translates to a yearly income of $99,328 for the average family. The city is home to very wealthy people and very poor people.

The population in Romeoville is diverse. Residents come from various ethnic and racial backgrounds. The majority of the residents here can be classified as white or Caucasian. The second largest group here is African Americans, followed by Hispanics. Hispanic people, as a whole, account for about 32.64% of the population here.

Some of the most significant ancestries here are English, Italian, Irish, and Polish.

The village is also home to people born outside the US. Around 21.36% of the population is said to have taken birth outside of the US.

As for languages, the most common one is English. This is followed by Spanish and Tagalog (the language of the Philippines).

College-educated people account for 25.98% of the population. That’s higher than the national average, which stands at 21.84%.

The crime statistics for Romeoville have been sourced from various law enforcement agencies and reflect the figures for 2017.

As for property crimes, Romeoville reported 55 cases of burglary, 487 cases of theft, and 25 cases of motor vehicle theft. This puts the crime rate for each category at 1.39, 12.29, and 0.63, respectively. There are 1 in 70 chances that you will end up becoming the victim of a property crime in Romeoville.

The village enjoys a safety rating of 43, with 100 being the highest. This makes it one of the safer locations to live in.

You can perform an Illinois Background Check with GoLookUp!

You can search for Illinois Arrest Records with GoLookUp!