Sahuarita is a small town in the Pima County in the state of Arizona and covers an area of 30 square miles. This town is located 15 minutes south of Tucson and about 40 minutes north of the border to Mexico. The Tucson International Airport is a 20-minute drive away from Sahuarita.

It was first incorporated in 1994 and is known as the fifth youngest town in Arizona state, though people have lived here for about 12,000 years. Native Americans settled in the villages along the Santa Cruz river almost 4,000 years ago. The Spanish who arrived later in 1692 founded the Mission San Xavier del Bac in the region.

The town is known as the gateway to the Gardner and Madera. Also found in and around Sahuarita is the Titan Missile Museum, the ASARCO Mineral Discovery enter, the Whippie Observatory and Mount Wrightson— which is the tallest peak in the region, standing at 9,456 feet. 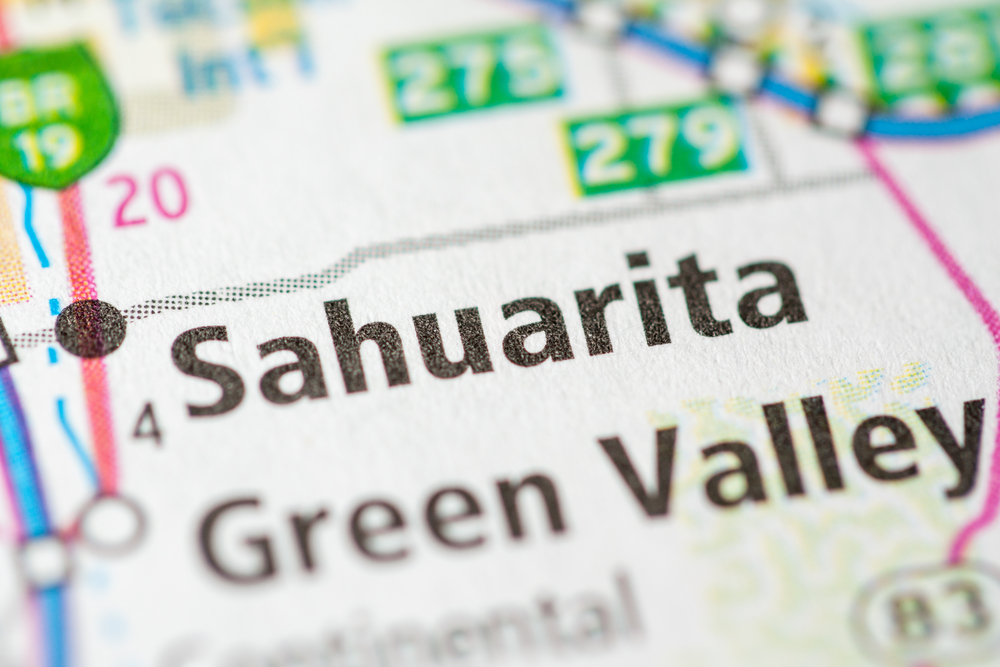 The median age of the people of Sahuarita is 34.4 and children under the age of 18 make up 30 percent of the total population. The US national median age is 36.8 years, which means Sahuarita is a town of young people.

In the racial-ethnic demographic, the Hispanic and Latino population consists of 31.2 percent of the citizens, while white people make up about 60.8 percent, African Americans are 3.5 percent, the Asian population is at 2.2 percent, and mixed-race people add up to 3.7 percent of the population.

There are a total of 9,020 households in town. Among them, 78.9 percent are family households and 38.5 households have their own children.

Education, employment and income in Sahuarita

Among the people of Sahuarita who are 25 years and older (16,149 people), 20.3 percent have graduated high school while 29.5 percent among them went on to gain some education in college without a degree. About 21.7 percent of them have a bachelor's degree while 11.3 percent have graduate or professional degrees.

The Federal Bureau of Investigations (FBI) noted under the reports from the Unified Crime Reporting (UCR) programme of 2016 that the town of Sahuarita had 799 criminal incidences during the year. Among these, the major type of crime was property crime with 375 cases recorded in 2016.

This is closely followed by larceny-theft with 320 cases. Other types of crime reported include 42 cases of burglary, 30 cases of motor vehicle theft, 23 cases of violent crime, 19 cases of aggravated assault, 3 cases of rape, one case of robbery and one case of arson.