Sarasota is situated on the southwest coast of Florida. This area is very well known for its culture and environmental amenities such as resorts, beaches, and the Sarasota School of Architecture. This city is in the southern end of Tampa Bay Area and is north of Fort Myers and Punta Gorda. The official limits of Sarasota also include the Sarasota Bay and several other barrier islands that lie between the Gulf of Mexico and the Bay.

The city limits of Sarasota have expanded significantly regarding real estate in the early twentieth century. This area had reached almost 70 square miles (180 km2) however in the later years around 1926 the wild speculation boom began to crash and the city limits shrunk to nearly a quarter of the size.

The United States Census Bureau has officially stated that this city has a total area of 25.9 square miles out of which 14.9 sq mi consists of land and the other 11 sq mi consists of water. Due to its proximity to water bodies, the weather in Sarasota is classified as humid subtropical climate close to tropical climate that has hot and humid summers while winters are warm and dry. 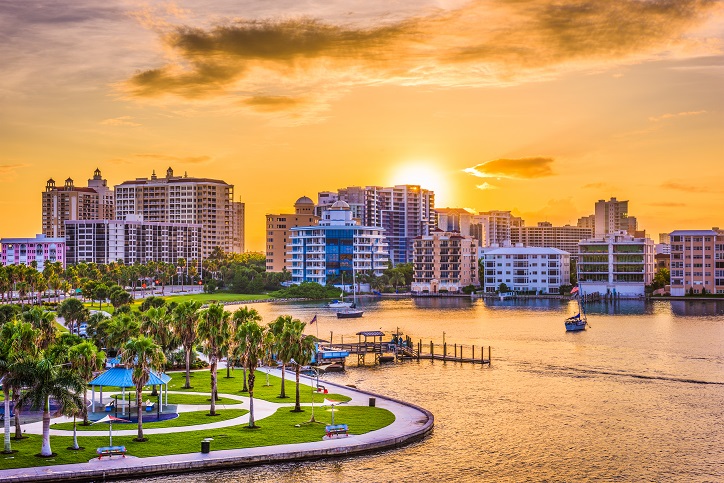 According to a recent estimation, the population in Sarasota is 56,610 and has seen remarkable growth since the previous official census. The density of population is 3,856 people per square mile. This city is a rare one that has more females as compared to males, ie almost 52% of the population consists of women.

Around 30% of the population consists of people that are at least 65 years old while 17% of the population comprises of those below the age of 18 years. Although over 16% of the population live below federal poverty lines even though some of the top employers include Sarasota Memorial Hospital, Aviation Recorders, Doctors Hospital of Sarasota, and Board’s Heads. The median salary of a household in Sarasota is $43,477. It is a lot more affordable to live in as compared to other regions in Florida such as Miami.

The most prominent language spoken in Sarasota is English which is spoken by about 78.67%, out of the remaining 21.33% non-English speakers around 15.63% speak Spanish.

The property crime rates and violence are far lower than the national average of a similar-sized metropolitan area. Although the crime rate started at over 650 per year in 2001, it has drastically reduced over the years and has come down to below 350 per year. The average crime rate per thousand residents is 45, and there is a one in 22 chance that one can be a victim of either property or violent crimes. 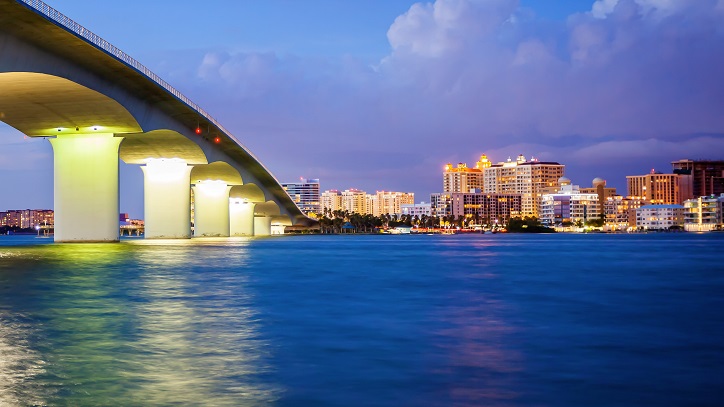 It is essential to know if it is violent crimes or property crimes that contribute to the high crime rate. It was found that the chance of a person who lives in Sarasota will become a victim of a violent crime is one in 194 which when calculated can be a total of 5 per thousand inhabitants. The chance of the person being victim to property crime is one in 25 which adds up to almost 39 per thousand.

Some of the safest neighborhoods to live in Sarasota are

In conclusion, owing to its, weather Sarasota is a great place to live, but it is more likely that you will be victim to property crime as compared to a violent crime.