Show low is a small town in the Navajo County of Arizona in the United States of America. It is one of the up in coming cities in Arizona because of its fast growth and is also geographically the largest in the White Mountains. Considering other parts of the U.S.A., Show Low is not densely populated it stands at a total of 12,000 residents. But the city's trade area populace figures over 146,000. Tourism is high in the city which hikes the population but this spike is only seasonal. But due to this increase in population in the city because of tourism, the second home market results in an even higher number in the trade area populace causing the figures to reach at 170,000. Since the year 2000, the city has seen an increase of 40% growth and is continuing to grow. 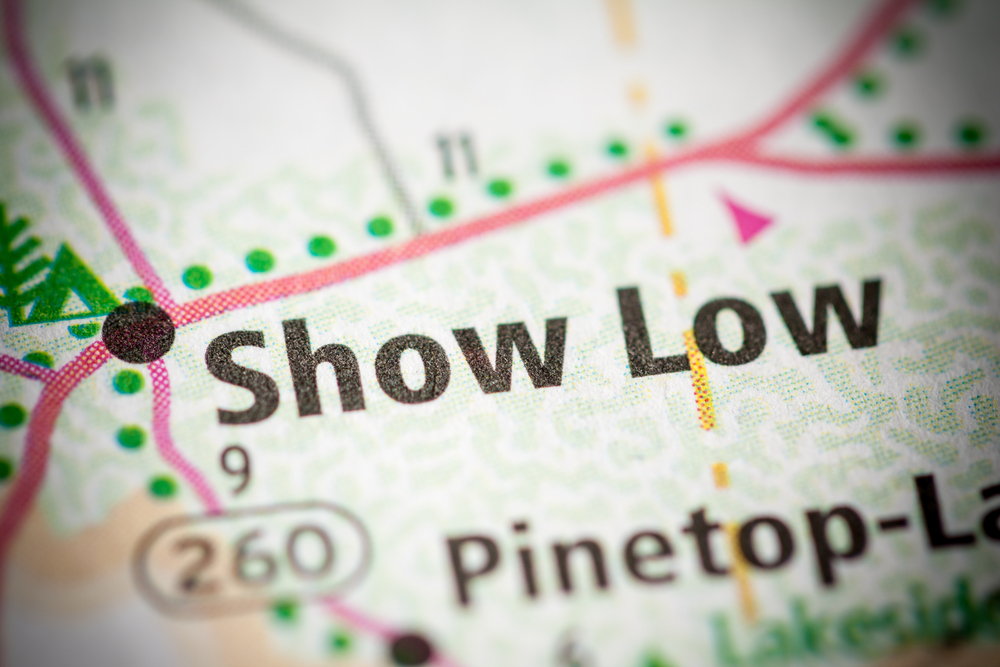 The main attraction of Show Low is the White Mountains. The city is a gateway to the hills. Because of its demographics and location, the area around the city is famous for fishing and hunting opportunities. Also, the quality of life in Show Low is unsurpassed. Although a small city, Show Low has the luxuries of any of the big cities in the country. Few of the biggest companies operable in the city are Walmart, The Home Depot, Lowe's and Cellular One. Because of the stable weather which is mostly cool and breezy, residents and tourists enjoy golfing as the city has seven different golfing courses to offer.

The city is surrounded by natural beauty and wildlife. It has about 2 million acres of forest and around 40 different lakes just adjacent to it. So hunting is a common sport enjoyed by both locals as well as the visitors. All in all, Show Low is one of the most peaceful and quiet places in America where people can go and just relax and cool off.

The crime rate in the city has been consistently high in comparison to the rest of the US. Where on an average, the crime rate in the U.S.A, amounts to 31.1 in violent crimes like murder, manslaughter and rape and 38.1 in property crimes like burglary, theft and arson, Show Low has a crime rate of 80 and 65.9 respectively. These numbers are high which should not be under normal circumstances.

In the entire state of Arizona, unfortunately, the highest crime rate pertains to Show Low itself. A reason behind such high level of crime has not been found yet, but it has been observed that the police in the city is not as alert towards this crime as they are in other parts of America.

Crime report in Show Low shows that out of 100,000 people about 4,049 are affected which makes the proportion of the city significantly higher to the whole of Arizona and the entire United States of America. The problem that persists in the city is that the crimes that happen, whether its violent crimes or property crimes, are not reported. This makes the arrest rate of the city also low. Out of 4,030 people against whom property crime is committed, only 439 are reported.