St. Petersburg is one of the cities in Pinellas County, Florida, United States. It is the second largest city in the Tampa Bay Area and is located on the Pinellas peninsula and lies between the Gulf of Mexico and Tampa Bay. It is also connected to the mainland of Florida from the North.

In a 2015 census, the population in St Petersburg was estimated to be around 257,083 which makes it the fifth most populated city in Florida. This city was founded in the year 1888 by Mr. John C. Williams who had then bought the land and Peter Demens who got the railroad industry to the area. It was in a coin toss that Peter Demens won the right to name the land after Saint Peterburg in Russia. On the other hand, Williams decided to name the first hotel built there, i.e., Detroit Hotel. Both of these were named after the respective hometowns.

You will find an average of 361 days of sunshine in the year this city holds the Guinness World Record for having the highest number of consecutive days of sunshine. The record stands at 768 days; this has earned the city the nickname “The Sunshine City.” Owing to its sunny weather and lower cost of living this city has been a haven for those seeking a quiet retirement however in recent years the trend has been changing towards a more youthful direction.

Almost 88.53% of the residents here speak English while 4.43% speak Spanish and the rest speak either French, German, Serbo-Croatian, Laotian, or Vietnamese. Some of the largest employers here are Raymond James, John Hopkins All Children's Hospital, Home Shopping Network, etc. There are also a variety of events that take place in this area such as the Dr. Martin Luther Kings Jr. Parade and the annual Firestone Grand Prix of St Petersburg. 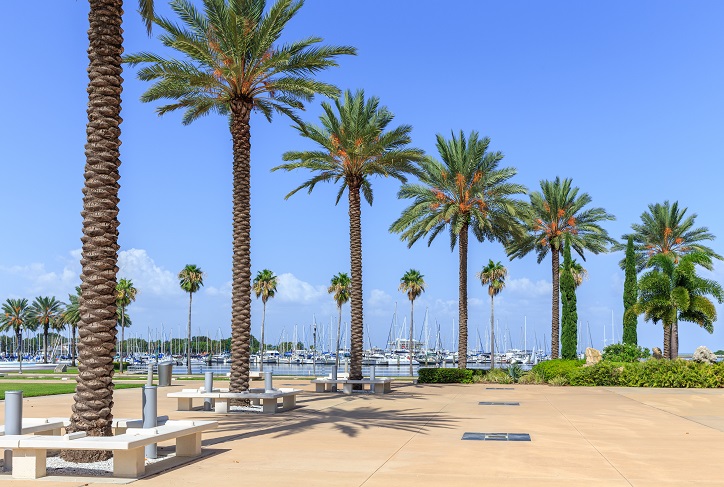 Some of the safest neighborhoods in St Petersburg are

On the whole, although living in St Petersburg is a little bit riskier than other cities in Florida there are a few great neighborhoods to live in, and the cultural scene makes it worthwhile.