The city of Surprise has twenty-eight constitute neighborhoods and a population of about 132,677 people. It is a medium-sized city on the larger side and is situated in the American state called Arizona. The city is the 10th biggest community in the state. 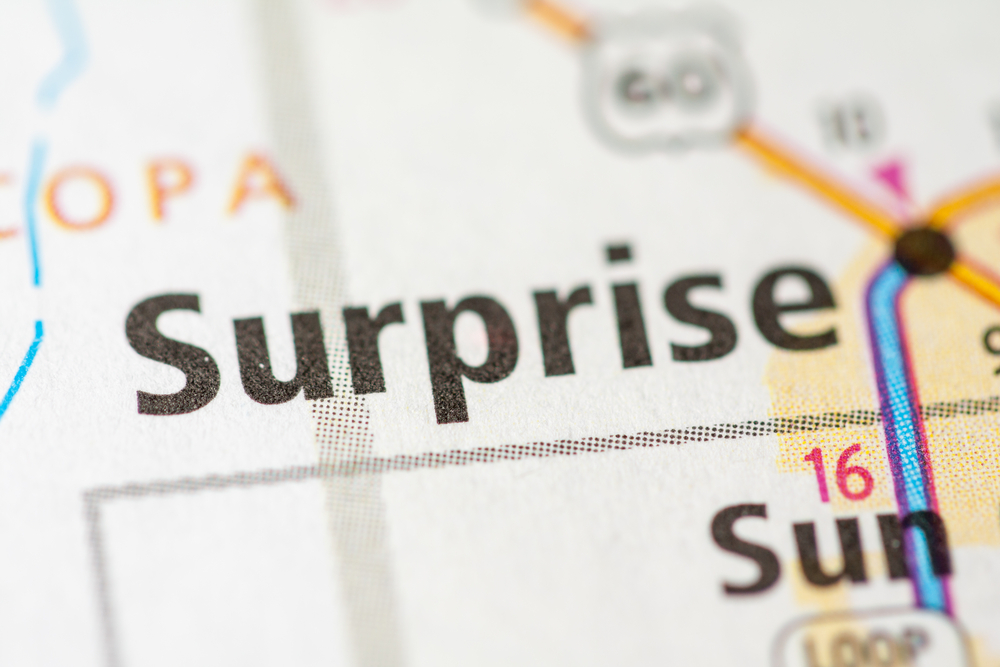 The city looks relatively new as a majority of its houses have been constructed very recently. When there is a fresh growth in the real-estate’s residential segment, it is a strong indication that more people are opting to relocate to the city of Surprise while also investing their money for brand new constructions. The real-estate of Surprise is considered to be amongst the newest in the US on an average. The city appears to be having a huge influx of wealthy peoples as the median for its household income is 61,035.00 USD. Plus, its real estate is also considered to be one of the costliest in Arizona. However, that does not mean the value of the houses in Surprise do not compare to America’s costliest real estate.

Contrary to some American cities, the city is not predominantly blue-collar or white-collar. Rather, the most common occupations for the residents in Surprise are a combination of blue-collar and white-collar employment. Overall, it is a city of service providers, professionals, office and sales workers. There are many such people in Surprise who are employed in office & administrative support (16.67 percent), management positions (9.52 percent), sales jobs (13.59 percent). There are more people in the city of Surprise who are in jobs related to math and computers as compared to 95 percent of the other places in America.

The city’s crime rate is significantly more as opposed to the average of the country across all communities from the biggest to the smallest. Though there are 20 crimes per 1,000 residents in the city, still it is not one of those communities with the highest rate of crime. There is a possibility of 1 in 51 cases to become a victim of property or violent crime in the city. According to the FBI crime data, the city is definitely not one of America’s safest communities. With respect to Arizona, its crime rate is more than 51 percent of the towns and cities of all sizes in the state.

On the other hand, if a comparison is drawn between Surprise and other communities with a similar size of the population, its crime rate is significantly below the average. It signifies that when Surprise’s crime rate is compared with America’s other similar sized cities; the former is safer than a majority of them.

NeighborhoodScout found that as far as the city’s rate of violent crime is concerned, it is much below the average of the nation for all population sizes and across all communities. In other words, violent crimes pertaining to rape, assault, armed robbery, and murder occur less in this city as compared to most of the other places in the country. The possibility of falling prey to a case of violent crime in Surprise is 1 in 983 that tantamount to one per 1,000 residents in the city.

The analysis also shares that the property rate crime of Surprise is 19 per 1,000 inhabitants in the city. It makes the city susceptible to an above average possibility of falling prey to a property crime when it is compared to America’s all other communities constituting of different population sizes. Instances of property crimes are burglary, theft of motor vehicles, larceny, and theft. A person’s possibility of being susceptible in one of these crimes is 1 in 53 in the city. The crime index of the Surprise city is 35. It means the city is safer as compared to 35 percent of the other cities in the United States.