Talladega is a city in the Talladega County and can be found in the northeast central region of the state of Alabama. It is located approximately 50 miles east of Birmingham and covers a land area of 23.98 square miles. In 1835, it was incorporated as a city just two years after the Talladega County was created and has been the county seat since its inception.

The city lies on the southern foothills of the Appalachian Mountains and can be found at a 60-mile distance east of Birmingham. The city is also recognized for the Talladega Superspeedway which hosts the NASCAR race event every year. It is also home to a portion of the Cheaha State Park and the Talladega National Forest.

Initially, the region was known as Talatigi, a Creek village, before early white settlers began arriving. The name eventually evolved to what it is today, which is derived from the Greek word for "border town".

In the present day, the city is known for its educational programs for the blind and deaf. It is also recognized as being home to the state's oldest private black liberal arts college in history.

The population of Talladega Alabama

There are a total of 5,741 households in Talladega as recorded by the US Census Bureau from 2012 to 2016. Further, there are about 2.32 persons living per household. Among the population older than 25 years and above, a total of 74.6 percent have graduated high school or have pursued further studies. Among them, 12.5 percent of the population has attained a bachelor's degree, some of whom have opted for higher education.

The median household income as recorded from 2012 to 2016 frame was noted to be at $ 29,074 and the per capita income in 2016 was at $ 17,421. The number of persons earning below the levels of poverty is high in Talladega with the estimates noting that 26.4 percent of the population fall under this bracket. 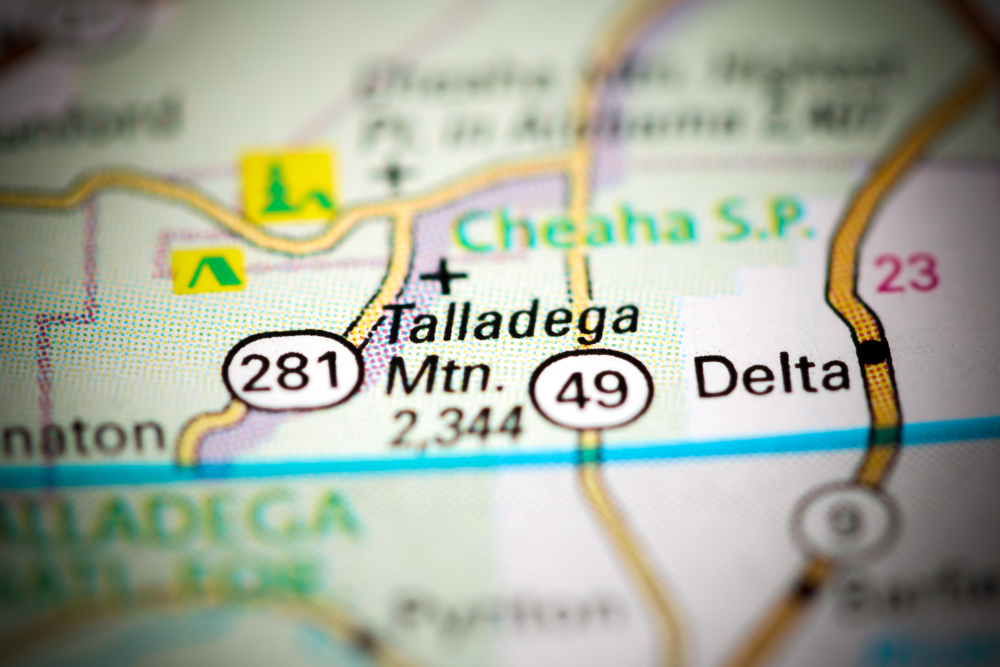 The Federal Bureau of Investigations (FBI) in its the Uniform Crime Reporting (UCR) program has noted that there were a total of 1,617 criminal incidences reported in Alabaster in 2016. Among these were 123 cases of violent crimes, six cases of rape, 10 cases of robbery, 52 cases of aggravated assault, 713 cases of property crime, 104 cases of burglary, 574 cases of larceny-theft and 35 cases of motor vehicle theft.

In 2015, the total criminal incidents reported in Talladega were 540. These included one case of rape, nine cases of robbery, 68 cases of assault, 68 cases of burglary, 363 cases of larceny and 31 cases of motor vehicle theft.

The law enforcement agency of Talladega made 919 arrests in the year of 2016. Among those taken into custody were five juvenile offenders and 914 adults.