The city of Tolleson can be found in the Maricopa County of the state of Arizona in the United States. It was founded in 1912 by Walter G and Alethea H Tolleson.

The Tolleson family has migrated from South Carolina to Arizona in 1908 and had later purchased a 160-acre land at the intersection of the 91st Avenue and Van Buren Street. This grew into a community which came to be known as the "vegetable center of the world" in the 1950s. In the present day and age, Tolleson is known as the industrial employment center of the west valley and hosts more than 20 Fortune 500 companies, employs over 20,000 workers compared to there being just above 7,000 residents. This has created one of the greatest jobs-to-residents ratios in the country. 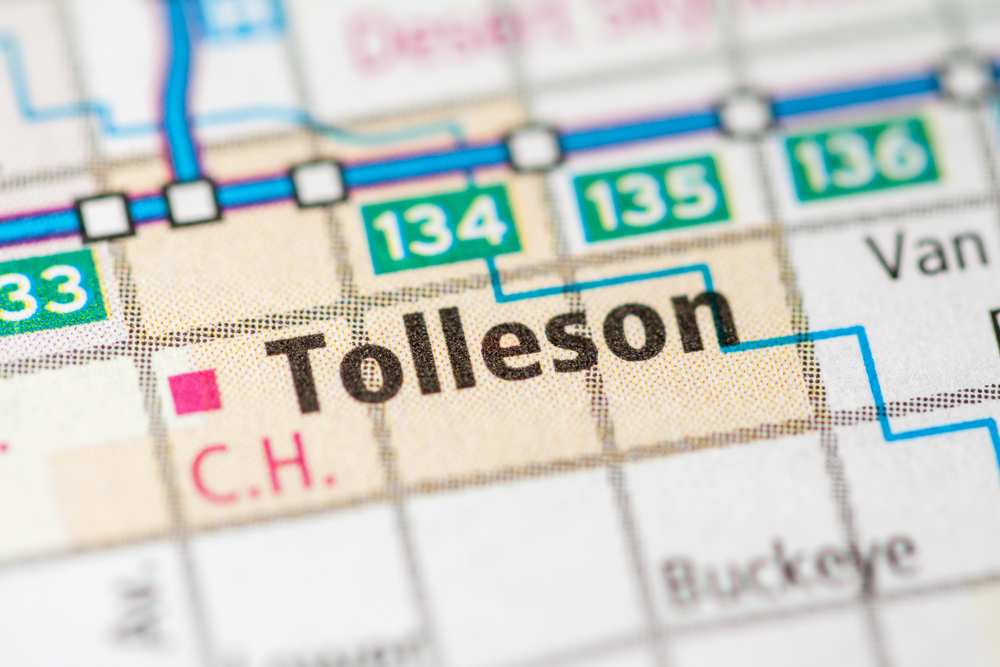 According to the United States Census Bureau, there is an estimate of 7,2015 people living in Tolleson as on July 1, 2017. The 2010 US census marked the population at 6,545 people, which shows a 10.1 per cent increase in the same over those seven years.

There are a total of 2,130 households in Tolleson, Arizona. An average of 3.28 people live in each household and 66.7 per cent of the population speaks a language other than English at home. The population density in the city is 1,139.3 people per square mile.

Education and income in Tolleson, Arizona

A total of 67.1 per cent of people aged above 25 years in Tolleson have graduated from high school and pursued further education. Among them, 8.8 per cent have earned a bachelor's degree or higher.

According to the criminal records by the Arizona Department of Public Safety for the year of 2017, the town had an estimated population of 6,992 people. A total of 48 people were employed under the law enforcement, among whom were 28 sworn men, 2 sworn women and 18 civilians.

The total crime index for the year of 2017 in Tolleson amounted to 844 cases. These included 68 cases of violent crime, 5 cases of rape, 30 cases of murder, 33 cases of aggravated assault, 776 cases of property crime, 250 cases of burglary, 70 motor vehicle thefts and three cases of arson.

In 2016, the crime index recorded 54 incidences, among which 2 were of violent crimes, one robbery, one case of aggravated assault, 52 property crimes, 19 burglaries and 33 cases of larceny. The 2016 crime in Arizona report noted, however, that complete information was not provided by the police department of Tolleson this year.