Driving is something that is carried on in everyday life as a routine, without much thought into the negative externalities that might arise if we were to drive recklessly, or even if we drive sensibly. Driving requires a certain level of skill and temperament to perform, mainly because not only the lives of yourself and the passengers are at stake but also the pedestrians and other cars on the road face a threat too. When you add on drinking into this equation it is a dangerous cocktail and has the potential of disrupting and uprooting lives of people.

Drunk Driving is considered as one of the most serious crimes these days, just because of the fallouts that might take place. In today's culture, where a lot of people work weekdays and like to go out on the weekends, it is imperative that people follow the law and enjoy responsibly. Drunk driving laws or DUI laws aim to curb just that. DUI would rather include drugs, alcohol or any other intoxicant as it an abbreviation of Driving under the influence.

Drunk Driving laws aim to curb the practice of drunk driving by specifying a certain limit for driving after intaking alcohol. They do this by specifying a level known as Blood Alcohol Content (BAC), which if breached can lead you to be added to the book. The penalty may differ based on the level of BAC in your body.

In most other state jurisdictions, the BAC limit is specified at 0.08%, but the Utah legislature recently cleared a bill that has revised that to 0.05%, basically making Utah the strictest state in DUI laws. Law enforcement officials still maintain that this is just a benchmark, and they will judge whether a person is capable of driving on the spot. This is because BAC depends upon a lot of factors like gender, weight, age, etc. Utah divides its DUI offenses based on whether the person is a repeat offender or not;

If you're a first-time offender then you would be required to spend 2 days in jail or 48 hours of community service, with a maximum of 180 days in jail. A fine could also be imposed which would amount to $1,310. A license may also get revoked for a total of 120 days. An ignition interlock device that requires you to blow into it before starting a car might be warranted by the jail to get installed in your car if your BAC level is 0.16% or higher. 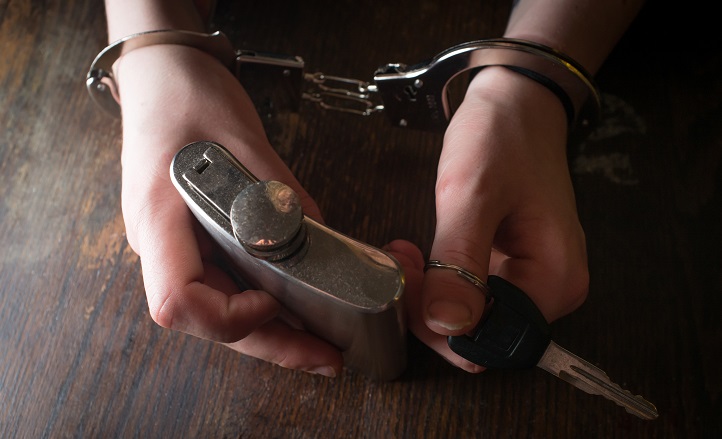 If you're a second-time offender then you may also attract a maximum jail time of 180 days. It includes a mandatory jail time of 5 to 10 days and a 30-day electronic monitoring program. Your fine may get racked up to $1,560. Your license may get revoked for 2 years. An ignition interlock device would be necessary for a period of 2 years as well.

Of course, the BAC level only applies to persons that are above 21 years, and not a drop policy of Utah state outlaws even a drop of alcohol found in minors. Punishment for drunk driving in Utah State, therefore, depends upon how many times the persons have committed the same offense. It should be noted here that for a DUI offense to be categorized as a repeat offense, a time period of not more than 10 years has to be present between the two.