What are the Utah Loitering Laws?

Loitering is to keep lingering in a public place with no credible reason to do so. Loitering becomes a public safety issue, and therefore a legal concern, when it escalates to an act of public nuisance and the individual doing it refuses to move along even after reasonable requests.

The basic purpose of having Loitering Laws, as there are in Utah, is to ensure public order and peace. Loitering, left unheeded, can lead to aggressive begging; blocking of traffic, streets, and public areas such as shop entrances; and other public disturbances. Prolonged loitering can also encourage more serious crimes such as drug peddling, public drunkenness, and prostitution.

Being aware of Utah Loitering Law is essential to differentiate between lawful and unlawful loitering. The Homeless Loitering Laws of Utah described below can enable the homeless, the vagrant, and the general public to exercise their legal right when faced with a legal situation.

It is also important to note the law does not concern itself with harmless loitering, which citizens can indulge in. The Utah Loitering Law kicks in when individuals intimidate people on the streets, harass them sexually, or peddle drugs, or do other unlawful acts in the name of loitering. 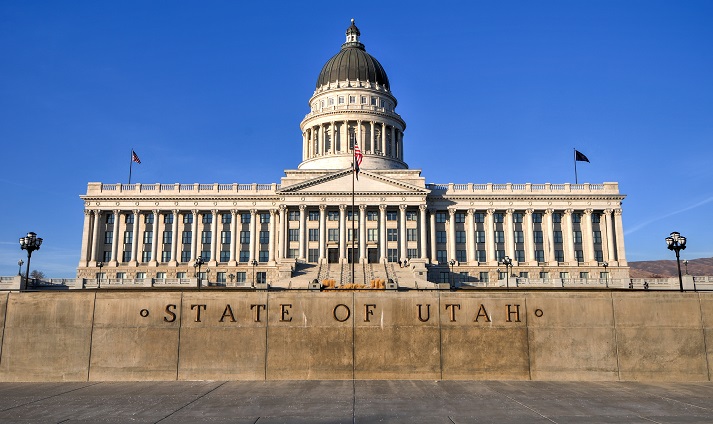 The Section describes loitering actions and specifies punishment for loitering in Utah:

When a law-enforcement personnel notices that an individual whom the officer believes, within reason, to be a member of a street gang involved in criminal activities, is engaging in gang loitering behavior, in a public place that has been designated as a no-loitering area according to Section 905, then the law enforcement personnel shall do the following:

According to the Loitering Law in Utah - Section 905, Chapter 9 of Title 76 of the Utah Criminal Code- the designated areas where such gang loitering is prohibited, and where dispersal orders can be issued by law enforcement officers as described above, are decided by legislative bodies at the county and municipal level. The legislative bodies may take a decision to designate certain areas because criminal street gangs:· Have established or are trying to establish control in these areas; or

The legislative bodies, prior to making a decision to designate areas, are required to consult individuals that are well-knowledgeable of gang street activities in such areas. Such experts may include: