The state considers it a violation of its DUI laws when a driver has a minimum BAC or blood alcohol concentration of .08 percent irrespective of the actual impairment level of the driver. Also, the alcohol volume required to reach such BAC levels may vary based on the kind of alcohol, body size, and gender of the person.

Punishment for Drunk Driving in Wisconsin

The state has set up maximum and minimum punishments for OWI convictions on the basis of the count of previous offenses committed within the past 10 years. The judge will determine the final penalty based on the prevailing circumstances and these limits. 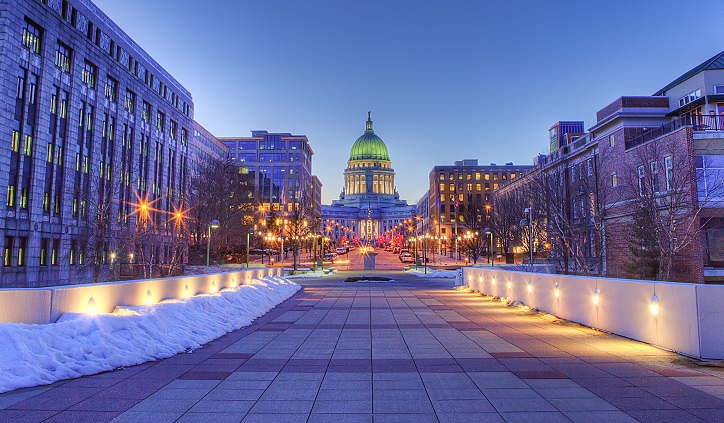 According to Wisconsin drunk driving law, the offender for the first-time violation of the OWI does not have to serve any jail term. However, the convicted has to pay a fine between 150 USD and 300 USD.

When the violation of the drunk driving law is committed for the second time, the offender has to serve a prison term between 5 days and 6 months. The convicted has to pay a fine amount between 350 USD and 1,100 USD.

If the violation happens for the third time, the offender is penalized by a prison term between 45 days and 12 months. The fine amount imposed by the court is between 600 USD and 2,000 USD.

Any driver who is found guilty of an OWI should agree to undergo an evaluation for alcohol and drugs. The state uses the evaluation to design a plan for driver safety that outlines the sobriety testing, OWI education, and the treatment needed for the guilty.

According to the drunk driving law of the state, if any conviction of OWI involved a passenger below 16-year-old, the period of license revocation, prison time, and fine shall be doubled.

License Sanctions for the Offender Driver

When a person is convicted of an OWI, the judge shall direct his/her license to be revoked in the following manner:

The IID or the ignition interlock device’s use will be required for a minimum of 12 months after the offender driver procures a reinstated license or a hardship license.

In Wisconsin, when the license of a driver is revoked for being convicted of an OWI, he/she can request an occupational or hardship license. A judge in the state is allowed to issue either of the above-mentioned restricted licenses that can be used by the offender driver only for movement related to treatment, school, or work purposes.

A driver who is below 21-year-old may be also declared guilty of the underage OWI. An underage motorist who is found guilty of driving with a blood alcohol concentration of more than .0 percent but below .08 percent will face a license suspension for 90 days, as well as, a fine amount of 200 USD.