Learn How to Blacklist a Phone Number

Phone numbers are things we like to hold onto for a long time, every time you change your phone number you need to update all your contacts. A 2010 study led by Colombia University found that the average number of social contacts held by one person is 611. Imagine having to change your number and update more than 600 people.

The reasons for changing your numbers are various, maybe you have an ex who won’t stop harassing you, maybe you were put on a telemarketers list, and the calls just keep coming in. Thankfully there is a much simpler option to stop these people from calling you, and that is to blacklist that number. This article will guide you as to how to blacklist a phone number both on iPhone and Android phones. 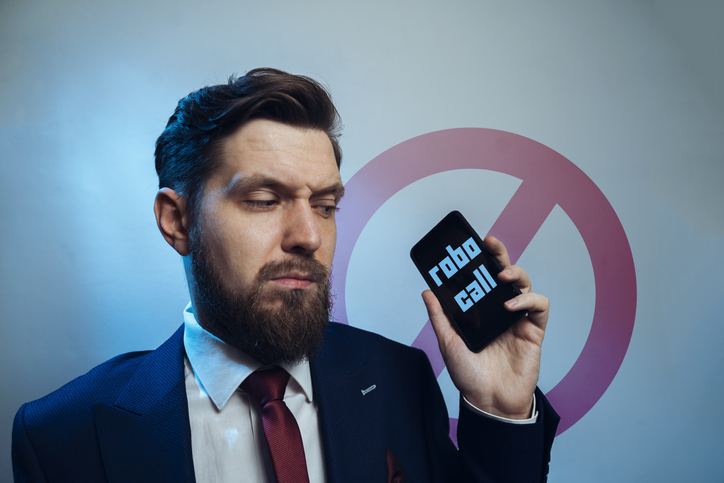 It is important to note that blocking a person's number does not block them on all apps as well. They may still be able to contact you on third-party apps like Instagram or WhatsApp. You will have to block them separately on each app. Additionally, blocking a number on your phone still allows you to call them, and they will be able to answer, you can also text a blocked number, but they will not be able to respond.

So if you are worried about drunk calling an ex, it is best to block their number and also delete their contact. It is also important to note that even if you unblock a number, messages that were sent from the blocked number, and calls that they have put through will not show up on your phone.

How to Blacklist a Phone Number on iPhone

The process to block a number on an iPhone is fairly simple. If you have them saved as a contact, you need to open the contact, scroll to the bottom and click “block this caller”. You can unblock them using the same method. If the contact is not saved, but someone who called you, scroll to the number in your recent calls list and select the small 'i' icon, and follow the same instructions. You can also go to the settings of the iPhone, scroll down to phone, and then blocked contacts, from there you can add new numbers to your blacklist.

Doing this will effectively block texts, calls, and FaceTime. When they send a text, their text will look as if it has been sent, but will not say delivered. If the blocked number tried calling you, they will be sent straight to voicemail. Aside from not displaying delivered when they send a text, this is the only sign that they've been blocked. The blocked person can still leave a voicemail, but it will not show up with your regular messages, you will need to scroll down to the bottom of the voicemail window and tap the "Blocked Messages" tab in order to read access them. When someone who was blocked on an iPhone tries to FaceTime you, the line will ring continuously on their end, but will not ring at all on your phone. 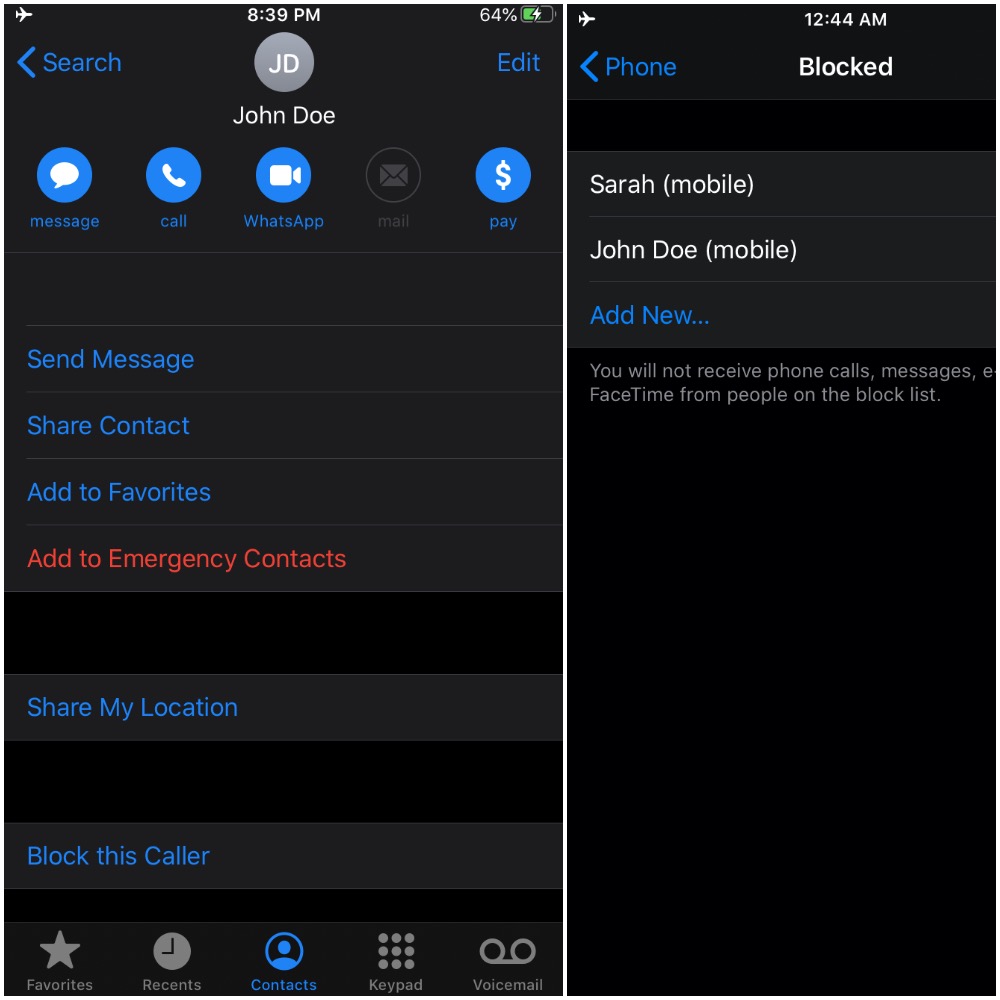 How to Blacklist a Phone Number on Android

As there are many different phones that use the Android operating system, the way to block a number on an android phone differs based on the model, but they usually are very similar methods. Many phones will allow you to long hold on a recent call which will open an options menu and you can select “block number”. Another method to block a number on an android is to open the Phone app, tap on the three-dot menu icon on the top-right corner, and select “Settings”. You will be led to a menu, from which you can select “Call blocking” and add the phone number you want to block.

Similarly to iPhone, messages that are sent to you will look as if they were sent to the sender, but will not arrive at your phone and calls from that number to your phone will automatically go to voicemail.

Other Methods of Blacklisting Phone Numbers

Some phone carriers in the US, including the four major ones (Verizon, AT&T, T-Mobile, and Sprint), allow you to block specific numbers on a service level. You can go to each service's website to use this service.

If you want to block telemarketers and other unwanted calls before they start calling you, you can add your number to the National Do Not Call Registry. You can register up to three numbers but you will need to use an email address to confirm your registration. You can also call 1-888-382-1222 to use this service. Your phone number will be added to the registry within 24 hours, but it can take up to 30 days for calls to stop.

You can also use third party websites to block and screen unwanted calls. 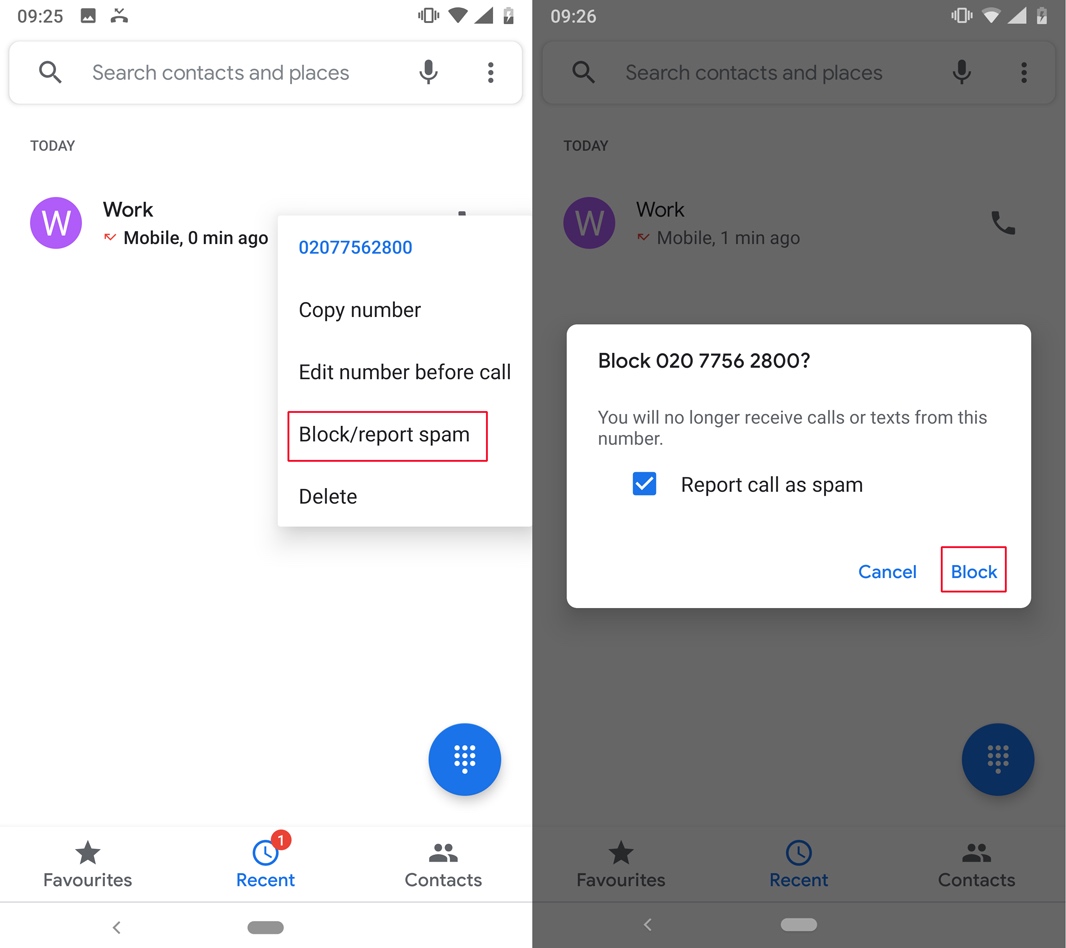 One call blocker app that is free but ad-supported is Call Blocker. You simply need to open the app and add contacts to the blacklist. The app will then block unwanted and spam calls. The app also features a Call Reminder feature that helps you identify unknown numbers.

Another app that is free and ad-supported is Calls Blacklist. You just need to launch the app and add a contact number to the Blacklist tab. You can add a number via your Contacts, call logs, messages log, or manually.

Truecaller is one of the most widely used free call blocker apps on iOS and one Android. Aside from blocking calls, it also lets you detect caller ID, and block spam calls and SMS’. Truecaller aggregates all the data from the contacts on your phone and the phone of everyone using the app in order to provide information about the caller.

Avast Cellblock has more than 100 million downloads on the app store. It allows you to block unwanted calls and it also serves as an app blocker, power saver, and other security-related perks like firewalls and virus scanning.

If someone keeps calling you, but you don’t know who it is you can use GoLookUp’s Reverse Phone Lookup tool.