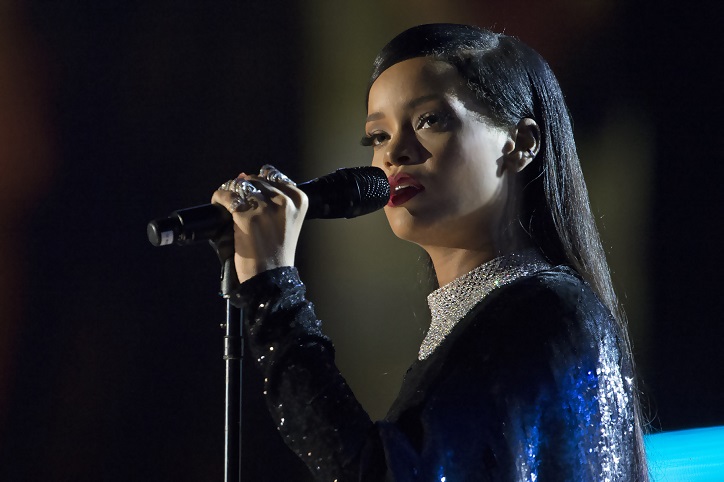 Everything You Need to Know about Rihanna

Pop sensation Robyn Rihanna Fenty was born on February 20, 1988, in St. Michael Parish on the Caribbean island of Barbados. Her mother, Monica Fenty(nee Braithwaite), an accountant by profession, is of Afro-Guyanese descent and her father, who worked as a warehouse supervisor, is of Irish and Afro-Barbadian ancestry. Rihanna is the eldest of the three siblings the couple bore. She has two younger brothers, Rajad Fenty and Rorrey. Their parents shared a troubled relationship, partly due to Ronald's addiction to crack cocaine and alcohol. As a child, Rihanna attended the Charles F. Broome Memorial Primary School and later, Combermere High School.

In 2003, Rihanna teamed up with two of her classmates to form a musical trio group. The three-member, the all-girl group managed to land an audition with famed American record producer, Evan Rogers. They performed renditions of songs by Mariah Carey and Destiny's Child, during which Rihanna out-shined her two group mates and caught the eye of the influential producer, who, in turn, arranged for another meeting along with her mother and suggested that she record a couple more demos.

Over the next year, Rihanna recorded two demo songs, “Pon de Replay” and “The Last Time,” which eventually landed her a deal with Evan Rogers' production company, Syndicated Rhythm. Her demo tapes were sent to Jay Brown, an A&R executive with Def Jam Recordings, New York. Brown played the demos to Jay-Z, who had recently been appointed as the chief executive officer of the famed hip-hop record label. At first, Jay-Z felt that the song was too big for the teen singer.  Despite his initial skepticism, he took a gamble and invited Rihanna to the Big Apple to audition for Def Jam Records. 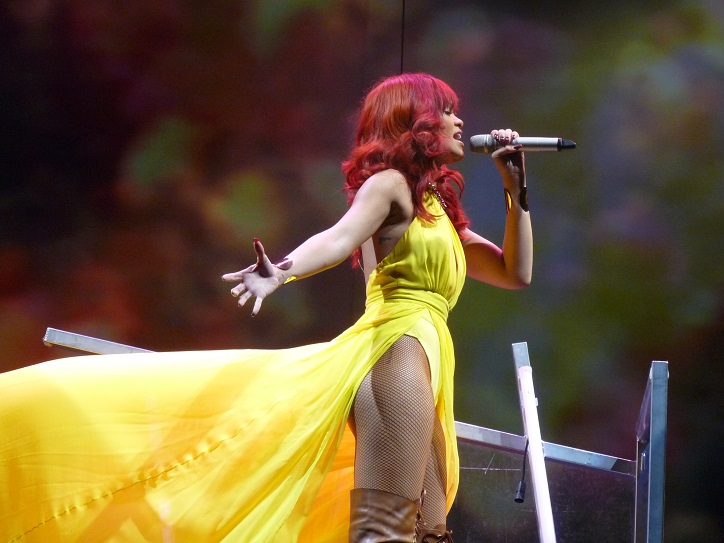 At the audition, Rihanna chose to sing a rendition of her idol, Whitney Houston's “For The Love Of You” along with the two demo songs she had recorded earlier, “Pon de Replay” and “The Last Time.” Her performance left both, Jay-Z and music mogul, Antonio 'L.A.' Reid impressed. Reid was convinced that he had to get her signed on the label and instructed Jay-Z to not leave the building until he had signed the recording contract. As a result, Rihanna landed a six-album record deal with Def Jam records. Soon after signing the contract, Rihanna and her mother relocated to the United States.

In May 2005, after working on the production of her debut album for three months, “Pon de Replay” was chosen as the lead single and was released under the mononym, Rihanna. The single hit the number two spot on the US Billboard Hot 100 chart. The song was a banger at the clubs all across the US, peaking at number one on the top Billboard Dance Club Songs. August 2005 saw the release of her debut album, Music of the Sun.

The album debuted at number 10 on the Billboard 200 album chart, sold well over 500,000 copies and received a gold certification from the Recording Industry Association of America. In April 2006, Rihanna dropped her second studio album with Def Jam, titled, A Girl Like Me. The album went Platinum, selling 115,000 copies in its first week of release alone. Her third studio album, Good Girl Gone Bad, came out in May 2007. It would prove to be the most critically acclaimed album among her first three releases. The lead single, “Umbrella” stayed at number one for ten consecutive weeks. It was her first single to have sold over 8 million copies worldwide. 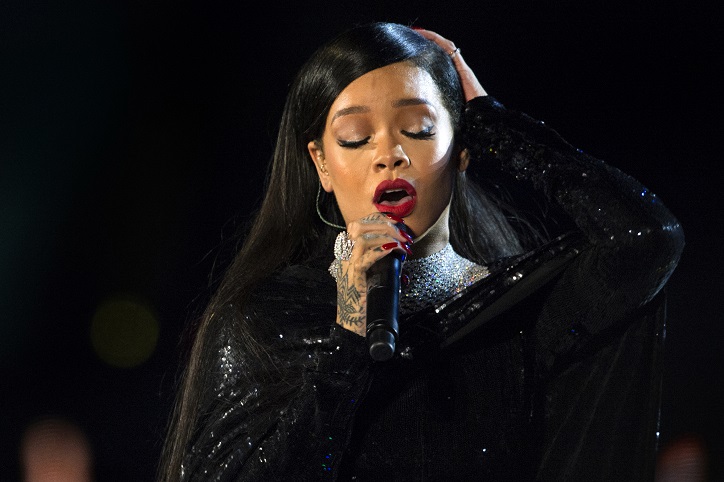 Cashing in on the success of her third album, Rihanna announced the Good Girl Gone Bad Tour in September 2007, with shows lined up across the US, Canada, and Europe. In 2008, Rihanna earned multiple Grammy nominations for the album. She bagged her first Grammy award for “Umbrella” with Jay-Z, winning the Best Rap Song Collaboration. “Rehab”, her fifth single from the album Good Girl Gone Bad went double Platinum, selling over 2.8 million copies. She was crowned the Diva of the Year by Entertainment Weekly.

To date, her third album remains the best selling album in the US, selling more than 9 million copies in total. In 2012, Time magazine listed Rihanna on the top 100 Most Influential People in the World. Later, in June 2014, Rihanna was presented with the Fashion Icon lifetime achievement award from the Council of Fashion Designers of America, an award given to individuals whose style has made a significant impact on popular culture on an international stage.

In October 2005, Rihanna stuck an endorsement deal with Secret Body Spray, which saw her release four exclusive fragrances over the course of four years, which grossed several million dollars. Rihanna became the 2011 Face of the Year for Vita Coco. In 2013, she launched her own holiday lines of makeup, RiRi hearts MAC with MAC Cosmetics. Rihanna collaborated with several premium fashion labels through the course of her career including Armani, Puma, River Island, Stance, Manolo Blahnik and Christian Dior. In March 2015, Rihanna became the first black woman to be chosen as the new face of Dior.

She later teamed up with Benoit Demouy to launch a beauty and style agency Fr8me. Based out of Los Angeles, California, the agency aided models and artists in their commercial endeavors. On March 30, 2015, it was announced that Rihanna part owned popular music streaming service Tidal, which specialized in lossless audio and high definition music videos. She also opened a photo agency named, A Dog Ate My Homework. In 2017, Rihanna launched her own cosmetic company Fenty Beauty under LVMH's Kendo brands. The collaboration was pegged at $10 million and saw Rihanna release several beauty products. Time magazine saw Fenty Beauty as one of the 25 best inventions of 2017.

A Guide for Getting a Gun License in Iowa