What is Statutory Rape Law and Punishments in Minnesota

Statutory Rape Laws are subject to the age of consent as prescribed by law. The age of consent is defined as the age for gaining the ability to give consent to sexual acts and encounters. Consequently, minors are considered incapable of giving consent. The minimum age of consent in the U.S. ranges from 16 years to 18 years of age across jurisdictions.

Every State of the United States explicitly prohibits adults, i.e. individuals aged 18 years or older, from having sexual intercourse, attempted intercourse or seduction of minors. Violation of this prohibition is deemed illegal. The chastity or consent of the victim or the unawareness of the accused towards the age of the victim unless such ignorance is permitted by a prescribed exception to be reasonable is immaterial. If the violation also involves sexual penetration, then it is deemed as a serious criminal offense of Statutory Rape.

The State of Minnesota identifies 16 years as the minimum age of consent without any exceptions i.e., sex between children under the age of 18 years or with adults with authority over them is also prohibited. There are no close-in-age exemptions, also known as Romeo and Juliet Laws in layman terms, which allow sexual activity for a prescribed age of minors within a maximum permissible age gap between the individuals involved. This means that both such individuals involved in the sexual act are liable to prosecution and conviction.

It is pertinent to note that while most states classify Statutory Rape as a strict liability crime unawareness of the age of the victim is inadmissible as an argument of innocence for the defendant during and after trial proceedings, in Minnesota, an exception to this liability is drafted into the Law.

The Statutory Rape Law of Minnesota is codified as Minnesota Statute 609.345 and classifies statutory rape as criminal sexual conduct of the fourth degree. Preconditions of this crime include:

Upon being found guilty for any of the above-stated preconditions except the last one, the accused may be sentenced under violation of subdivision 1 to not more than 10 years of imprisonment or a fine of up to $20,000 or both, subject to conditional release under section 609.3455. 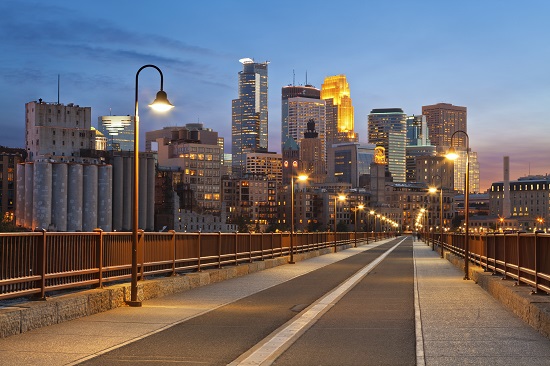 If the accused is found guilty for the last precondition and found to be an exception to imprisonment under section 609.355 since the stay of imprisonment is in the best interest of the complainant and the family unit, the accused may be sentenced under clause f of the said statute to incarceration in a local jail or workhouse, completion of a treatment program and prohibition from unsupervised contact with the victim prior to completion of the treatment program unless explicitly approved by the said program and the supervising correctional agent.

One such directory is GoLookUp - a website that provides online access to public records; to find out if a particular individual is a registered sex offender, you can use the website's criminal records' search engine. With this type of search, you need to enter the name of the person, and the system will scan public records and let you know if the said person is a registered sex offender. Another search is a general zip-code search that provides data about entire areas. When you enter a Minnesota zip code or another state zip code into the directory, GoLookUp will provide you with a full list of the sex offenders who live in that area. The list includes, among other details, the full names of the sex offenders in the zip code, the sex offenses they committed, their mugshots, and more.