How to Find Free Money During the Coronavirus
Good news! There are a few places on earth where you are not asked to pay but just to receive money. Which is exactly what we could hope for during this home confinement due to the coronavirus. Funny situation, finding yourself confined to your home, without being able to predict anything. Most of the worldwide population is obliged to stop working, stay home and wait for this virus to vanish. Consequently, many are worrying about their financial situation and are forced to live in the present moment, to pass this period of confinement and to hope that tomorrow will be better.

However, how can we manage the situation financially? It's in these moments that we really need a little miracle. Well ... maybe you are one of the Americans who will be entitled to theirs. Did you know that US treasuries keep billions of properties and unclaimed money, just waiting for their owners to come and claim them? With nearly $60 billion of lost funds, it is likely that you are entitled to money, with an average of $900 per each person. Isn't it the best way to find money during this coronavirus lockdown? Read on, we'll explain to you everything. 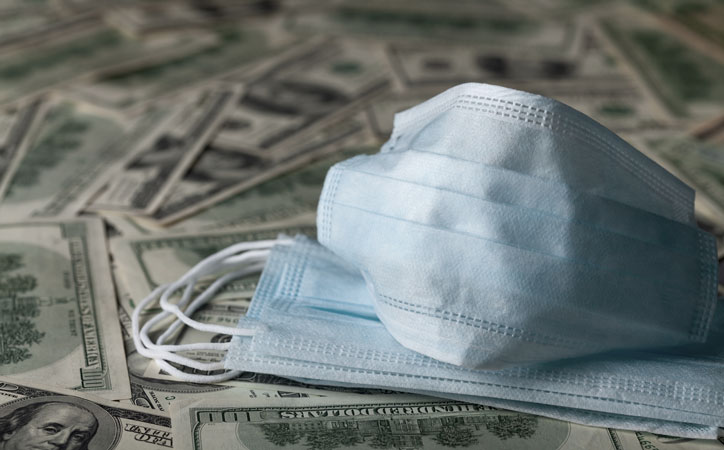 Unclaimed money is a term used to describe funds that have been left behind by people who earned them, but forgot they existed. When people in the United States move from one place to another, switch banks, switch jobs, and go through any other changes that involve money, they can eventually leave money behind. Basically, the IRS might owe you money, the state might owe you money, you may have unclaimed retirement benefits, there might be uncashed payroll checks waiting for you, you might have an unclaimed inheritance or find money in an old bank account.

The money, which can be found in different financial establishments, gets accumulated, and the people it belongs forget, or are unaware of its existence. Lost money can be usually found in several common, places, such as:

As of today, there are nearly $60 billion of abandoned money in the United States and millions of Americans who are entitled to money without being aware of it. By using an unclaimed money search service, you can find lost money that belongs to you and your family and claim it back from the proper authorities. 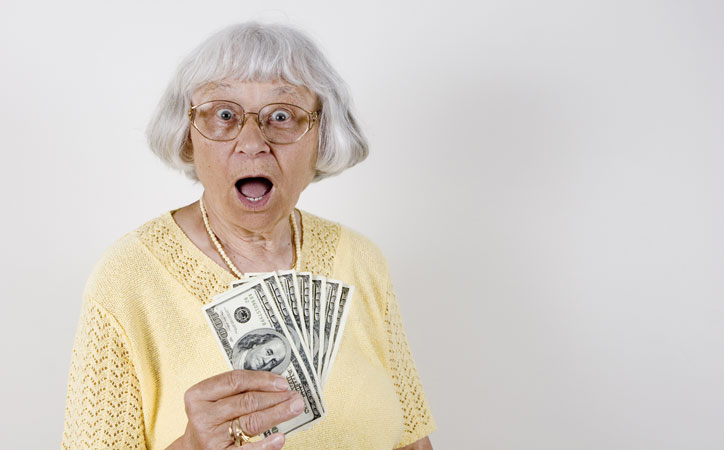 How do I Find Unclaimed Money?

If you want to search for unclaimed money and check if any money is owed to you somewhere in the United States, you will need to contact the authorities in charge of receiving and distributing unclaimed assets to the rightful owners. There is no nationwide authority, instead, each state has a state treasurer that maintains information about the unclaimed property. The first method would be to think about every state you or your relative have to abound with and then contact all state authorities. In most cases, you will be able to start your query online. 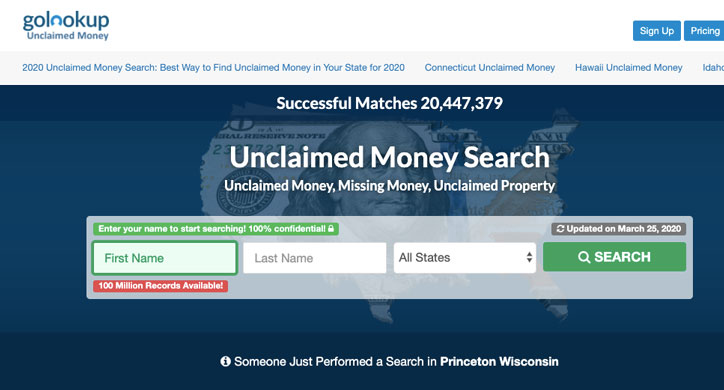 GoLookup allows you to search for unclaimed money nationwide with a few clicks. GoLookup gives you instant access to collective records for all 50 states in the United States, including New York state. With step by step instructions, GoLookUp directs you to the right place to get your form and helps you start the process to collect the unclaimed funds owed to you. Start your search today! Searching is free, however, creating an account requires a small fee. Take the chance to find free money during these times of trouble and perform multiple searches, for you and all your relatives. Miracles are not just for others!