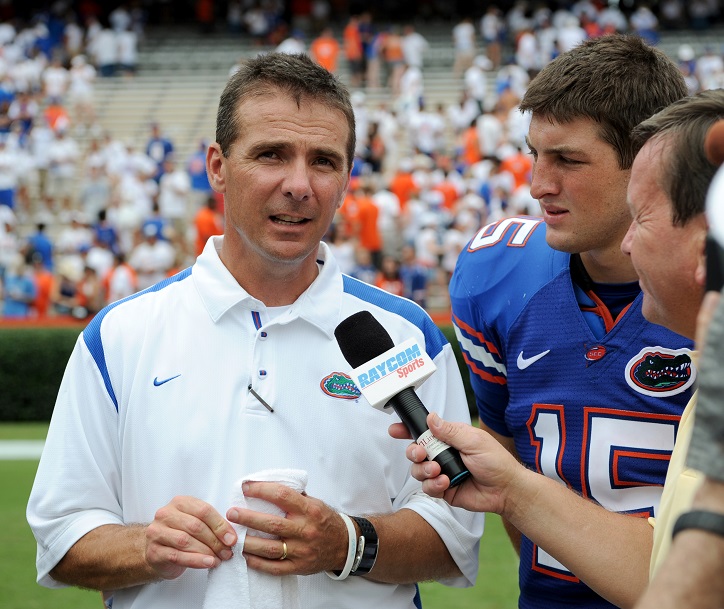 Everything you need to know about Urban Meyer

Urban Frank Meyer III is a legendary American athletic director and football coach. Urban Meyer was born on born July 10, 1964 in Toledo Ohio, making Urban Meyer’s age 55 years.  Meyer grew up in Ashtabula, Ohio, and later graduated from Saint John High School in 1982. Soon after graduation, he was selected to represent the Atlanta Braves in the 1982 Major League Baseball draft. He dabbled in minor league baseball for two straight seasons in the Braves.

Simultaneous to playing for the Braves, Meyer also played football at the University of Cincinnati as a defensive back. Meyers holds a bachelors degree in psychology and a master's degree in sports administration from Ohio State University. While studying in Cincinnati, Meyer met Shelly Mather, a nursing student, at a philanthropy event. They soon got married and went on to have three children together, two daughters, Nicole, and Gisela and a son, Nathan. Both his daughters played division I volleyball, Nicole played for Georgia Tech and Gisela who represented the Florida Gulf Coast. 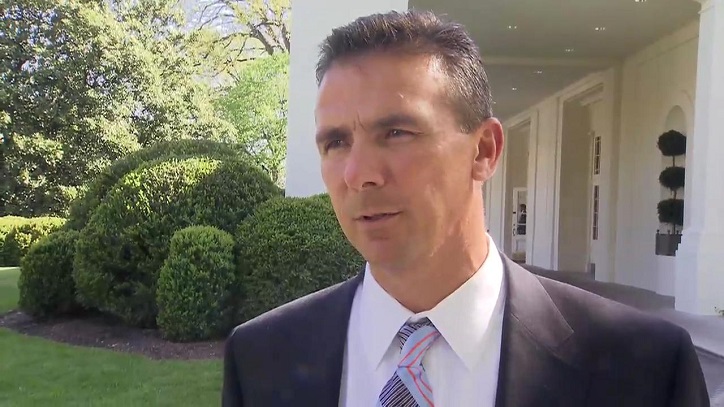 Meyer leveraged his playing experience as a defensive back for the University of Cincinnati to take up the position of an interim defensive back coach at the Saint Xavier School in Cincinnati, Ohio. For an entire season, Meyer interned under the tutelage of legendary St. Xavier head coach, Steve Russo. His first coaching position saw him work for two years under the mentorship of Ohio State head coach, Earle Bruce.

Meyer spent the next 13 years assisting at several universities, i.e., Illinois, Colorado, and Notre Dame. Meyer's first head coaching job came in 2001, where he was picked to train at the Bowling Green. During the first season, Meyer pulled off one of the greatest comebacks in the history of NCAA football.

Going 8-3 and ending the season with  56-21 victory over arch-rivals, Toledo Rockets. He was honored with the Mid-American Conference coach of the year award. After completing two seasons at the Bowling Green, he took up a job at Utah. During his first year there, Meyer was named Mountain West Conference's coach of the year with a 10-2 record, the best first season score for a head coach at Utah.

The Sporting News named Meyer National Coach of the Year, the first Utah coach ever to earn the honor. In 2004, Meyer led the Utes to a Bowl Championship Series bid. He led the Utes team to a Fiesta Bowl victory over Pittsburgh, securing a perfect season (12-0), a feat they had not achieved since their 1930 win. In the wake of his success at Utah, Meyer was offered a $14 million, seven-year coaching contract with the University of Florida for the 2005 season. Later in 2007, he signed a six-year extension contract with the Gators. 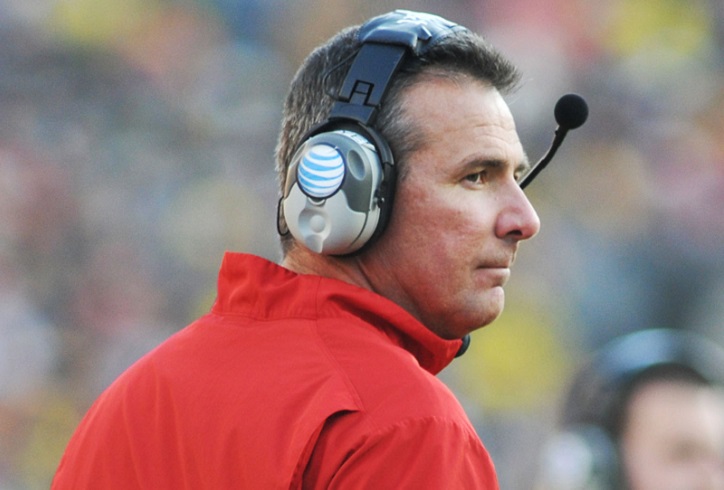 Another contract extension in 2009 saw Meyer become SEC's highest-paid coach, totaling a whopping $24 million over six years. The Gators began the season ranked no.1 by the largest ever margin in the history of the AP preseason poll. They maintained their rank at the end of the regular season at 12-0. During the 2010 Sugar Bowl, took on the unbeaten Cincinnati Bearcats.

The Gators ended up winning 51-24 and finished the season with a 13-1 record for the second consecutive year. Gators' victory over Kentucky during the 2010 season saw Meyer win his 100th victory as the head coach. At the time, his record was at 100-18 throughout ten seasons, the 6th fastest NCAA coach to do so. On December 8, 2010, Meyer announced his retirement as the Gators' head coach citing personal health and family as reasons for throwing in the towel.

In 2011, Meyer resigned as the head coach of the Florida Gators on a high with a 37-24 Outback Bowl win. After his resignation, he briefly worked with an American television network, ESPN, as a sports analyst and commentator. In 2014, he led the Ohio State Buckeyes to their first-ever Big Ten Conference title under his tutelage, also the program's 8th national championship. Meyer became one of three coaches to have won a major college football national championship at two different universities.

Following his stint as an ESPN analyst, Meyer was offered a position of head coach for the Ohio State Buckeyes which he accepted and signed a 6-year contract for 4 million dollars annually. In 2015 it was reported that Meyer extended his contract until 2020.

A recent controversy came to light in 2018 when Ohio State put Meyer on administrative leave while he was under investigation. The school was ascertaining to what extent he knew about alleged domestic abuse committed by former assistant coach Zach Smith, who was fired from the staff in July 2018. The investigation concluded that Meyers did not uphold the school's standard and he was suspended from the first three games of the 2018 starting season. Meyer announced his retirement at the end of the 2018 season and is currently a Fox Sports analyst.

More recently reports have been coming out that the Dallas Cowboys are interested in hiring Meyer as a coach for the next season, and the Cowboys have confirmed they have a real interested in bringing Meyers on to the team. Meyer’s is a three-time national champion and serial winner in college football, with a 187-32 record across four different programs. He would be an asset in bringing the Cowboys’ record back to what it was.