Most public records can be accessed through the agency in which the record was filed, as a reference you can find the official source of any public record through the Center for Disease Control’s directory. You can also find a large number of older vital records in genealogy websites such as MyHeritage, Ancestry, or FamilySearch. Most of these services cost money. In this article we will identify as many free databases within each state in which you can search for vital records, for all other cases, you can use a public record search such as GoLookUp, Truthfinder, or BeenVerified. 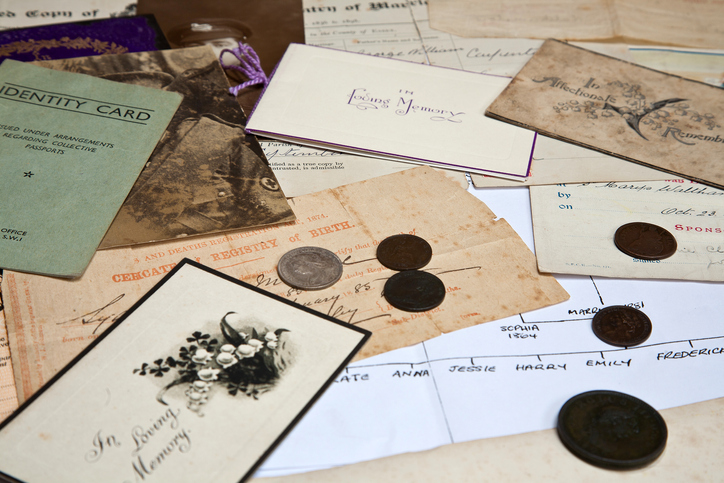 What Are Vital Records?

Vital records are any of the following 4 types of documents; Birth Certificate, Marriage Certificate, Divorce Certificate, and Death Certificate. Official records can always be ordered from your local records office, but sometimes you need to get records faster, or you don’t have the exact details for the person who’s records you are looking for. In these cases, you will need to use a third-party source that will provide you all search matches according to your search criteria.

The Center for Health Statistics collects all health-related statistical data for the state of Alabama and operates the vital records system. The Center keeps and issues certified copies of vital records including birth, death, marriage and divorce certificates for these such events that happened within the state of Alabama. You can access most vital records from the Center for Health Statistics through their county health department in 30 minutes or less but in most cases, you will need to provide ID. You can also access Alabama Death Records from 1908-1974 for free which includes information such as full birth and death date, place of birth and death, parents' names, spouses' name, and occupation.

In Alaska, the Health Analytics & Vital Records Section is responsible for keeping track of all vital records for events that occurred within the State of Alaska. For an unofficial vital record data, the cost is one dollar per record.

The Arizona Department of Health Services offers a free resource that provides access to Arizona Birth Certificates from 1844-1964 and Death certificates from 1844-1958. This service includes PDF images of the actual certificates. There is also the Western States Marriage Records Index which includes names and other information extracted from mostly pre-1900 marriage records in several western states, including quite a few from Arizona. 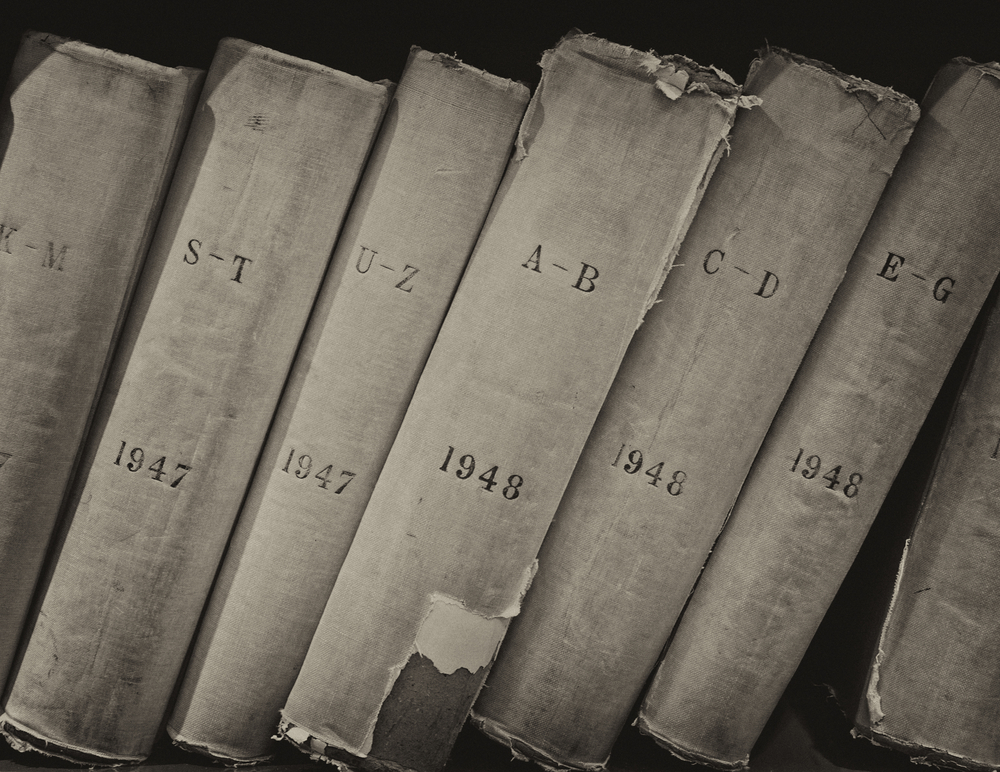 For marriage records, you can look at the Western States Marriage Records Index which is a free database that includes records from before the 1900s from several states in the West of the US including California.

As a western US state, there are a number of Colorado marriage records that are available in the Western States Marriage Records Index.

FamilySearch has begun to upload digitized copies of the Connecticut vital records into its database. Most records date from the colonial era to the year 1900. Many of the records are indexed and can be searched statewide by name, but there is not a state-wide index to Connecticut vital records from 1851 through 1897, for which you will need to know the county in which the event occurred.

FamilySearch provides a searchable name index and images of Delaware birth records, which you can look through to find birth records in Delaware ranging from 1861-1908. 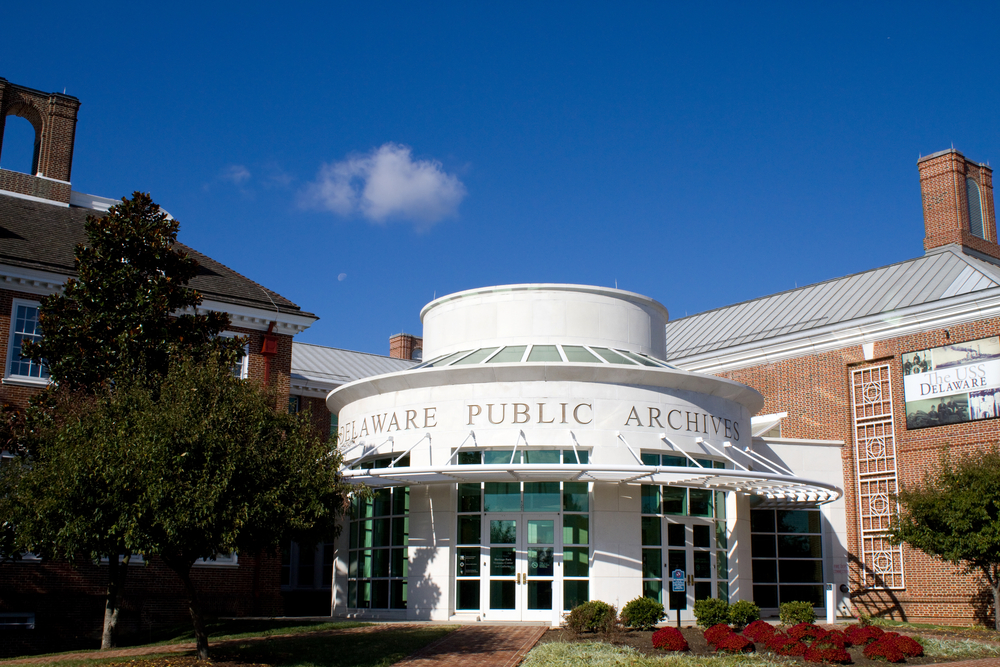 There is a free name index of death records kept by the Florida Department of Health and Vital Statistics. This resource includes records from 1877-1939 and includes where available full birth and death date, place of birth and death, parents' names, spouses' name, occupation, and date and place of burial

Vital records in Hawaii are collected and archived by the Office of Health Status Monitoring unit of the Hawaii Department of Health. The state maintains a database of births, deaths, and marriages and a partial archive of divorce records which currently include events between July 1951 to December 2002. In Hawaii, all records become public only after 75 years after the filing date.

As a western state, there are marriage records from the state of Idaho available in the Western States Marriage Records Index starting from the 19th century. You can also find Idaho death records ranging from 1911-1937 from the Idaho Death Certificate Index on the FamilySearch website, these records are available for free. 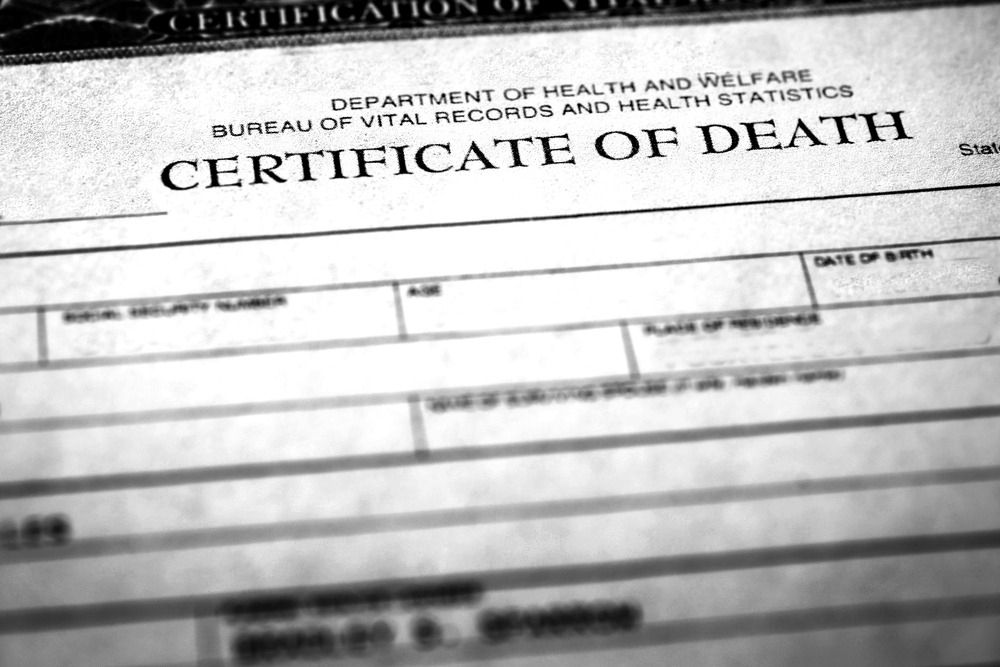 The Illinois State Archives and the Illinois State Genealogical Society provide a free index online that includes many marriage records from 1763-1900 on a searchable online database. The information that is available can include the full name of both parties of the marriage, the date and county in which the marriage took place.

The Indiana Genealogical Society provides a free index of state records for certain counties in the State of Indiana, these records include marriage records from 1911-1959 as well as military records. The counties included in the Indiana database are; Adams, Blackford, Decatur, Franklin, Henry, Huntington, Owen, Rush, and Sullivan.

FamilySearch has a free index of marriage records from the state of Iowa ranging from 1906-1937. A portion of these records is fully searchable.

There are not many options for a free vital record search in Kansas, but the Friskel funeral home which is a large and longstanding funeral home in Kansas has made all their records from 1905-2014 available on FamilySearch. 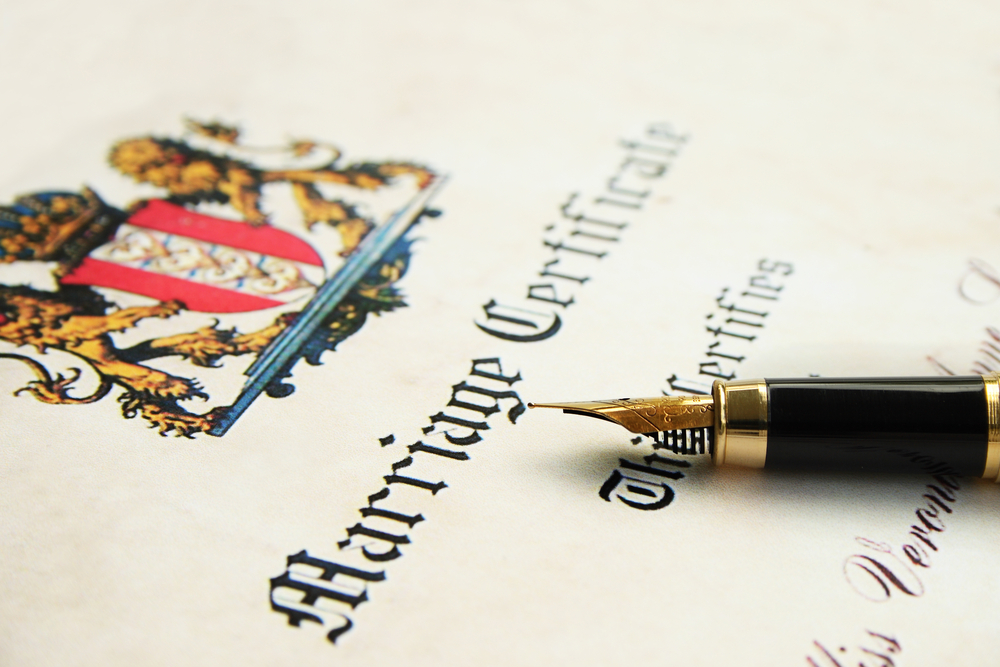 The website FamilySearch provides a free index for death records in Louisiana. The index includes records from all parishes from 1911-1954, and from Jefferson Parish from 1850-1875 and 1905-1921.

The New England Historic Genealogical Society keeps many vital records from the state of Massachusetts and includes data from 1841-1915. These records include birth, death and marriage records. You can access free death certificates from 1841-1915 through FamilySearch.

The Missouri State Archives provides a free database that includes an index and digital images to statewide death certificates in the state of Missouri from the year 1910 to 1958. 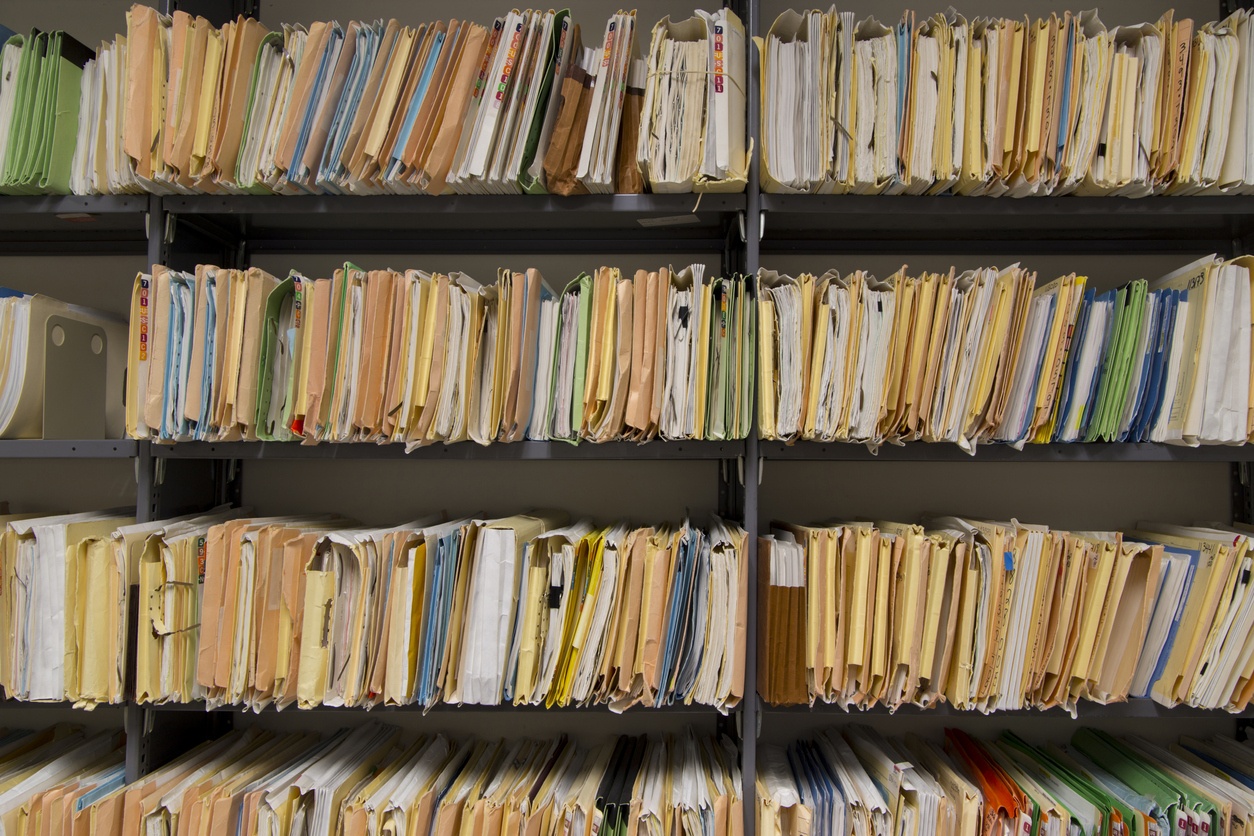 The Montana State Genealogical Society provides a Montana State Death Registry Index, that ranged from 1954-2002 online. This database has over 650,000 records County Divorce Records are available with a paid subscription to FamilySearch and range from 1865-1950.

FamilySearch has a free database that includes marriage records from twelve counties in Nebraska that range from 1855-1995, the database also has birth and christening records from 3 counties from 1877-1895.

When looking for marriage records in the state of Nevada, the Western States Marriage Index includes some records and can be searched by name and includes records pre-dating the 1900s. For birth and death records, you can use FamilySearch’s free database that covers 1871-1992.

FamilySearch provides a free birth index for births occurring in New Hampshire up until the year 1900.

Marriage records from New Jersey ranging from 1682 to 1956 are available on FamilySearch, although it does not include all New Jersey counties and years due to contract restrictions. The site also includes a database of birth records from 1660-1980. FamilySearch additionally has a name index of death and burial records from 1720-1988.

FamilySearch hosts a free index of death certificates and records from the state of New Mexico from 1889-1945. The information available can include full name, date, and place of birth and death, spouse and/or parents' names, occupation and date/place of burial. 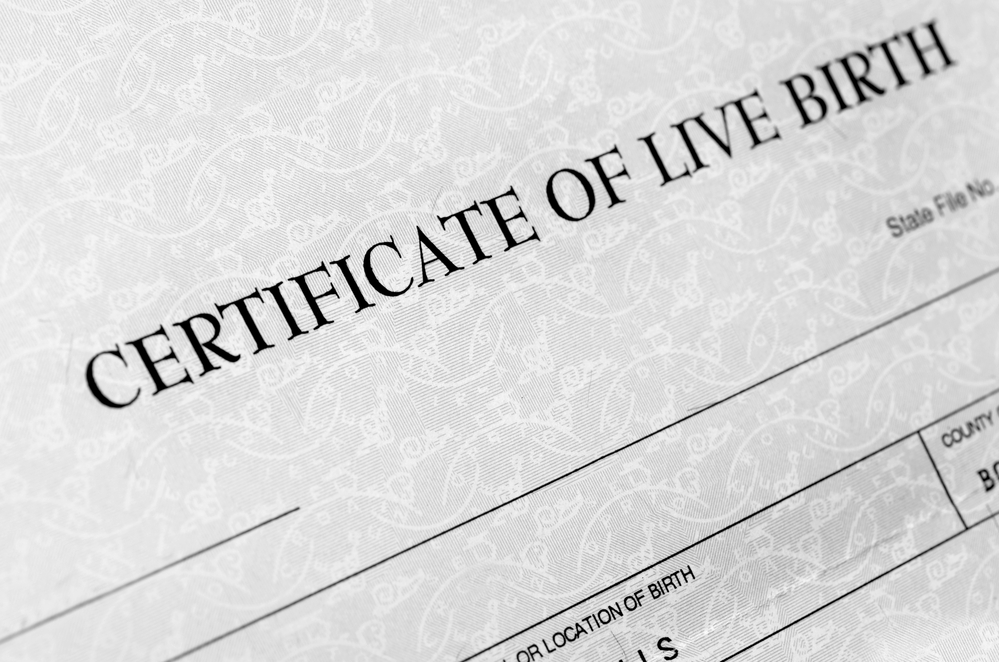 FamilySearch offers a free name index and digital images of death certificates recorded in the state of North Carolina from 1906-1930.

FamilySearch hosts a database of County Marriage Records in North Dakota 1872-1958. Some divorce records for Barnes, Burleigh, and Towner counties and can be accessed through The Daughters of the American Revolution (DAR). Death records can be found using the Public Death Index which is available online from the Department of Health which allows searches from 1881-2008.

Some marriage records from the state of Oregon can be found in the United States Western States Marriage Index, these pre-date the 1900s. Otherwise, FamilySearch provides a collection of Oregon Marriage Records from 1849-1952, and a database of Births and Christenings from 1868-1929, although the collection is not complete. The site also has an index of death records from 1903-1998.

FamilySearch has a free online collection of Philadelphia City Death Certificates from 1803-1915. The site also has a marriage index which is fully searchable by name from 1885-1951. 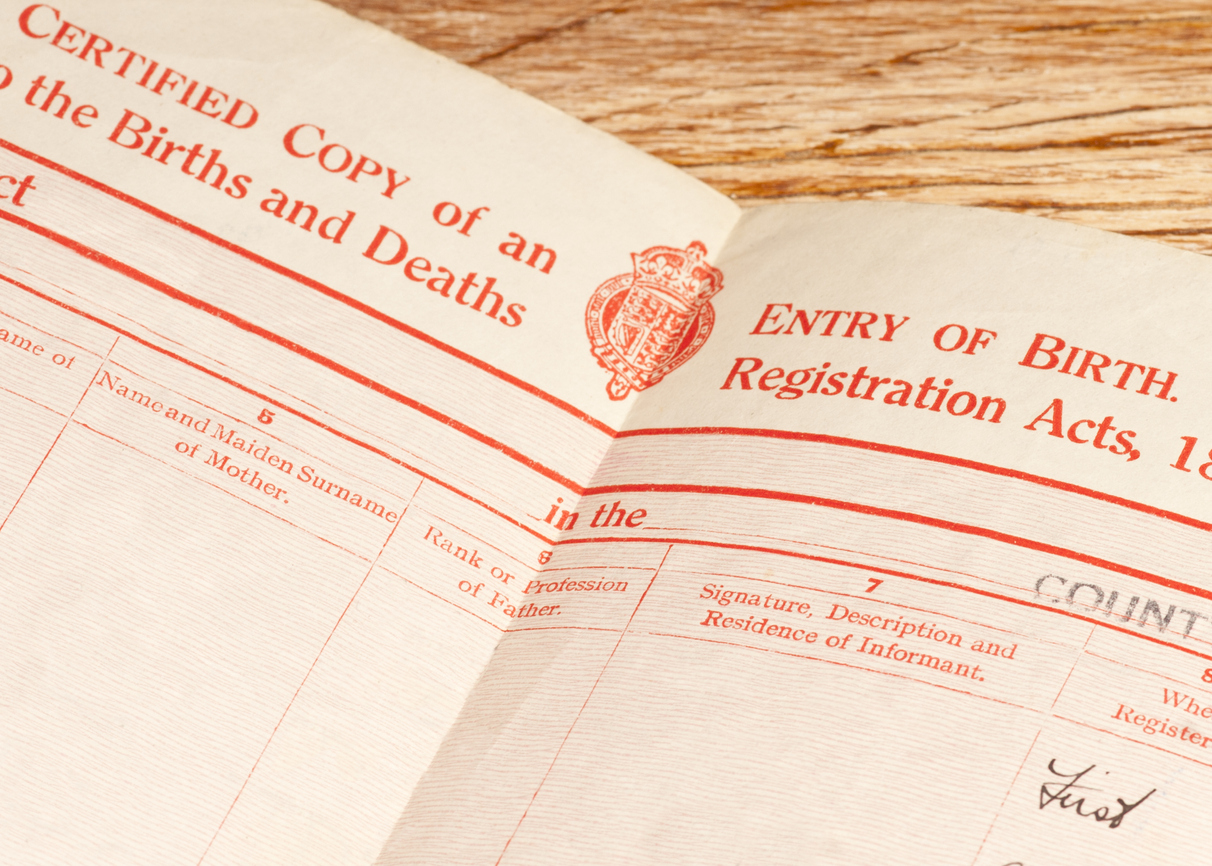 FamilySearch offers a partial births & christenings index from the state of Rhode Island from when the state was first settled until 1914. FamilySearch also offers a death and burial index that includes data from 1802-1950, this database has over 840,000 names with details on included records by time period and locality. The site also has a partial marriage records index starting from 1724-1916.

FamilySearch hosts a free online collection of digitized South Carolina death certificates from the Department of Archives and History that range from 1915-1943. These records are sorted by year and alphabetically by locality, the index is also searchable by name.

More than 225,000 South Dakota birth records are available on a free database from the South Dakota Department of Health. These records date back to the early 1900s.

FamilySearch provides a free database of death records in Tennessee from the year 1914 when statewide registration became mandatory until 1955. The site also has marriages from Tennessee County that range from 1790-1950.

FamilySearch hosts almost 9 million death records in a database from 1890-1976 sourced from the Texas Department of State Health Services in Austin. They also offer a separate database of death records from the same source that ranges from 1977-1986.

The Utah Division of Archives & Records Service hosts a free database of digitized Utah death certificates for the period 1904 to 1960. Another database hosted by FamilySearch covers death records from Salt Lake County from 1908- 1949.

A database of all sorts of vital records including birth, marriage and death records in Vermont is available from FamilySearch that ranges from 1760-1954. Additional records from 1955–2008 are expected to be added to the database. 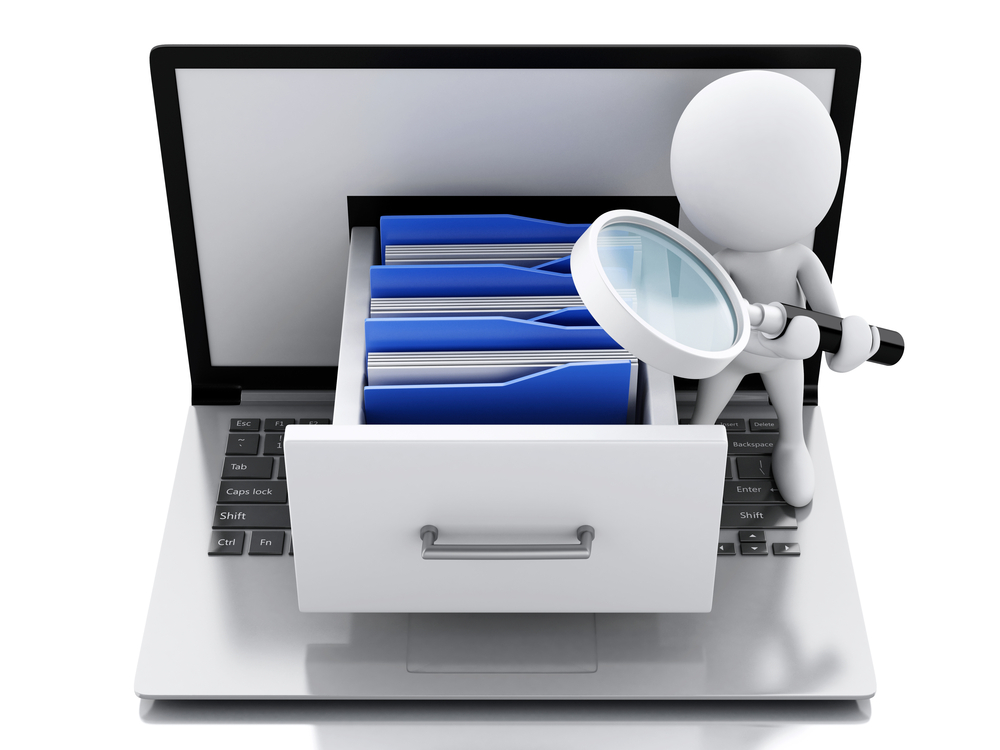 The Virginia Genealogical Society hosts a death index that is fully searchable and is compiled of county death registries ranging from 1853-1896 to date only 15 cities and counties have partaken in the submission of their records. FamilySearch provides a database of births and christenings from 1853-1917 which is searchable by name.

The Washington State Archives has begun to digitize their entire collection of birth records, and they currently have records from 1891-1907 available on their website, records after this year are not public record yet. They have also begun to digitize their collection of death records which range from the same dates of their birth records. Marriage records are available on the same site, but range from 1866-2002.

West Virginia was one of the first states to make vital records available online, through the Department of Arts, Culture and History, they host a variety of vital records including birth and death records dating back to the mid-1800s. They also have marriage records that date back to the formation of counties in the state.

The Wisconsin Historical Society hosts a genealogy index that provides access to all vital records from the state of Wisconsin dating back to 1907.

Using FamilySearch you can access for free an index that includes around 14,000 records that took place in Wyoming between 1877 and 1920.


Find vital records for any state online with a GoLookUp Public Records Search!

How to Make a Body Pillow for a Perfect Night's Sleep