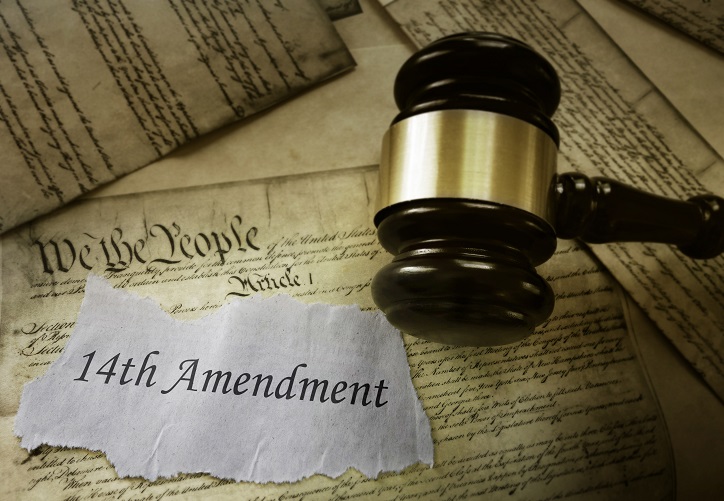 The 14th Amendment to the U.S. Constitution was first ratified back in 1868. It relates to the rights of citizens and became especially important in the context of rights of those who had been former slaves. This Constitutional Amendment aimed at giving such individuals the rights of other citizens.

What is the 14th Amendment?

What makes the 14th Amendment so important is that it was one of three amendments that came during the Reconstruction era and were aimed at bringing both legal and civil rights for Black Americans. The aim was to abolish all vestiges of slavery. It went on to become a very important foundation on which landmark Supreme Court judgments would be taken in the years to follow.

But what does the 14th amendment say? While the actual text is longer, what it does is prohibit states from depriving a citizen of “life, liberty, or property, without due process of law.” It also prohibits the states from denying a citizen equal protection under the law, in the state’s jurisdiction. This applies to both natural citizens and naturalized citizens.

The Sections of the 14th Amendment

The 14th Amendment has multiple sections - five in all. Interestingly, four of these five sections had each begun their life as a separate proposal back in 1866. Initially stalled, they were blended together in this new amendment under one broad umbrella that became known as the 14th Amendment. 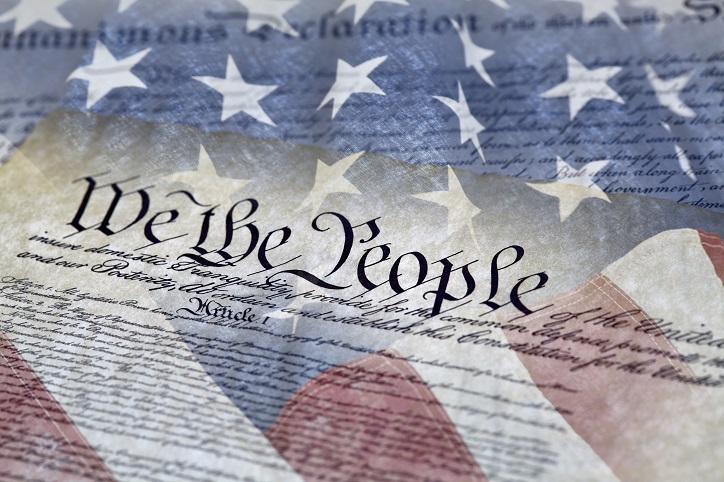 The first section covers the all-important protection of rights of all citizens. “All persons born or naturalized in the United States, and subject to the jurisdiction thereof, are citizens of the United States and of the state wherein they reside. No state shall make or enforce any law which shall abridge the privileges or immunities of citizens of the United States; nor shall any state deprive any person of life, liberty, or property, without due process of law; nor deny to any person within its jurisdiction the equal protection of the laws.”

The second relates to representation in the House of Representatives. “Representatives shall be apportioned among the several states according to their respective numbers, counting the whole number of persons in each state, excluding Indians not taxed. But when the right to vote at any election for the choice of electors for President and Vice President of the United States, Representatives in Congress, the executive and judicial officers of a state, or the members of the legislature thereof, is denied to any of the male inhabitants of such state, being twenty-one years of age, and citizens of the United States, or in any way abridged, except for participation in rebellion, or other crime, the basis of representation therein shall be reduced in the proportion which the number of such male citizens shall bear to the whole number of male citizens twenty-one years of age in such state.”

The third curtails the ability of those who’d been in office and supporters of the Confederacy from taking positions of power in government again. “No person shall be a Senator or Representative in Congress, or elector of President and Vice President, or hold any office, civil or military, under the United States, or under any state, who, having previously taken an oath, as a member of Congress, or as an officer of the United States, or as a member of any state legislature, or as an executive or judicial officer of any state, to support the Constitution of the United States, shall have engaged in insurrection or rebellion against the same, or given aid or comfort to the enemies thereof. But Congress may by a vote of two-thirds of each House, remove such disability.”

The fourth section relates to debt accumulated by Confederate states. “The validity of the public debt of the United States, authorized by law, including debts incurred for payment of pensions and bounties for services in suppressing insurrection or rebellion, shall not be questioned. But neither the United States nor any state shall assume or pay any debt or obligation incurred in aid of insurrection or rebellion against the United States, or any claim for the loss or emancipation of any slave; but all such debts, obligations and claims shall be held illegal and void.”

The fifth section says, “The Congress shall have power to enforce, by appropriate legislation, the provisions of this article.” and aims at allowing for implementation of this legislation. 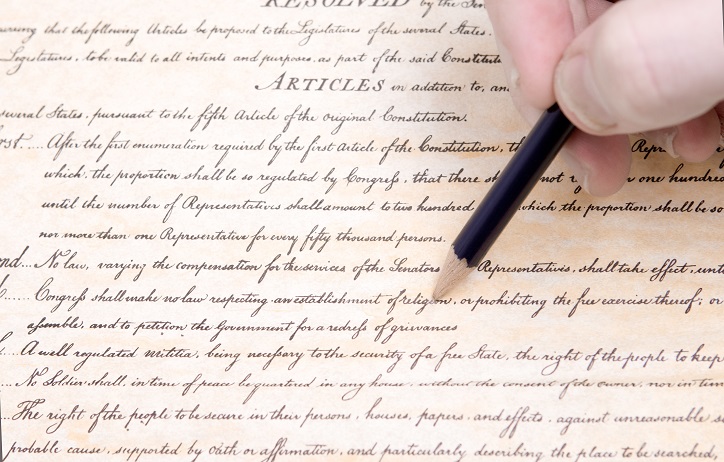 The 14th Amendment is also referred to as the “Reconstruction Amendment” owing to the idea and intent behind it. Unlike the 13th Amendment which looked upon slaves as three-fifths of a person when it came to representation in the House of Representatives. This new amendment, reflecting the new-found freedom of former slaves, specified that when apportioning representation in the House of Representatives, each person would be counted as a whole. Indians not taxed were not covered by this amendment.

What it also did was disallow/prohibit anyone who was a military office holder or civil office holder that supported the Confederacy from holding office at either the federal or the state level. Any exceptions to this would need to be approved by a two-thirds majority vote in the Houses of Congress.

The other thing this amendment did was to exempt both state and federal governments from responsibility relating to debts that the rebel Confederate States of America had racked up. The national debt was upheld.

Despite the goals of this amendment, a true change did not come from Black Americans right away. “Black codes” as well as other laws in place in some areas, like some southern states, continued to curtail the civil rights of former slaves and Black citizens.

Help Hotline: What Are Emergency Numbers in America?